Candace Bushnell on Dating, #MeToo and Her New Book “Is There Still Sex in the City?” 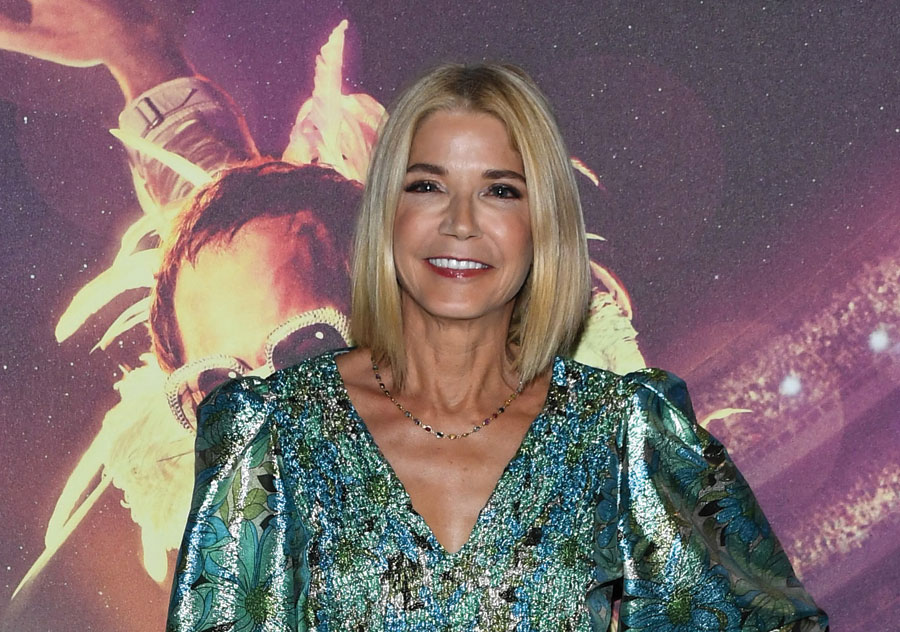 She’s agnostic about birthday parties, the gal who sprang Sex and the City on the world.

Especially “decade” birthdays, which Candace Bushnell admits she hates “the way I hate New Year’s Eve,” as she puts it in her wistful new book, Is There Still Sex in the City? “Somehow they’re supposed to be more fun than any other party, when in reality the best times are always the parties that aren’t planned, when things just happen.”

“One of the things about 50-something birthdays,” moreover, she posits, “is that people tend to forget them. Once you pass the big five-oh, they are not that significant. Partly because at a certain point, you realize there is not that much of a difference between 58 and 52.”

No wonder, then, that Bushnell balked a bit when she turned 60 last December. To party — or not to party?

Ultimately, though, after deciding that the previous decade had indeed portended much change (of rediscovering old friendships and finding new ways to have relationships, including her own very public divorce from her ballet dancer husband) and that turning 60 was not unlike “waking up from a bad dream,” as she writes, she relented and had a celebration. Just a small one.
“In many ways, I have never been more content,” the authoress once dubbed “Jane Austen with a martini” matter-of-facted when I rang her up to talk. That is just the place that she is at — both in life and between the pages. Using a wickedly deadpan okay-that-happened voice combined with a spiky appreciation for the absurd, Bushnell has indeed returned recently to the essay form, harnessing a genre that famously laid the groundwork for the pop culture pinata that was the Sarah Jessica Parker (as the author’s alter-ego, Carrie Bradshaw)-led HBO series over six seasons (and, later, two feature films). In the book, she muses on aging, romance, social media, friendships, shopping and grief, all the while covering the gamut of age-reversing creams, vagina rebirths c/o something called the Mona Lisa treatment, later-in-life marriages, young guys who have absorbed one too many MILF videos and, of course, la vie en Tinder.

Referring to the latter, i.e., her deep-dive into the culture of Tinder in one chapter, she did agree with me that a better title, possibly, for her book, might just be Is There Still Dating in the City?

“That is the big question!” she laughed. “We thought dating was bad in the ’90s. But we still sorta had courtship. There was the art of
seduction …”

A boomer at her core, Bushnell grew up in Connecticut, the daughter of one of the inventors of the hydrogen fuel cell that was used in the Apollo space mission. Later, she apprenticed, so to speak, at Studio 54, using the party playground of New York City to hone an anthropologist’s eye that continues to be put to ample use.

According to her editor, Elisabeth Schmitz, also the editorial director of independent publisher Grove Atlantic, the tone of the new book is “joyous, but there’s also a melancholy; aging involves sadness … death, divorce.”

Speaking with Publishers Weekly, Schmitz further added that, after sticking to novels for many years (Lipstick Jungle, One Fifth Avenue, etc.), this collection marks a return for Bushnell — “that sly, sharp reportage, the acerbic essays in her particular hybrid style, blending journalism and fiction.”

Her observations, inevitably, run the gamut.

On the preponderance of the Madison World Blond A hair hue donned by denizens of the Upper East Side variety, it is a shade “not too platinum or too gold … bouncy, of a length that can’t be described as long or short. In other words, Madison World Blond is a pleasantly interchangeable hairstyle that looks good on many women and often causes them to look exactly alike to the point where these women are often mistaken for other Madison World Blonds, even by their own husbands.”

On dating up — and a certain 75-year-old hot shot “The good thing about men like Arnold is that you can say pretty much anything you want to them, and they won’t be insulted. They’re so arrogant and sure of themselves it never crosses their mind that a woman could be insulting them.”

When, in fact, I turned the subject to #MeToo and the quakes of late between the sexes — it readily occurred to me that the movement must have been just reaching its fever as she was in the midst of writing her latest — she interjected, “That is something I think about all the time — whether there is a #MeToo or not.”

Going on to call it the proverbial “tip of the iceberg,” Bushnell explained that while #MeToo gave permission to women to speak up, we need to continue to push discussions about economic disparity and the fact, for example, that “four women are killed every day because of partner violence.”

Ditto: all the “casual misogyny.”

Wait … was I witnessing the Germaine Greer-ing of Bushnell?

Actually, the woman through whom a stealth feminist shiver has always run — you just had to read the subtext as well as the text — then went on to tell me that powerful men, particularly of a certain age, “are so astoundingly sexist” that “they are not going to change — and they truly, truly don’t see a reason to change. It’s just brain cement. Those neurons do not reach there.”

But yet — she followed up by saying with a conspiratorial hush — she has often felt compelled to temper her honest portrayal of sexism in her books “because when I present men in a more realistic way, the editors tell me: no, no, no, the men are too awful. They say that women still want that fantasy.”

Taking a segue, I asked Bushnell about another recurring current in her book — that of being a childless single woman of a certain age. “It’s like being a weird Christmas ornament by yourself,” she admitted, clarifying a point she makes in the book that when you have children, your life has “a pattern.

Predictable, perhaps, but also comforting. Because when you have kids, you know what you’re supposed to do with your life. You know what’s supposed to happen and when.” And though she has never pined to be a mother and still has no regrets, that pang of melancholy is omnipresent. “There is no script” when you are a childless woman in our society. “What category do you fall in? Does that category even exist …?”

On a lighter note: how about the fact that Bushnell was spotted out and about recently in the same dress that Sarah Jessica Parker had donned a little while back, too? The internet made a fair bit of hay about it: the two Carrie Bradshaws duking it out in the same floral Stella McCartney number. She let out a coltish sound when I brought it up and, speaking like a true fashionista, told me, “It’s such a great dress. I have worn that dress five times. I like the puffy sleeves. It is kind of my book dress.”

Finally, what is this we hear, oh Ms. Bushnell, of Is There Still Sex in the City? being optioned for a TV series? It’s true, she reiterated, telling me she is working on the pilot now. “We are,” she said, “just at the beginning of the process now.”

RELATED: Candace Bushnell Opens up about Dating and Sex in Her 60s