Colm Feore On Returning to Stratford As Richard III, 32 Years After First Playing the Part 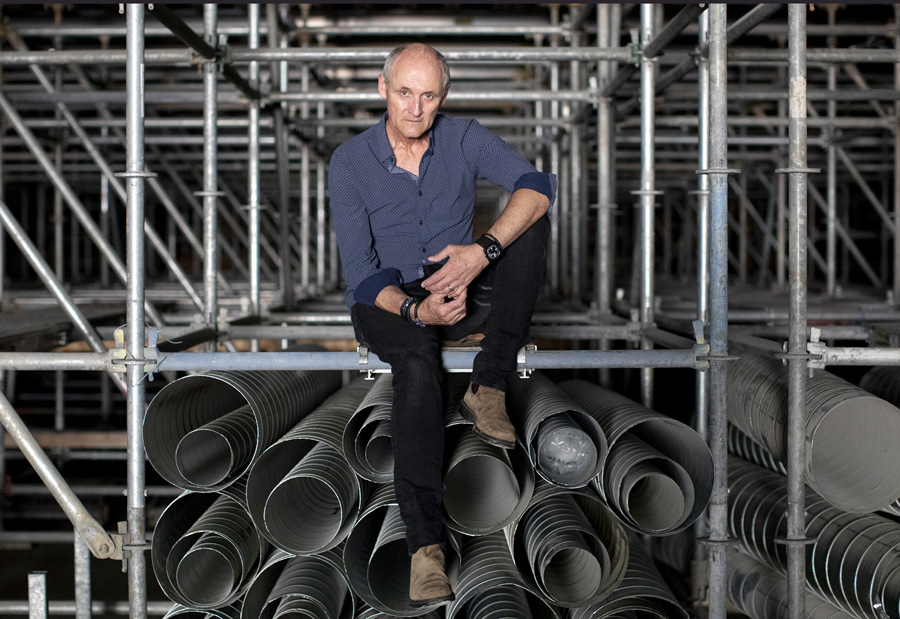 Last week, mere days after the announcement that famed stage and screen star Colm Feore would open the Stratford Festival’s new, multimillion dollar Tom Patterson Theatre in 2020 in the role of Shakespeare’s Richard III — a symbolic staging, given Sir Alec Guinness opened the Stratford Festival itself in the same role in 1953 — the American-born Canadian actor headed for the beach.

It’s a rare respite ahead of the work to come, enjoying the sand and waves and watching his daughter play volleyball in Toronto’s east end. But when I congratulate him over the phone for nabbing the iconic role and being chosen as the “Alec Guinness” who’ll usher Stratford into the next stage of its existence, Feore, who turns 61 on August 22, admits, “I’m very excited about it, in a very gentle and sort of frightened way.”

Feore, not surprisingly, is a fan of Guinness, to the point that, “one of my comfort blankets when away anywhere, in hotel rooms around the world, is watching and re-watching him in Tinker Tailor Soldier Spy and feeling everything wonderful that he does. So I shall continue that.”

But he adds that Guinness “did something very brave” back in 1953, when the revered Shakespearean actor agreed to cross the pond and help launch a Shakespeare–themed theatre festival in a small Ontario town at the request of the fest’s first artistic director, Tyrone Guthrie.

“And as I’ve worked for every artistic director of Stratford except for Guthrie,” Feore adds, “I feel I’m pretty well placed for baton and torch passing.”

In fact, next year will mark Feore’s 18th season with the Stratford Festival. But for an actor whose resume includes film and television roles too numerous to mention here — including the Bon Cop, Bad Cop movies, The Amazing Spider-Man 2, the TV series The Borgias and his current gig on the hit Netflix series The Umbrella Academy — 2020 seems an appropriate time to revisit Richard III.

That’s because 2020, of course, represents hindsight, which is what Feore employs when recalling his first turn as Richard III at Stratford in 1988 at age 30. By the time he hits the stage in the Tom Patterson Theatre, 32 years will have passed between his two performances of the same part.

“It is a sobering thought,” he says, “to realize that when the real Richard III was my age, he’d been dead for 30 years. However, we have a fabulous wig department and some very clever makeup people so we’ll figure that out.”

And as for his approach to the role this time, as opposed to 30-plus years ago, “I liken this very much to Glenn Gould doing the Goldberg Variations in 1955 and then coming back at the end of his career and doing them again in 1980. There was such sagacity, if you will, wisdom, in the second version. The first is youthful, energetic. It’s fast, it’s sexy, it’s furious. It’s all kinds of things. Wise it’s not; placed, nuanced, it’s not. And I’m doing it with Antoni Cimolino, a director with whom I have an enormous [synergy] … He’s a terrific director and very honest with me and so I felt that we could build on anything that we both knew about the play in our youth, but then do what we’re really supposed to be doing now.”

He adds, “We’ve worked really, really hard at this in order to make it seem absolutely effortless. This is going to be very simple for you. You just buy a ticket; trust me — you’re in good hands.”

Of course, at Stratford, the smaller size of the theatres and the proximity of the audience to the stage adds an element of intimacy to a play like Richard III — not to mention the festival stages fewer performances of each show as compared to Broadway, where Feore has also performed Shakespeare.

In Stratford, “you’re doing the same show three, four, five times a week. And so consequently you can approach it much more like opera,” the actor explains. “You can give a little bit more. And so consequently, it lends a kind of first-nightness to every single show you do. It doesn’t ever get routine because it’s not; it can’t.

“And that’s peculiar to Stratford I think,” he adds. “When I was doing Caesar on Broadway, you stab yourself in the gut at three o’clock in the afternoon. ‘Ah!’ Eight o’clock, stabbing myself in the gut again. ‘Agh!’ We pull up our socks and we do it, and it’s all calculated spontaneity. Some days we’re fooling no one.”

Another difference for Feore in 2020 compared to his stint as Richard III in 1988 is that, this time around, he’ll have his wife with him at the festival. Donna Feore, 56, a famed theatre director and choreographer, will helm a production of Chicago, which she helped land for the fest, as well as a brand new musical called Here’s What It Takes, written by Barenaked Ladies frontman Steven Page and famed Canadian playwright Daniel MacIvor.

“We just celebrated our 25th wedding anniversary on the weekend. Our kids threw a party for us,” Feore notes, before quipping, “Well, our kids hosted a party for us, which meant that they stood there and smiled at people while I paid for everything and set it all up and found a caterer.”

The couple’s actually been together for 29 years, and it turns out that some habits don’t change, Richard III or no Richard III. Feore explains that he often does the cooking at home, because his schedule filming The Umbrella Academy allows him to be home in time to prepare dinner for the family.

“As the director, the phone rings a thousand times and they all need answers from [Donna], and she has to have one. Me, I don’t care. I’ve remembered my lines; I’m done. And I will have to do the same thing while doing Richard III … because she’s not going to accept any change in the status quo of how this actually works, because there’s this one person in our family who’d kind of a [big] deal, and it isn’t me,” he laughs.

So, I ask, does that means that when we watch Feore on stage as Richard III in the new Tom Patterson Theatre, we’ll know that just a few hours earlier he was putting the final touches on dinner?

“I’ll probably [have] something done long before that, or it was frozen and it’s under wraps,” he says. “I’ll still be bleeding from cutting myself with my over-sharpened knives.”

Click here for more information on the Stratford Festival.

Q&A with the Stars of Bon Cop, Bad Cop 2