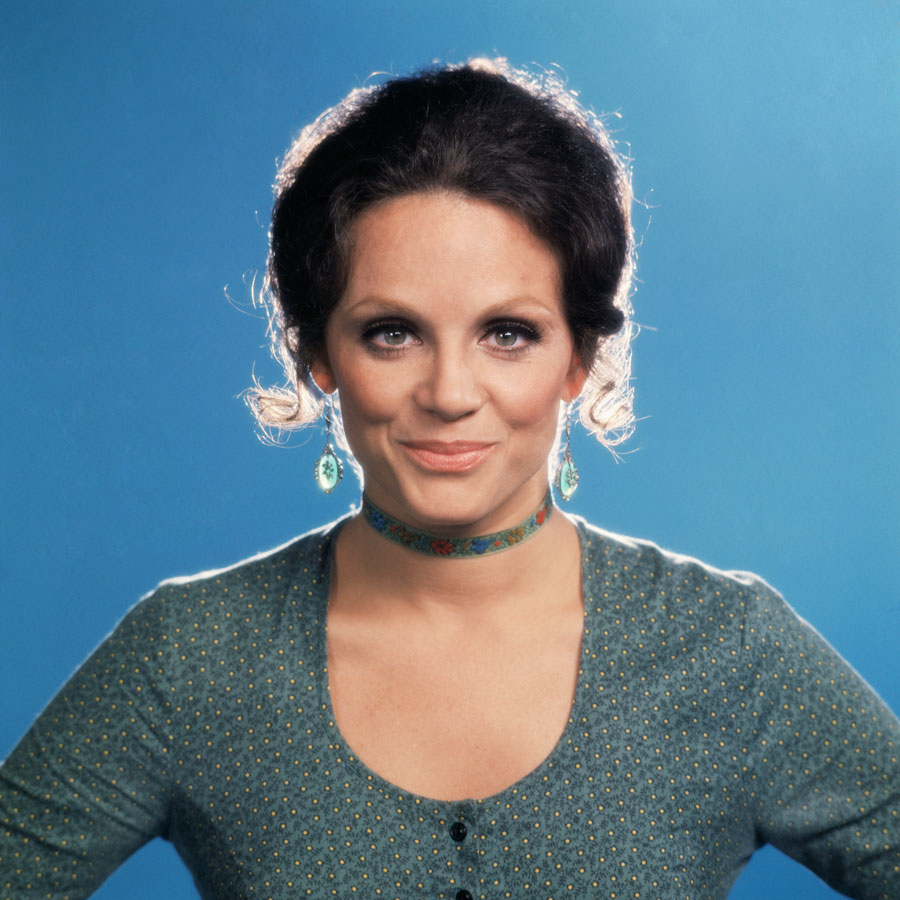 It is understood that “The Mary Tyler Moore Show” was an inspiration for a generation of single working women, with its heroine Mary Richards’ quest for the backbone and confidence to, as the song says, “make it on her own.”

But, as often as not, that backbone had a name. It was Rhoda Morgenstern.

Mary’s best friend Rhoda was played to perfection by Valerie Harper, who died Friday at age 80 after a decade battling cancer.

Loud, direct, self-critical in an I’m-doing-it-before-you-do-way, sarcastic and not taking anyone’s crap, Rhoda was the kind of best friend a psychiatrist might prescribe. Though she was conceived as someone who envied Mary (for her thinness, poise and boyfriends), she soon evolved into someone who filled the spaces in Mary’s self-confidence with Bronx bravado.

Dressing too prim? Rhoda always had a wisecrack. Mary’s seeing a younger man and, desperate to fit in with his twenty-something friends, takes Rhoda to a hip clothing store called, pretentiously, “Shot Down Over Ecuador Junior?” Rhoda traded barbs snark-for-snark with the bored salesgirl and convinced Mary she was embarrassing herself by trying to fake her age.

She’d even introduce recklessness into Mary’s life, getting drunk while helping her write “advance obits” at home, and injecting gags in the obituary of Minneapolis’s oldest citizen (with predictable results when the man actually died).

In retrospect, I feel Rhoda so personified everything Mary wanted to do but couldn’t, she could have been an imaginary friend only Mary could see.

As many of the best friendships do, theirs started with friction. Rhoda’s first words to Mary on introduction were, “Get out of my apartment.”

Seems Rhoda felt she was in line for the vacancy, but Mary was fast-tracked into the place by building manager Phyllis Lindstrom (Cloris Leachman), who frankly didn’t like Rhoda. This not only set up Phyllis as the series-long object for Rhoda’s sharpest barbs, but set up Rhoda’s and Mary’s friendship with a line worthy of Rick and Louie at the end of Casablanca.

Mary: “You know what? In spite of everything, you’re really a pretty hard person to dislike.”

Rhoda: “I know what you mean. I’m having a hard time hating you too. We’ll both have to work on it.”

Rhoda was the strongest female character in a show full of strong characters, three of whom (including Phyllis and Lou Grant) would be spun off directly into their own series. But Harper was the first, fielding spin-off ideas by season two and ultimately saying yes to the network series “Rhoda” in 1974.

That series brought Rhoda back to New York and gave the stage veteran, dancer and comic actress Harper a chance to interact with more great character actors – Nancy Walker as her mother Ida, Harold Gould as her father Martin and Julie Kavner (later the voice of Marge Simpson) as her self-doubting sister Brenda.

But the network’s “gimmick” was for Rhoda to find love and marry Joe (David Groh), a first-season marriage that was promoted to “event” status, attracting 52 million viewers.

But something about the series “Rhoda” seemed wrong to me. Harper had been the stand-out in a sitcom whose message was that women didn’t have to get married to thrive in this world.

That reality must have been felt in the writers’ room, since viewers of “Rhoda” were eventually “treated” to the breakup of that marriage, a bit of a downer in a show that was looking for laughs. “Rhoda” lasted four seasons.

I was a full-time TV critic, working for extended stints in Los Angeles, when the next network act came for Valerie Harper, giving her the chance to prove she could bite just as hard in real life as Rhoda could on TV. Two seasons in to the sitcom “Valerie” (in which she played a mom to three sons, with a pilot husband who was often out of town), Harper played hardball in a contract dispute, confident of her position in a show with her name on it.

But Hollywood always had a plan B with “difficult” women. Her character was killed in a car accident. (Think about all the women who died in sitcom premises over the years – leaving widowers like Fred McMurray, Andy Griffith and Bill Bixby to raise kids alone).

The press briefings were comedy gold. The show’s title was first changed to “Valerie’s Family” (if the rest of the cast quit in support, would they have called it Valerie’s Furniture?). Then, to put punctuation on the issue, it was changed to “The Hogans,” with Sandy Duncan stepping in as the new female lead.

Suits and countersuits flew. And in the end, Harper was awarded $1.4 million and profit participation in the show which no longer starred her.

Her last act was an equally impressive fight. When her cancer issues manifested in a brain condition in 2013, she was given months to live. Months turned to years, during which time she took part in an episode of Betty White’s sitcom “Hot in Cleveland,” with fellow Mary Tyler Moore Show alumni Moore, White, Leachman and Georgia Engel – their first acting appearance together since 1977.

Whatever else happened in her life and career, Harper remained that friend you found hard to dislike.