Robbie Robertson Talks TIFF, the Band and “Once Were Brothers” 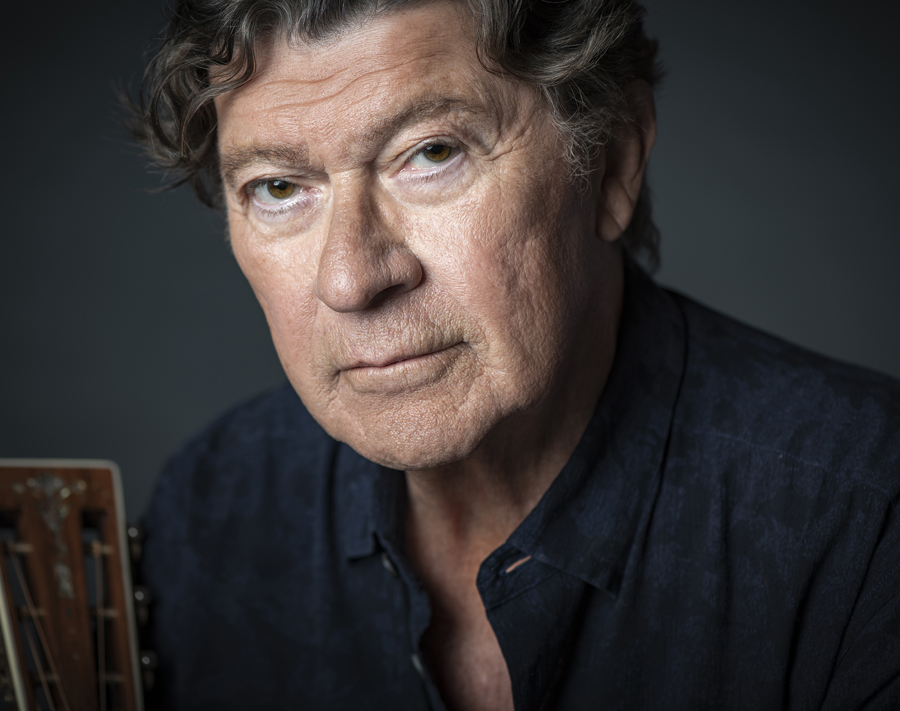 It’s been a whirlwind ride for Canadian rock legend Robbie Robertson, who went from playing clubs on Yonge Street in downtown Toronto as a teen music hopeful to global rock superstar who penned some of the greatest songs in rock and roll history — most famously as a member of The Band. And now, after riding his musical talent around the world for the better part of his life, the 76-year-old, who graced Zoomer’s cover in 2011, returns to Toronto on Thursday, just a few short blocks from Yonge Street, to watch it all flash before his eyes in the documentary Once Were Brothers: Robbie Robertson and The Band, which kicks off the 2019 Toronto International Film Festival.

“Yeah, it’s kind of full circle isn’t it,” Robertson laughs. “[Yonge Street] was a music Mecca [then]. There were great jazz clubs and rockabilly clubs and R&B clubs and after-hours places. And right down the street was Massey Hall. And so I thought it was pretty great. Now, in time, places move on and that all faded away. I understand that. But it is a big long circle of coming back.”

Directed by Daniel Roher and based on Robertson’s 2016 autobiography Testimony, Once Were Brothers traces, “Robertson from his early life in Toronto and on the Six Nations of the Grand River reserve, in Southern Ontario, to the creation of legendary roots-rock group The Band.” It’s also the first Canadian documentary to ever open TIFF.

But that’s not all that Robertson’s got on the go. Along with TIFF, his sixth studio album (and first new disc since 2011), Sinematic, drops on September 20th, he’s penned the score for the hugely anticipated upcoming Martin Scorsese film The Irishman (starring Al Pacino, Robert De Niro, Joe Pesci and Harvey Keitel) and this September marks the 50th anniversary of The Band’s seminal, self-titled sophomore album.

Robertson recently discussed it all with Zoomer.

MIKE CRISOLAGO: Let’s start with the documentary Once Were Brothers. What did you learn about yourself from watching this film?

ROBBIE ROBERTSON: I don’t know how much I learned but I did have some flashbacks. And I felt very moved by certain things. There was stuff that the movie touches upon that I’ve kind of left in the past. I’m very much somebody who’s really in the moment of what I’m working on and looking forward. And outside of writing my book Testimony I don’t spend that much time reliving stuff. But it was put together so beautifully. And the part early on in it with my mother and the Six Nation Indian reserve and all of that stuff, that really kind of set me on the path of making music and going into a world that I believed I belonged in. And there wasn’t a lot of other people that thought this was possible at the time. Everybody used to kind of pat me on the back and say, “Well you know, that’s not going to happen, but it’s nice that you dream.” And I was like, “I don’t understand why you can’t imagine this, because I can’t stop imagining it.”

MC: Did you imagine this level of success for yourself?

RR: No because you’re just in the moment. I wasn’t thinking, “Boy, one of these days, when I’ve been living three quarters of a century, I’m going to make a hell of a record. They’re going to do a documentary about me that really tells a story. I’m going to be working on one of the greatest movies of the year, The Irishman. They’re going to be releasing an album on the 50th anniversary of a record that I made 50 years earlier that changed the course of music” — all this shit. I had no idea. You just get up in the morning and you look out and say, “Wow, the sun’s shining. What kind of magic can we make today?”

MC: You mention in the film that The Band had been at the frontline of musical revolutions, “and now we’re just left with our memories.” Is it bittersweet to be celebrating this film without so many of your band mates?

RR: This song that the film was named after, “Once Were Brothers” … I’m really digging deep into a place of how much I do miss my brothers. And Richard [Manuel] has passed away. Rick [Danko] has passed away. Levon [Helm] has passed away. I’m tremendously moved by that. So that’s what was going on and that’s part of what I’m talking about in this movie. And as sad as it was, it was quite wonderful too that I got to see Levon before he passed on and sit there with him and kind of go down that path of that journey that we went on together. We went on an amazing, incredible journey together. And there’s no taking that away. I have so much gratitude for what we were able to do together.

MC: That song, “Once Were Brothers,” is also on your new album, Sinematic. The songs on the album range from tunes about mobsters to Orson Welles and one about your own youth. Where did you draw the inspiration for this project?

RR: They all came from this cycle that I’m in and the things that I’m working on. It came from working on The Irishman. It just put me in a mood that I was dealing with these kinds of characters and making a sound that comes from deep inside that world. And then working on the documentary, Once Were Brothers, that I had to go to another place in that journey and reflecting back to very early days. And, so all of these things just kept swirling together, because I was working on them, and it ended up just seeping out of this big kind of gumbo of a dream of things that all melted together. And it ended up being very inspirational. It made me want to make this record, because I don’t make records to go out and do a tour. That’s the formula; I haven’t lived inside that formula for many decades. And it’s not something that inspires my creativity. This stuff that I’m dealing with here, and to be able to make a record like this at this stage of my journey, I almost feel sometimes like I’m in a different line of work than other people. Nobody’s writing songs about this kind of subject matter that I know of. And if there is anybody, I’d like to hear them.

MC: That begs an interesting question — does being Robbie Robertson make it more freeing to create whatever you want, because you’ve established yourself? Or does that put more pressure on you because you have to deliver to the standards people have for Robbie Robertson?

RR: I don’t know that I understand really what the standards are. I just know what I’m drawn to. And I do know that I don’t feel any different than I felt at a very young age when I was making Music from Big Pink. I’m just going in there and trying to make some kind of a noise that really excites me, that makes me feel emotional, that makes me feel tough —all of these elements that add up in music from where I’m coming from. I was never interested in what’s trendy and what’s happening. I’m just doing what I really feel I’m supposed to do. And I don’t know who makes up those rules except me.

MC: You mentioned The Irishman. I know you and Martin Scorsese have a long list of collaborations, but this film has so much buzz around it already.

RR: I can’t even remember how many movies I worked on with Marty, and it just gets better. But The Irishman, oh my God — it’s different. It’s different from any mobster movie I’ve ever seen before. It has a different temperament, a different rhythm. You can’t even describe it. But I had to figure out a sound, a thematic thing that really reflected the heartbeat of these people. And they’re not nice people. And that’s challenge because you can’t just be like a “Ah, this would make everybody feel good.” No, I’m not supposed to make you feel good. I’m supposed to take you deep into a dark place. And that’s where this movie goes and that’s where this album goes. And I just hope that I come out in the sunshine at the end of all this.

MC: To close, when you look at the documentary Once Were Brothers, if you could go back to that time what advice would you give to young Robbie?

RR: I don’t know if I have any advice. All I can do is tell you what I tried and the experience that I’ve had. And it’s so much to do with an individual’s temperament. And of course you’ve got to have some inspiration to take you to that other place above and beyond. But as Ronnie Hawkins says in the film, he knew right off the bat that I would work harder than anybody else. He wasn’t kidding.

MC: And that’s what it comes down to most of the time isn’t it — who wants it most and who’s going to work hardest for it?

RR: It’s the oldest rule in the world, but it stands true.

Once Were Brothers opens the Toronto International Film Festival on Sept. 5, 2019. Click here for more information.

TIFF 2019: All the Films We’re Already Excited About