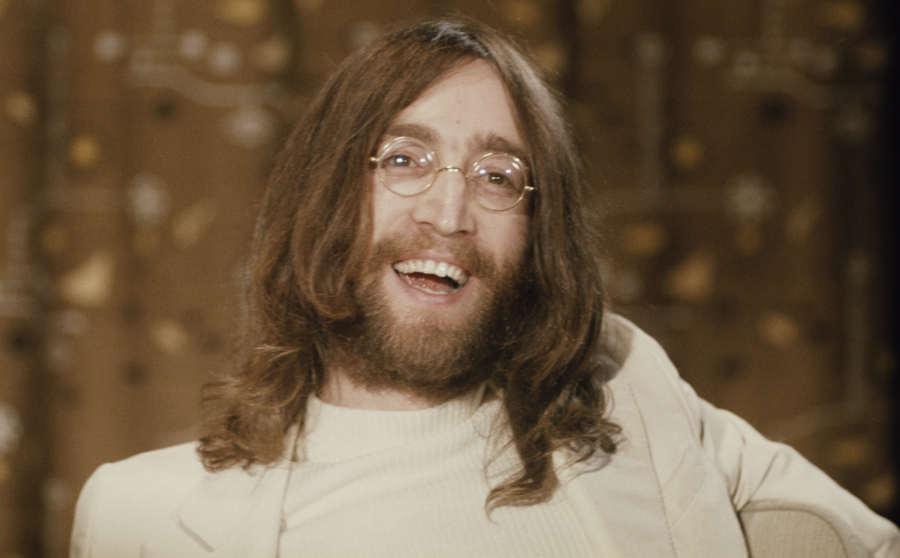 When it comes to the history of popular music, 1969 is a year for the record books. It was, of course, the year of Woodstock, John Lennon and Yoko Ono’s famous Bed-Ins in Amsterdam and Montreal, the final public performance by the Beatles on the rooftop of Apple Corps Ltd.’s London offices, Jimi Hendrix’s arrest at Pearson Airport in Toronto for heroin possession and new (or newly solo) artists dropping debut albums, including Neil Young, Led Zeppelin, Janis Joplin, the Jackson 5, The Stooges and John Denver. And on the radio, top hits included classics from The Beatles (“Get Back”) to The Archies (“Sugar, Sugar”) to The Rolling Stones (“Honkey Tonk Women”) to Elvis (“Suspicious Minds”).

But exactly 51 years ago, on September 13, 1969, a monumental yet often overlooked concert took place at Toronto’s Varsity Stadium,  one with repercussions that forever changed the trajectory of popular music — The Toronto Rock ‘n’ Roll Revival.

It all started with Toronto rock promoter Johnny Brower who, reportedly inspired by the success of other music festivals, including 1967’s Monterey Pop Festival, decided to throw the Six it’s own bash.

“So, we got the Eatons [of the department store fame] involved — they were our high school chums,” Brower recalled, according to Vice. He goes on to mention that the Eatons — George and Thor — helped him arrange a Toronto Pop Festival in June of 1969, which saw rock and roll pioneer Chuck Berry steal the show on a bill that included Sly and the Family Stone and Steppenwolf.

“That’s when I got the crazy idea,” Brower continues, “that if we brought all of the legendary rockers together for a ‘rock and roll revival’ we could add some contemporary bands to the bill and do a one day show in September. Everybody loved it.”

But making the Toronto Rock ‘n’ Roll Revival happen proved easier said than done. The original line-up proved an eclectic, intergenerational mix of stars — ranging from Chuck Berry to Little Richard, Jerry Lee Lewis and Gene Vincent to rockers like Alice Cooper, Chicago and the headliners, The Doors — and as the show approached, ticket sales slowed. Evidently the Eatons pulled out and, in a last ditch effort to save the show, the concert’s emcee, producer Kim Fowley, pitched the idea of inviting John Lennon to join the fest, using the participation of the Beatle’s heroes like Berry, Richard and Vincent as bait. It worked.

As noted rock journalist Alan Cross recalls, Brower connected with Lennon through Apple Corps on September 12 — the day before the show — offering the star first class plane tickets (though no pay) to attend.

“Lennon was intrigued but returned a curveball. ‘Yeah, I’ll come, but I want to play,’” Cross adds. “Odd, considering that Lennon was deep into his heroin phase and leaving London meant that he’d be separated from his supply. But Brower quickly agreed to let Lennon do whatever he wanted and immediately arranged plane tickets for Lennon and Yoko Ono.”

And so Lennon cobbled together a band — dubbed the Plastic Ono Band — that included wife Yoko Ono, pal Eric Clapton, German musician and artist (and Beatles collaborator) Klaus Voormann and drummer Alan White (who went on to become a member of Yes) and headed for Toronto.

The news, which seemed like last-minute salvation for the festival (even the Eaton family returned to the fold) was met with an underwhelming response from local Toronto media, who refused to promote Lennon coming aboard because they didn’t believe it was true. After all, Lennon was a Beatle and less than a month before he’d been recording with the band at Abbey Road studios, not to mention the fact that he hadn’t played a concert of this size for ages. It was only after a Detroit radio station confirmed and reported the news that fans knew this was the real deal and the concert sold out all 20,000 tickets.

Lennon and Ono and their crew touched down in Toronto the day of the show and received an escort to Varsity Stadium by 80 members of the local motorcycle group the Vagabonds. Clapton, who was among Lennon’s entourage, later recalled the scene in the dressing room when the Beatle arrived.

“John just stood in the dressing room, which was admittedly rather tatty, beforehand saying, ‘What am I doing here? I could have gone to Brighton!’ After all, it was a long way to go for just one concert.” Cross notes that, “When Lennon ran into Berry, Lewis, Vincent, and the others in the crappy dressing rooms, he reportedly fell to his knees in an ‘I am not worthy’ greeting. Maybe things would be all right.”

The high of meeting his musical idols eventually wore off for Lennon, though, and he admitted that he spent a large part of the time in the dressing room throwing up from nerves, before being called to hit the stage at midnight (though Cross says that a hit of cocaine from a local dealer helped calm Lennon).

Just before Lennon and his makeshift band took the stage, emcee Kim Fowley, in an effort to ease the Beatle’s nerves while performing, ordered all the lights in the stadium turned down.

“He did a really great thing,” Mal Evans, a roadie and tour assistant for the Beatles, once noted about Fowley’s strategy. “He had all the lights in the stadium turned right down and then asked everyone to strike a match. It was a really unbelievable sight when thousands of little flickering lights suddenly shone all over the huge arena.”

Aside from greeting Lennon with a wondrous sea of light when he took the stage, Cross adds that this was also the birth of the now famous concert practice of audiences holding up lit lighters — or, for 21st century concert-goers, lit smartphone screens — during a show.

Lennon and the Plastic Ono Band took the stage, with the Beatle telling the crowd, “Okay, we’re just going to do numbers we know because we’ve never played before.” Then they kicked off a set with the Elvis Presley hit “Blue Suede Shoes” (which you can see in the video below) before moving into “Money (That’s What I Want),” “Dizzy, Miss Lizzy,” “Yer Blues,” “Cold Turkey” and “Give Peace a Chance,” which Lennon and Ono famously wrote and recorded during their Montreal Bed-In only four months earlier.

The band also performed two Ono tunes, “Don’t Worry Kyoko (Mummy’s Only Looking for Her Hand in the Snow)” and “John John (Let’s Hope for Peace),” which received lukewarm reactions and included Yoko screeching from within a bag on the stage.

The Beatles Bible quotes Lennon as saying of the show, “Everybody was with us and leaping up and down doing the peace sign, because they knew most of the numbers anyway, and we did a number called ‘Cold Turkey’ we’d never done before and they dug it like mad.”

Lennon added that he didn’t remember the lyrics to all of the songs they performed, so he just sang what came to him on stage.

“When we did ‘Money’ and ‘Dizzy’ I just made up the words as I went along. The band was bashing it out like hell behind me. Yoko came up on stage with us, but she wasn’t going to do her bit until we’d done our five songs. Then after ‘Money’ there was a stop, and I turned to Eric [Clapton] and said ‘What’s next?’ He just shrugged, so I screamed ‘C’mon!’ and started into something else. We did ‘Yer Blues’ because I’ve done that with Eric before. It blew our minds. Meanwhile Yoko had whipped offstage to get some lyrics out of her white bag. Then we went into ‘Give Peace A Chance’ which was just unbelievable. I was making up the words as we went along. I didn’t have a clue.”

As for the decision to have Ono’s songs close out the set, Lennon said, “Yoko did a number, which was half rock and half madness, and it really freaked them out. We finished with Yoko’s number, because you can’t go anywhere after you’ve reached that sort of pitch. You can’t go ‘Ji-jing’ like The Beatles and bow at the end of screaming and 50 watts of feedback. So, after Yoko had been on for about a quarter of an hour, we all left our amps on going like the clappers and had a smoke on the stage. Then, when they stopped, the whole crowd was chanting ‘Give Peace A Chance.’ It looks like this is going to be the Plastic Ono Band in the future.”

No one realized at the time that the Toronto concert would lead to a seismic musical break-up halfway around the world.

As Cross writes, the next day Lennon flew home, “with new energy and purpose … Lennon realized that maybe he didn’t need The Beatles after all. Things had grown increasingly hostile between the four of them over the last year. Who needed that kind of aggravation? Hadn’t he just proven that there was life beyond the Fab Four?” He also quotes Beatles drummer Ringo Starr as saying that, “After the Plastic Ono Band’s debut in Toronto we had a meeting in Savile Row where John finally brought it to its head. He said, ‘Well, that’s it, lads. Let’s end it.’ And we all said ‘Yes.’”

And while the Beatles went on to finish recording the tunes for the Let It Be album, the band’s break-up was sealed in Toronto.

As for the fallout, famed American documentarian D. A. Pennebaker shot the entire concert for a documentary film called Sweet Toronto, while Lennon and the Plastic Ono Band released a live album of their set in December of that year called Live Peace in Toronto 1969.

And while it’s not as romanticized at Woodstock or remembered as famously as the Amsterdam and Montreal Bed-Ins, the Toronto Rock and Roll Revival saw a roster of multigenerational talent that included everything from a selection of rock and roll’s founding fathers to some of the greatest stars of the 1960s and 70s. Think about it: John Lennon, Yoko Ono, Eric Clapton, The Doors, Chuck Berry, Alice Cooper, Little Richard, Jerry Lee Lewis, Bo Diddley, Chicago and other greats all shared the same stage on the same night, rocking into the early morning hours under the bright lights in a stadium in downtown Toronto — the same stadium that countless commuters stroll or drive past on a daily basis. And all for $6 in advance and $7 at the door. Not bad.

It’s a line-up of musical talent and legendary status that’s never been matched in the city since, and may never truly be matched again.

And if you think it’s only the fans who remembered it fondly, think again. As Lennon recalled of the show, “The buzz was incredible. I never felt so good in my life.”