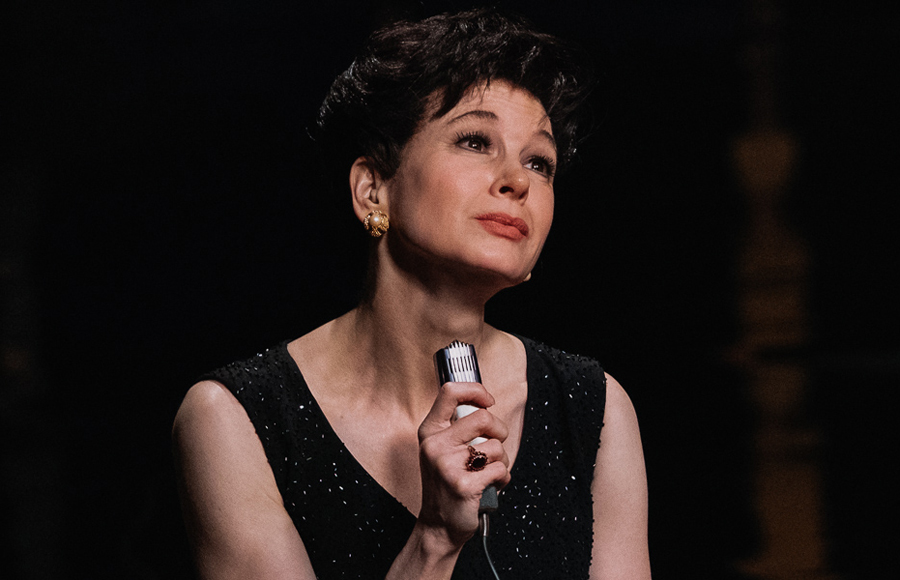 Renée Zellweger as Judy Garland in the film "Judy." Photo courtesy of TIFF

At the Toronto International Film Festival, individual people’s choices vary. This year, some watched a three-and-a-half-hour narration of one family’s experience of the descent of Germany into totalitarianism (Heimat Is a Space in Time). And on closing night Saturday, a full house watched a bonkers Ugandan action film (Crazy World).

But “The People” are a different story. Like Wiarton Willie or Punxsutawney Phil predicting spring, TIFF’s People’s Choice Award has taken on an almost mythical status as an Oscar predictor — specifically Best Motion Picture.

Last year, it was Green Book. In previous years, it’s been The King’s Speech and Slumdog Millionaire and 12 Years a Slave. Even La La Land got to be Best Picture for a confused minute in 2016 before, on live TV,  Moonlight was revealed as the rightful winner.

So, the news everyone waited for to hear Sunday afternoon was this: the winner of TIFF’s Grolsch Global People’s Choice Award for 2019 was … Jojo Rabbit.

Never heard of it? You will. It’s an arch comedy about a young, fearful member of the Hitler Youth whose “invisible friend” is Hitler himself (played buffoonish by the movie’s director, Taika Waititi of Avengers: Endgame fame). Another Avengers alumnus, Scarlett Johansson plays the boy’s mother, a woman with resistance sympathies who has hidden a teenage Jewish girl in her attic.

The movie was divisive, enraging some on social media. How could you joke about the Holocaust? (I wonder if Mel Brooks met similar resistance to The Producers’ musical “Springtime for Hitler”?). As he did in another People’s Choice winner (Three Billboards Outside Ebbing Missouri), Sam Rockwell plays an apparently racist officer, going nowhere career-wise, who ultimately redeems himself.

But then, Green Book was also divisive, with condemnations of its “white saviour” narrative. I’m starting to feel a movie can’t be any good unless enough people hate it.

The People’s Choice tends to overshadow the otherwise mainly-Canadian prize announcement. Matthew Rankin’s The Twentieth Century, the surprisingly engrossing film about a young William Lyon Mackenzie King, won the City of Toronto Canadian First Feature Film Award, while Sophie Deraspe’s Antigone, about a young girl who schemes to free her brother from prison, won the Canada Goose Award for Best Feature. And I highly recommend The Cave, the People’s Choice best documentary, about doctors in Syria literally working underground to save lives in a besieged city.

But back to awards season. Hollywood is clearly never far from the minds of TIFF management. This year, TIFF created a pointless new event, the Tribute Award Gala, which handed out sure-whatever awards to Meryl Streep, Joaquin Phoenix and Waititi (the latter received the Roger Ebert Award for “a director who has achieved greatness in their career”).

But identifying Oscar contenders is becoming more and more what TIFF does. And to that end, there are early leaders in the Best Actor and Best Actress race – Joaquin Phoenix for Joker and Renee Zellweger for Judy. Joker is the better movie, kind of a Scorsese-esque mash-up of Taxi Driver and King of Comedy (and yes, Robert DeNiro is in it). And it has momentum, having already won the Golden Lion for best picture at the Venice Film Festival.

But there’s no question that Zellweger’s Judy Garland rises way above the movie she’s in, a portrait of pain as the singer-actress plays a final series of dates in London in the last year of her life.

At TIFF, you know the Oscar bait when you see it. People generally approved when they heard Tom Hanks would be playing the most decent man in America, the late Mr. Rogers. But no one expected the soulful portrait he created of the man, as he tries to save the soul of a cynical, damaged magazine interviewer (the movie is based on the relationship between Fred Rogers and Esquire writer Tom Junod).

You want to see I-want-an-Oscar acting? Try Willem Dafoe and Robert Pattinson as two men trapped together and going crazy in a lighthouse for six weeks in the fever-dream The Lighthouse, from director Robert Eggers (The Witch).

And there’s a pretty good chance TIFF audiences saw the next foreign-language Oscar winner in Bong Joon-Ho’s brilliant, dark comedy Parasite, about a poor Korean family that connives to take advantage of a rich family. It came in third in People’s Choice voting and already won the Palme d’Or at Cannes. In a perfect world, Bong’s movie would also be up for Best Picture come February.

Academy voters also like multi-taskers. And to that end, don’t be surprised to see awards season love for Motherless Brooklyn, in which Edward Norton utterly re-wrote the 1999 best-selling novel about a New York detective with tourette syndrome, directed it and starred in it. His film-noir interpretation is a kind of Chinatown East, setting it against the backdrop of the brutalizing community teardowns of ’50s New York by “master planner” Robert Moses (thinly disguised in the movie and played by Alec Baldwin).

The Oscar-odds tote board will obviously be updated as the Golden Globes, BAFTAs, guild awards and critics’ awards are announced. But awards season officially started on Day 11 of TIFF 2019. Enjoy the race.

TIFF 2019: Robbie Robertson Talks TIFF, the Band and the Doc “Once Were Brothers”

The Most Stylish Zoomers at TIFF 2019

When Tragedy Struck: A Reporter Recalls Witnessing the 9/11 Terror Attacks While Embedded at TIFF