Consumers Prefer the Snap, Crackle and Pop of Vinyl to the Compression of CDs 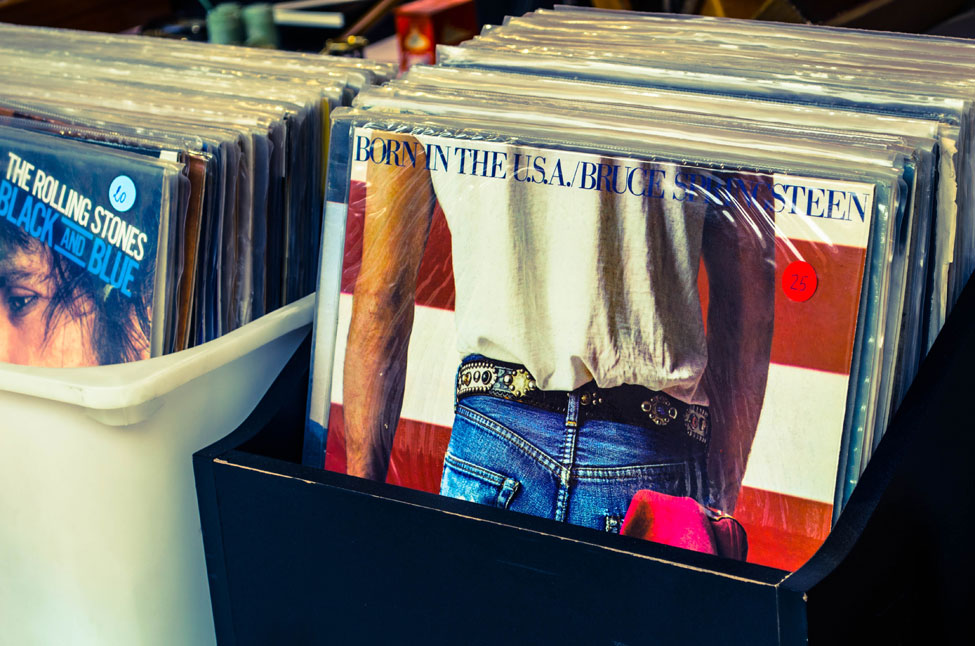 You can file this news under “Who saw this coming?” According to the Record Industry Association of America, by year’s end vinyl records are expected to outsell CDs for the first time since 1986.

That’s 33 years of sliding carousels and glitches that often made your favourite artist sound like Max Headroom (now there’s an appropriate ’80s reference for you).

And it’s even more remarkable if you consider how rarely any medium that’s been deemed anachronistic has come back to take out the tech that “killed” it. There’s a mini-boom in the use of film cameras, part of an overall embrace of things analog by the young. But it’s unlikely to ever seriously threaten digital photos (even if they come up with a decent film camera that’s also a pocket-sized phone).

Even at the time, it was breathtaking how quickly CDs steamrolled over LPs. I had just bought my first CD player in ’85, as well as the first CD that went platinum, Brothers in Arms by Dire Straits (it was also the first major album release to sell more copies on CD than vinyl).

Soon that would be true of every artist’s releases, from Madonna to Bon Jovi to U2. The steam-rolling continued, even as audiophiles complained about the coldness and limitations of the MP3 sound, and album-art lovers decried the death of imaginative cover art, for which LPs provided a perfect canvas.

Perhaps primed by home video, we were all addicted to the notion that there was no looking back when it came to technology. And so, we were perfect targets for the sales pitch that made the labels filthy rich.

We all had milk crates and shelves filled with the vinyl that defined our lives. CDs, we were told, was a medium that wouldn’t scratch or pop and would be listenable forever. Thus, record collectors began buying every CD release of their favourite vinyl albums. Back catalogues became the cash cow of the music industry. Bands from Led Zeppelin to The Monkees released box sets of several discs for $100 or more.

But built into the record labels’ windfall was the agent of their own demise. The digital content of CDs was unsecured because who had the equipment or time to steal it? But came the ’90s and the home computing revolution (sorry typewriter, but your time came, too), and it was suddenly ridiculously easy to “rip” a CD.

By the turn of the century, Napster and Limewire were offering any tune you could think of for free.

As it happens, I’ve been using that feature a lot in recent years. As dust bunnies built up around my CD collection, I realized I was listening to songs off iTunes pretty much full time, on my iPhone, my iPod or iPad. So, I used my spare time to make digital copies of my entire collection (and back them up on hard drives).

Finally, last year, I felt ready to sell the bulk of my CD collection at a yard sale and consign the rest to the basement. Looking around my house, the shelves are packed with DVDs (also an endangered species), but there is not a single CD to be found.

Meanwhile, vinyl discs arrive regularly by mail, ordered by my 24-year-old son who prefers to order albums from his favourite bands directly. “I figure that’s the best way to support them,” he says. He has a conversion turntable that can digitize the vinyl tunes but has rarely used it as anything other than a turntable.

To the original salesman who sold CDs on their permanence, I call BS. Having now gone through hundreds of discs going back to the ’80s (ESPECIALLY the ’80s), I can attest that many of them had glitches, and some of them were unsalvageable.

Meanwhile, I can hit a used vinyl store and buy jazz albums from the ’50s, and, the odd pop aside, the warm sound remains intact.

Admittedly, LPs overtaking CDs is not a matter of a dominant medium being toppled by another. Both are overshadowed by streaming services and the 21st-century paradigm that The Cloud is the best source of music, and hard copies are yesterday’s news.

Sales of LPs and CDs together may top a billion dollars this year. Meanwhile, streaming services are predicted to account for more than $8 billion by year’s end. It makes perfect sense for my older son, who has an apartment and doesn’t want to give up any space for shelves of music in any form.

(It also makes perfect sense when a subscription to Spotify provides unlimited music, and the algorithm even anticipates what you might like to hear, for $10 a month — half of what we used to pay for a single CD.)

So, the market for the hard-copy mediums is a niche popularity contest. And frankly, I don’t see a lot of love and nostalgia out there for compact discs. But vinyl record stores are expanding in many cities and even thrive in smaller places (if you’re ever in Orillia, Ont., check out Alley Kat Records).

As my audiophile friend Dan says wryly of the LP-over-CD turn of events, “It’s the first time in the history of capitalism that mediocrity was defeated by quality.”