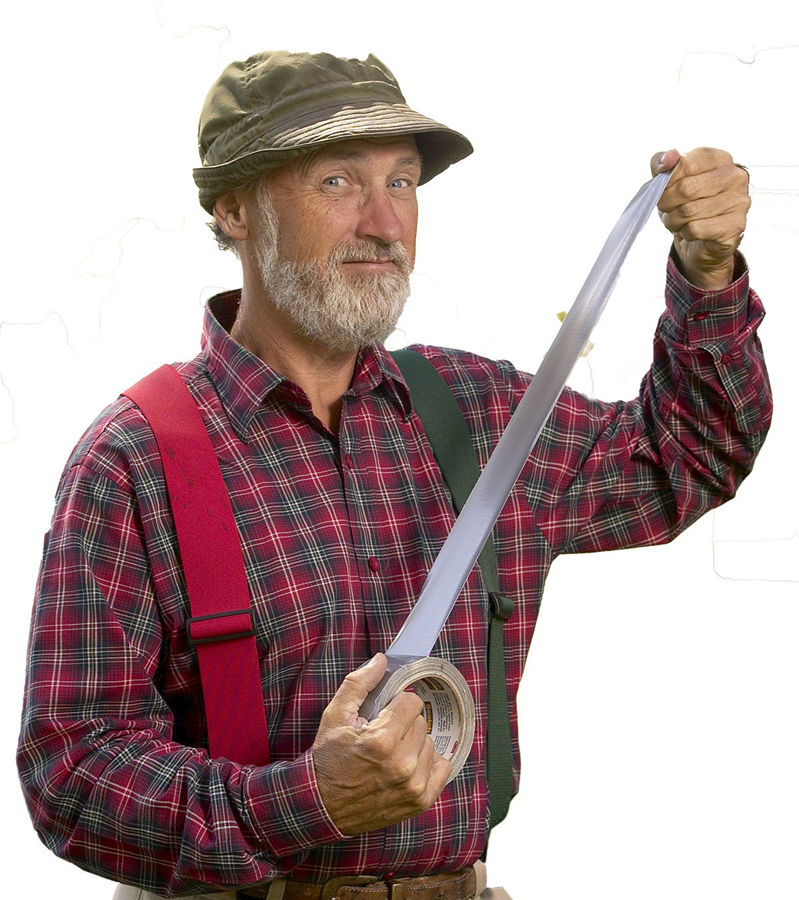 Photo courtesy Red Green "This Could Be It"

Red Green is getting ready to hang up his multi-coloured suspenders. That’s because comedian Steve Smith, who created and portrayed the beloved Canuck handyman for 15 seasons on the award-winning CBC series The Red Green Show, is taking the character across Canada on a retirement tour called This Could Be It, which kicks off Sept. 19 in Grande Prairie, Alta.

Smith, 73, who created the beloved Red Green character in 1978, says that he “grew into him” over the  years and that, despite a dearth of material to draw on from the CBC show and previous tours, This Could Be It features all new, original material.

“I’m so lucky not to be a musician [on a retirement tour],” he said during an interview with Zoomer. “I love music, but … for me personally, if I had to do my 10 top hits for 50 years, I’d be suicidal. I can’t do anything that I’ve done before. When I go out and do this tour, it’s got to be 100 per cent brand new. So that keeps me going.”

MIKE CRISOLAGO: Why did you decide to embark on a retirement tour?

STEVE SMITH: Historically, I’ve always prided myself on knowing which exit ramp to take. I ended the show, I’ve made lots of changes in what I was doing for a living based on my sense of “That’s gone as far as it’s going to go, and it’s going to start to getting embarrassing” … I feel in a way like I’m letting people down if I stop prematurely but I’m really letting them down if I stop too late. It’s a tough wave to ride.

MC: What has Red Green learned about aging over the last 40 years?

SS: Red Green has a very positive attitude. In fact, one show I did, this guy in his early 20s said, “You make me look forward to getting old.” And I thought, “Man, that may be the greatest compliment I’ve ever had.” So I think Red just is oblivious to his age and just keeps trying to do new things and thinking of new ways to use old things.

MC: What do you enjoy most about touring at this stage of your career?

SS: It’s absolutely the family reunion aspect of it. It’s not cheap to come and see me, so anybody who’s ambivalent about me is not there. When I step on a stage, they’re glad to see me, and I’m glad to see them. Television is so mechanized and impersonal … I also think that these days, where everybody has access to everything, you can be anywhere in the world and watch anything on your phone but, with a live performance, you’re either in the room or you’re not. That’s the big dividing factor – there’s something about sharing the molecules that’s really neat.

MC: What are some of your favourite memories of touring Canada over the years?

SS: Well, I was pulled over by the cops one time, and they were going to take me downtown for some infraction on my licence, but I didn’t know what they were talking about. They said those licence plates aren’t registered to that vehicle, and they whipped open their badges, and it was their membership cards in [Red Green’s Possum]  Lodge. That was different.

MC: It must be difficult, sometimes, for fans to distinguish you from Red Green.

SS: I think the key (is) ….  I created the character and I write what the character says, so it’s different than an actor like a William Shatner being Capt. Kirk, [a character] he didn’t create and doesn’t write the words for. Everything about Red Green comes from inside me, so it’s not uncomfortable.

MC: What tips can you offer for healthy aging?

SS: Keep looking for something you can do, something that you like to do …  For me, I wouldn’t even consider going back on the television at all because I’d just feel like I was going back and trying to recapture something. Whereas the touring was brand new – I didn’t do my first tour until I was 65. There’s not too many new things a guy can do at my age that aren’t kind of medical procedures.

MC: What do you hope fans take from the live show?

SS: This is going to sound weird, but I would say kindness. That’s the one I get the most. Usually, it’s women in their late 20s thanking me for the show – this was the one show they watched with their dad, and it helped them bond. Beyond the humour and everything else, there’s something else going on. So that wouldn’t be a bad thing to reintroduce to the world on a stage.

MC: What do you hope to take for yourself from the tour?

SS: Well, if it is the last one, I’d like to feel like I closed the circle, I’ve fulfilled what they wanted and I’ve left them with enough things that they feel like they didn’t get cheated by me. I’m ending the tour with a wish that I wish for the audience, and I’m wishing for them a simple life. It’s not going to be the funniest thing in the show but, for me, I’m hoping it’s going to really put the message across and then if that’s it, that’s okay.

The This Could Be It Tour begins on Sept. 19, 2019. Click here for tour dates and ticket information.

Rick Mercer Talks Not Retiring, Her Early Years And All Those Stunts