With the Recent Release of the Movie, We’re Doing It Downton Style: What Life Is Like at Highclere Castle 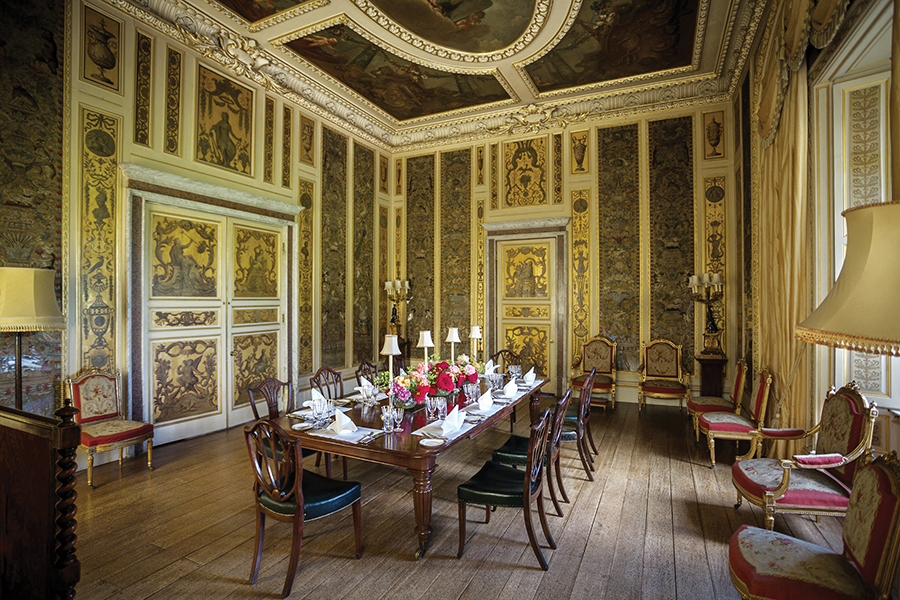 The first time I toured Highclere Castle, the television show Downton Abbey was at its zenith. It had become a pop-cultural/historical fiction phenomenon, and there was no stopping it. I was in England for the 100th anniversary of the beginning of the First World War, and the house, which was the film location for the fictional Downton Abbey, had been a centre of lifesaving and sanctuary for many soldiers, including Canadians during the war. Just as had been depicted in the second season, Downton (or Highclere, rather) had been transformed into a hospital for convalescing war wounded. The family that lives there wanted to make sure this memory was kept alive, so it was a bit of an emotional visit, with stories of the era told as we walked the grounds.

The lady of the house, Fiona, Countess of Carnarvon, or Lady C to those who work with her — and wife of George Herbert, the eighth Earl of Carnarvon — is a keeper of history and had published a book about that time, Lady Almina and the Real Downton Abbey, and she’s gone on to pen two cookbooks featuring family recipes from Highclere, as well. And if the family’s provenance isn’t already a mouthful, the Earl is also the son of Lord Porchester. If you’re a fan of The Crown, you may recognize him as Porchey, Queen Elizabeth’s racing stables manager and dear friend until his death in 2001. On this, my most recent visit to Highclere, I was invited to afternoon tea with Lady C and had the chance to ask her about the Queen and Porchey.

“They were great friends,” she told me, skirting the whispers that there may have been a frisson between the two. “But that’s where fiction has little relation to fact. My mother-in-law found it quite tough because it wasn’t by any means anywhere near the truth.”

So history at Highclere, like so many noble houses and families of Great Britain, runs deep, and it has served as fodder for the storylines of the series’ writer, Julian Fellowes. “Julian and Emma Fellowes are friends. I asked them down,” she tells me. “He’d written Gosford Park with Highclere in mind, then as he came to write Downton Abbey, I was getting that feeling of a home and laughter. So that’s where it came from. Then Julian said he wrote it, too, with Highclere in mind. Because he knows how it works. [Highclere staff] Matthew and Freddie come in from the same place that Carson comes in. So it gives it that authenticity, which I think has rooted it deeply in people’s romance and subconscious.”

Does she have a favourite room in the house? “They’re each a wee bit different,” she says. “I feel as if you are walking through a bit of a set. So it’s rather special like that.”

A special feeling, indeed, as Highclere has, in essence, become a set — and not just for Downton but a stage from which Fiona can ensure that the history of the Carnarvons and the castle be told. It’s a living, breathing place and continues to serve as a place for philanthropy. It’s also a working farm and tourist attraction where you can attend lectures, such as those on art and architecture, as well as visit the Egyptian collection in the castle’s gallery. In terms of how nobility can stay relevant now, the Carnarvons of Highclere are a steadfast example, with a future assured.

For recipes from Highclere, go to www.everythingzoomer.com/downton-abbey-recipes.

A version of this article appeared in the September/October 2019 issue with the headline,  “Going Downton,” p. 80-81.