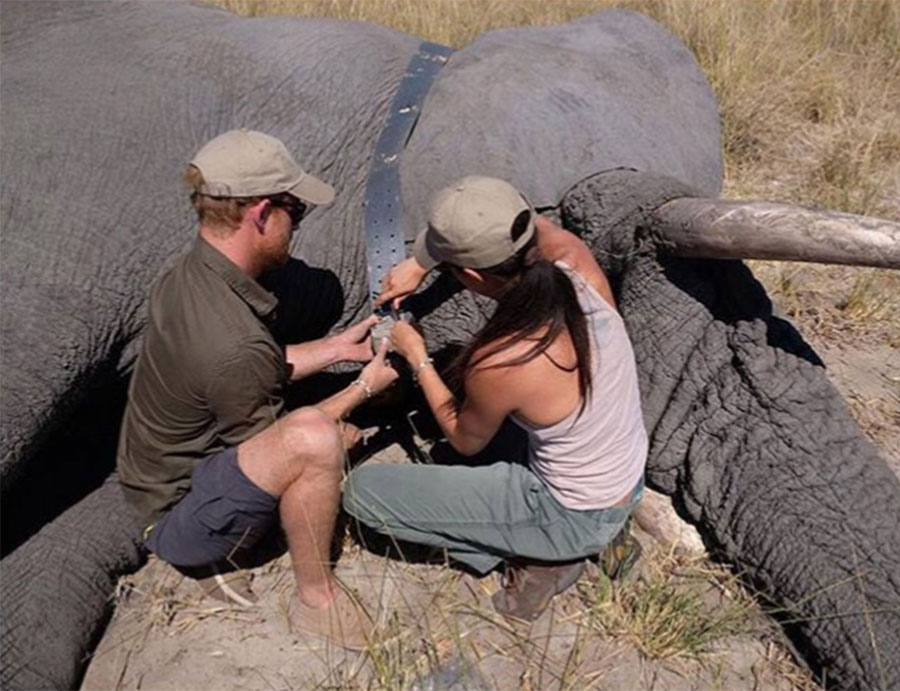 The 10-day African tour the Duke and Duchess of Sussex are about to undertake on behalf of the Queen is loaded with personal and professional meaning.

First they made a stop in Rome for the wedding of their rumoured matchmaker, Misha Nonoo, to oil heir Michael Hess. She’s the fashion designer who became tabloid fodder after Markle wore her  “husband shirt” at her first official engagement with Harry at the 2017 Invictus Games in Toronto, signifying the seriousness of their relationship. Other glam guests included the Sussexes’ cousins, princesses Beatrice and Eugenie, as well as Orlando Bloom and girlfriend Katy Perry, Ivanka Trump and Jared Kushner, and Sir Paul McCartney.

For the duration of the African tour, Duchess Meghan, four-month-old Archie and a nanny will be based in South Africa while Prince Harry will venture off on solo visits to Botswana, Angola and Malawi. The 35 planned functions, together and apart, include meetings with Archbishop Desmond Tutu and Graca Machel, Nelson Mandela’s widow. It marks the first time the couple is taking Archie on the road with them (aside from those quickie summer jaunts to Ibiza, then to Elton John’s pad in Nice, both controversially by private jet). The tyke has been seen only in glimpses to date: a carefully positioned foot on the Sussex Royal Instagram, a trickle of official photos of him in the Honiton lace-replica Royal Christening gown and that sunny day when he was snapped in Meghan’s arms as she supported Harry at a polo match.

So all eyes and cameras will be peeled for any new details — does he indeed have Dad’s ginger hair? — of the seventh in line to the British throne.

The Commonwealth is a key focus for the Sussexes’ ambassadorial efforts, and they have been tasked with forging new links with the 53 member states once part of the British Empire. Harry is the president of the Queen’s Commonwealth Trust; earlier this year, Meghan was appointed vice-president of the youth-focused charity. The hope is  the broad appeal of the couple, whose wedding was watched by nearly 30 million people globally, will strengthen emotional bonds with the Crown.

Other goals close to the couple’s heart will take centre stage on this tour: the environment and mental health have been a particular focus for Harry, and women’s and children’s causes are important to Meghan. Even little Archie has already given back: one of the charities the couple chose to direct donations to celebrate the tot’s birth was The Lunchbox Fund in South Africa. They will tour the facility, which gives 30,000 hot lunches to hungry children in the townships and rural areas.

The big announcement this tour will centre on a new partnership with the Queen’s Commonwealth Canopy to protect wildlife of the  Okavango delta in Botswana, Angola and Namibia. Other stops will address HIV-AIDS programs, grassroots youth initiatives and rhino conservation.

Africa itself holds special significance for the Sussexes. Botswana was the site of their first getaway as a brand-new couple, when they went camping “under the stars” in Harry’s words, to bond after knowing each other just a few weeks. Two of the stones from Meghan’s engagement ring were sourced from that country.

The central diamond, of course, came from Harry’s mother’s jewelry collection. Right before her death, Diana made a high-impact trip to Angola  to bring attention to the urgent issue of explosives and land mines that litter the country, remnants of a civil war that ended in 2002. This trip Harry will return to that country to launch a new Halo Trust initiative. He will also be on hand to witness the renaming of the Huambo Orthopaedic Centre, a place she had famously visited, in her honour.

Africa was where Harry and William retreated with their father, the Prince of Wales, to regroup in privacy after Diana’s sudden death in 1997. The continent is where Harry has said he feels most grounded. And Meghan has ties too, having worked in Rwanda to raise awareness for water issues as a World Vision Canada ambassador when she was single and living in Toronto filming the TV drama Suits.

Royal tours often become an exercise in outfit spotting and dating back to Diana’s time, the whistle stops became runways. Kate and Meghan have both managed to combine pregnancy with duty, paying appropriate homage to local customs and designers on flashy foreign parades.

But there is some speculation that, after the Sussexes were dinged up in the tabloids for their excesses in the past few years — the wedding and the renovation costs to Frogmore House, the designer-outfit sticker shock, those  jet trips to the Riviera — that this tour might call for a little practicality and restraint wardrobe-wise. After all, the Duchess just launched a sensible work-wardrobe collection that will raise money for a charity. And then there is that enduring image of Diana in Africa, getting to work with body armour over a chic, simple white blouse and khaki trousers.

We don’t know — and likely never will — if Canada’s Jessica Mulroney, Meghan’s dear friend and discreet wardrobe consultant, will have her fingerprints on this tour closet. But it is a safe bet that, this trip, the powers that be will want to keep sharp focus on the causes and fewer column inches on the dress diaries.