Emmys 2019: Best-Dressed on the Red Carpet Goes for Classic Looks 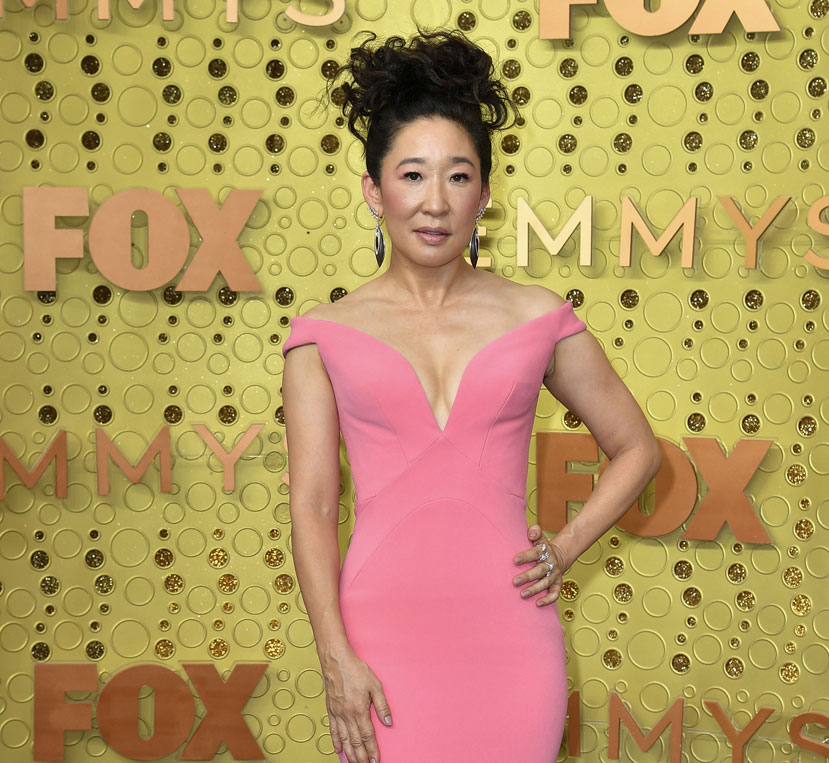 Stars from all your favourite TV shows descended on the Microsoft Theatre in Los Angeles on Sunday night for the 71st Primetime Emmy Awards. While they battled it out for awards for the best in television in the past year, the red carpet – a deep shade of purple this year – was a scene for who was best dressed.

But this year’s Emmys was a low-key fashion parade. Most stars opted for classics with all white or black-and-white combo evening gowns being winners. But leave it to trailblazers such as RuPaul to stand out from the pack to make bold sartorial statements on red-carpet dressing.

For a look at the best-dressed Zoomers at the Emmys, see our gallery below.

The grecian gown is that rare evening look that works on any age and a multitude of figures. This powerhouse actress enhances the classic look with her gently braided hairstyle.

How do you keep a white gown from matrimonial territory? Elegantly figure-hugging with a demure slit and an accentuated waist keeps it awards night-worthy.

The Canadian actress took the tried-and-true route to red carpet glamour with upswept hair and a coral-hued mermaid gown.

The iconoclast who changed the face of reality television competitions marched to his own style beat with this take on black-tie – a Warholian oversized poppy printed suit.

A white gown can be the epitome of quiet elegance – and also a blank canvas to show off a statement bag.

Oversized bling and exposed skin will always grab attention, but sometimes the  graphic simplicity of black and white will also have arresting impact. Here, the actress makes a striking note in a gown from Canadian label Greta Constantine.

This award-winning actress also went for the classic combo but showed there can be a less graphic but graceful side to black and white. Equally arresting is her beauty look – the current natural hair power afro. And who would have guessed beneath this glam slam look, she was wearing silver sneakers?

The talk show host opted for a simple shape, but the sharp shoulders and silver embellishment added drama to the classic gown.

Putting her perfect clavicles on display in a draped sequinned gown, the actress shows how sparkle has restrained elegance.

With a nod to eco-sustainability, the actress wore a vintage Valentino gown with trailing chiffon sleeves. Astonishingly, the gown, which looks like it might be contemporary, dates back to 1963.