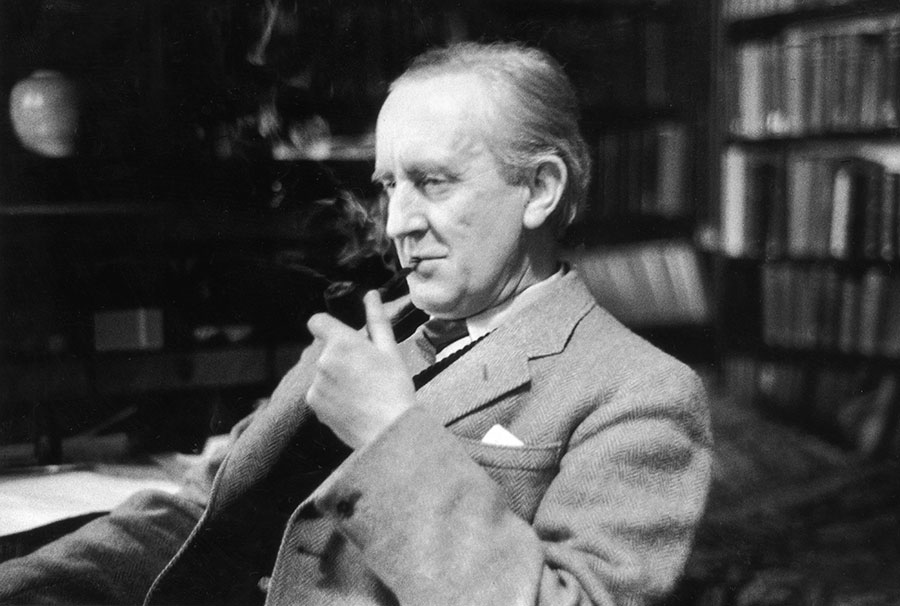 “I was talking aloud to myself. A habit of the old: they choose the wisest person present to speak to.” — The Two Towers by J. R. R. Tolkien

If you’re a Tolkiendil (that’s a Tolkien fan to the uninitiated) you’re probably aware it’s Tolkien week and are already deep into your reread of The Silmarillion. Established by the American Tolkien Society in 1978, it falls in the week containing September 22, also known as Hobbit day.

This is Bilbo’s and Frodo’s mutual birthday, the date of the “Long-Expected Party,” the name of the first chapter of The Fellowship of the Ring. While Tolkien week is best observed by reading — and maybe indulging in a binge of the Lord of the Rings movies, considered by some to be the best fantasy films of all time— Hobbit Day should be embraced as an excuse for feasting. Second breakfast, anyone?

If you’re not part of the fan club but want to experience the celebrated world-building of a master of language and storytelling, here is a roundup of the essential titles.

Beowulf, A Translation and Commentary (2014)

While Beowolf may not be the first thing that pops into your head when you think of Tolkien, the key to appreciating his many works is to know he was a major scholar of the English language, specializing in Old and Middle English, and was a professor of Anglo-Saxon (Old English) at Oxford.

His academic publications are considered extremely influential, especially his writing on Beowolf, which he wrote in 1926. It wasn’t published until 2014 by his son Christopher, who catalogued and edited his father’s papers for decades, creating new books out of unfinished and unpublished manuscripts.

The epic poem tells the story of the Geatish prince Beowulf, who comes to the aid of Danish king Hrothgar, slaying the monster Grendel and his mother. It is the longest epic poem in Old English, dating to the early 11th century. Meanwhile, Tolkien continued developing his mythology and languages.

The Guardian newspaper says Tolkien’s version of the Old English epic shows “a rare mix of linguistic scholarship and literary imagination” — the perfect descriptor for all this master’s work.

While later generations discovered Tolkien through Peter Jackson’s movie adaptations, reading The Hobbit was many people’s first introduction to the prolific writer.

The Hobbit’s genesis has since become the stuff of legend. As Tolkien describes it, while engaged in the tedious chore of marking examination papers, he discovered a blank page in an answer book and on it he wrote, “In a hole in the ground there lived a hobbit.” The rest, as they say, is history.

It was an instant success when it was published as a children’s book in 1937. The epic tale of Bilbo Baggins and the elves, dwarves, trolls, goblins and, of course, the dragon he meets on his quest is often the gateway drug for a full Tolkien addiction.

With the success of The Hobbit, Tolkien’s publisher asked him if he had anything similar or if he would write a sequel. The resulting story, The Lord of the Rings, took 12 years to write and was so long it was published in three parts over 1954 and 1955. Although often considered a trilogy, its division into three books was entirely due to publishing economics, and Tolkien considered it a single novel. Unexpectedly, it became a key text of the 1960s counterculture with the slogans “Frodo Lives” and “Gandalf for President” appearing in subway stations worldwide. Considered Tolkien’s magnum opus, The Lord of the Rings tells the story of four little hobbits, their fellowship with dwarves, elves and men, and the part they play in saving the world from the evil Sauron and his One Ring of Power.

Well over 100 million copies of its many editions have been sold around the world.

It’s probably safe to say this is where Tolkien fandom turns into obsession. In creating The Hobbit and The Lord of the Rings, Tolkien produced a vast amount of writing that greatly expands upon the mythology and stories of Middle-Earth.

Christopher Tolkien used this cornucopia of material to produce this monumental series of 12 books, The History of Middle-Earth, which has been published in various editions and formats.

Unfortunately, this treasure trove of lore will not be the basis of the upcoming Amazon Prime Middle-Earth series, as the rights do not include its use.

With unrestricted access to all Tolkien’s papers, and through interviews with the author’s friends and family, biographer Humphrey Carpenter follows the long and painful creative process that produced The Hobbit, The Lord of the Rings and The Silmarillion.

This look as his life is required reading for anyone who wants to truly understand and respect Tolkien’s remarkable accomplishments.

Tolkien was one of the most prolific letter writers of his time, and his correspondence offers a fascinating glimpse into his personality. This collection of letters, edited by his biographer Carpenter and son Christopher, includes correspondence to his publishers, his family, to friends (notably C.S. Lewis, W.H. Auden and Naomi Mitchison) and to fans of his books.

Tolkien had a great deal to say about his books, and there are some gems of insight, including this one:

“I invented that little rhyme about ‘One Ring to rule them all,’ I remember, in the bath one day.”