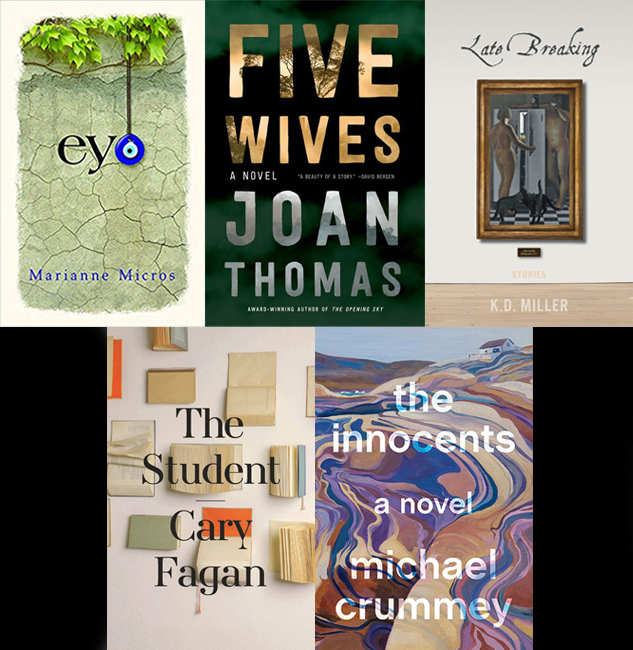 For the second time in a week, Margaret Atwood was shut out of a major Canadian literary award. The 79-year-old, riding high on the success of The Testaments, her hugely-anticipated follow-up to The Handmaid’s Tale — which is enjoying record-breaking sales since its publication earlier this fall and is the favourite to win the U.K.’s Booker Prize — failed to crack the list of finalists for the 2019 Governor General’s Literary Awards, announced early this morning. On Monday, the book failed to make the shortlist for the 2019 Giller Prize. Atwood has previously won a Governor General’s Literary Award twice, for Circle Game (1966) and The Handmaid’s Tale (1986).

Meanwhile, Newfoundland writer Michael Crummey, 53, scored a literary hat trick with today’s announcement, earning a spot as a finalist in the fiction category for his novel The Innocents, which follows a brother and sister growing up alone in an isolated Newfoundland cove after the death of their parents. The novel also recently landed on the shortlist for the Rogers Writers’ Trust Fiction Prize and the Scotiabank Giller Prize. Founded in 1936, the Governor General’s Literary Awards are one of Canada’s oldest and most prestigious literary awards programs, with a total annual prize value of $450,000. The Canada Council for the Arts awards the Governor General prizes in seven English-language categories: fiction, nonfiction, poetry, young people’s literature — text, young people’s literature — illustration, drama and translation. The organization also awards seven French-language honours in the same categories. Finalists are chosen by category-specific, language-based peer assessment committees, whose members for English fiction were Aislinn Hunter, Wayne Johnston and Saleema Nawazfor. The winner for each category, who will be announced on October 29, will receive $25,000.

The other finalists in the 2019 fiction category are: The Student, by Cary Fagan The other 2019 English language finalists, by category, are:

How to Avoid Huge Ships, by Julie Bruck

The Grand River Watershed: A Folk Ecology, by Karen Houle

Thanks for Giving, by Kevin Loring

Other Side of the Game, Amanda Parris

What a Young Wife Ought to Know, by Hannah Moscovitch

City of Omens: A Search for the Missing Women of the Borderlands, by Dan Werb

Fryderyk Chopin: A Life and Times, by Alan Walker

Sea Trial: Sailing After My Father, by Brian Harvey

To the River: Losing My Brother, by Don Gillmor

Break in Case of Emergency, by Brian Francis

Girl of the Southern Sea, by Michelle Kadarusman

Stand on the Sky, by Erin Bow

The Grey Sisters, by Jo Treggiari

How to Give Your Cat a Bath, by Nicola Winstanley and John Martz

Small in the City, by Sydney Smith

Birds of a Kind, translated by Linda Gaboriau

The Embalmer, translated by Rhonda Mullins

“By addressing issues we care about, igniting our imaginations, choosing the right words or brilliantly transposing a story into illustrations, the 2019 Governor General’s Literary Awards finalists stoke the fire not only of our shared cultural life, but of our individual lives as well,” said Simon Brault, director and CEO of the Canada Council for the Arts, of the finalists. “They represent the richness, strength and excellence of Canadian literature.”

Click here to view the 2019 French-language finalists and for more information on the Governor General’s Literary Awards.