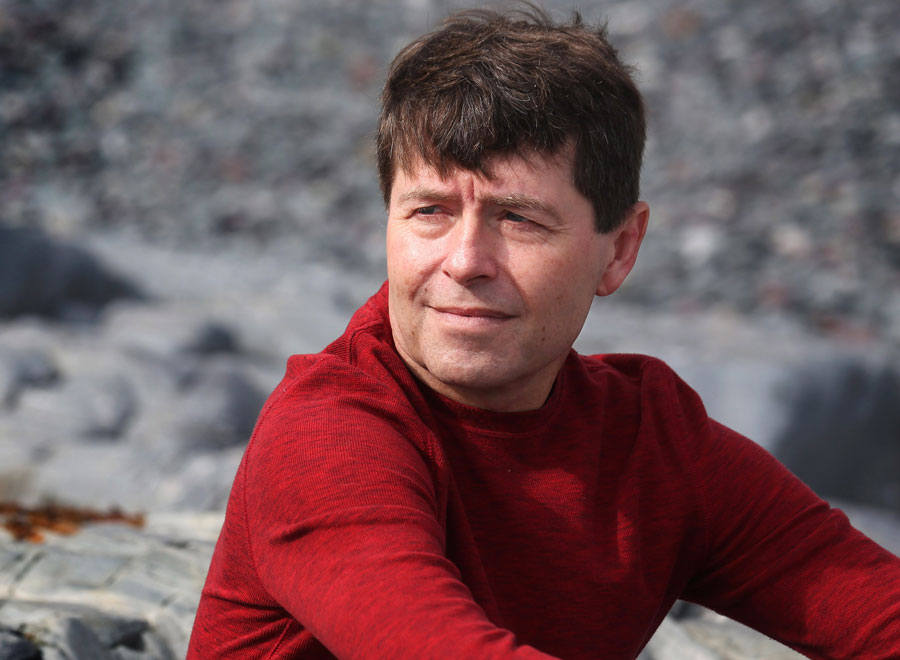 For more than 20 years, East Coast scribe Michael Crummey has been producing best-selling books. And now the Newfoundland writer, 53, has scored a literary hat trick earning not only a spot  as a finalist in the fiction category of the Governor General’s Award for his novel The Innocents, but also a place on the shortlist for the Rogers Writers’ Trust Fiction Prize and  a second appearance on the Giller Prize shortlist. (The last time he made it to the prestigious Giller finals was back in 2001 for his debut novel River Thieves.)

In their citation, the five-member Giller jury panel said: “Written in a language that is at the same time fresh and ancient, Michael Crummey’s The Innocents is a (mis)creation myth that demands a reconsideration of what we think we know about love and death, family and loneliness, oblivion and wisdom, horror and beauty, bodies and knowledge, violence and desire. Anchored in exquisite specificity and heartbreaking simplicity, and inviting us into a distant past that makes fresh matters of ever-present concern about survival and sacrifice, Crummey’s novel has the capacity to change the way the reader sees the world.”

Part coming-of-age, part survival story, The  Innocents is based on an unlikely one-paragraph report Crummey dug up in the provincial archives: an 18th-century Newfoundland priest had happened upon an orphaned brother and pregnant sister, both adolescents, who were living alone in a rugged and isolated cove. Despite recognizing the makings of a good story, Crummey initially balked about setting pen to paper.

“This is a book I really didn’t want to write,” he told Zoomer. “… The girl was pregnant and the clergyman assumed, rightly, I imagine, that her brother was the father. That was all the detail I had and I immediately thought there was a novel in there.

“But the notion of trying to find my way into a story so complex and fraught kept me away from it for years before I finally bit the bullet and jumped in.” We continue our Wisdom of the Authors series by asking Crummey for his thoughts on aging, inspiration, writing and finding happiness.

Wisdom of the Authors: Q&A With Michael Crummey

1. What advice would you give your 25-year-old self?

b) Don’t quit your day job

If you still have one, please quit your day job.

I don’t like Scotch. I spent years trying to convince myself otherwise before coming to terms with the fact I hate the foul stuff. Slow learner. About the writing process, I’ve finally figured out that procrastination is my friend. If I don’t waste time, nothing gets done.

Whether what I’m writing is any damn good in the end.

6. What was the best advice you’ve had?

Worrying about whether what you’re writing is any good in the end is just asking for trouble.

Fear of failure. Fear of repeating myself.

Still waiting on it…

That short span of time between finishing a novel and starting to worry about what comes next.

Wisdom of the Authors: Bestselling Novelist Alice Hoffman on Her New Book The World That We Knew