Long Before ‘Joker,’ How We Started Fearing Movie-Inspired Mayhem in the 1950s 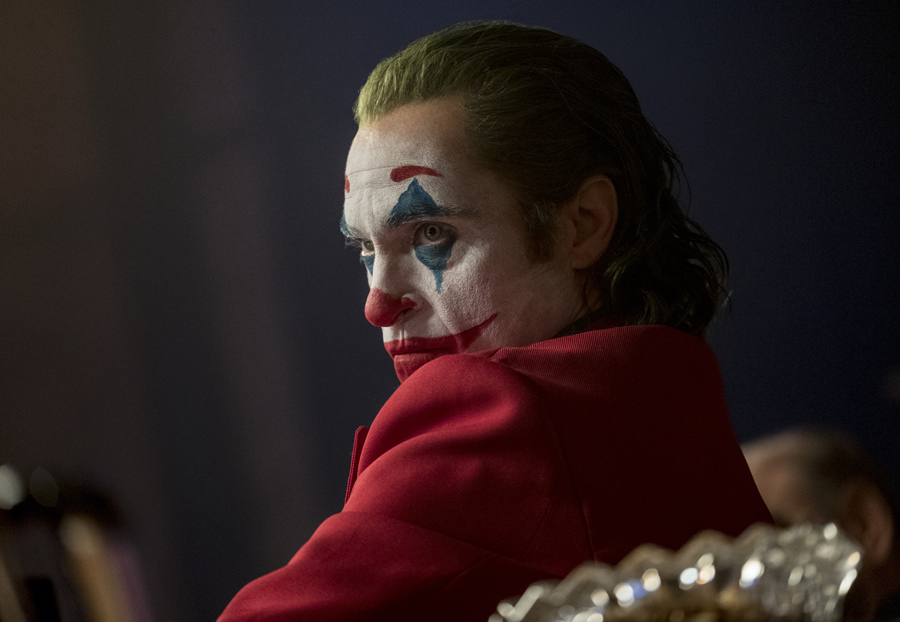 A controversial movie is denounced as an anarchic depiction of inner-city life, utterly amoral and capable of inspiring troubled young men to violence. Many called for it to be banned, but its box office dictated otherwise. That film?

It was 1955’s Blackboard Jungle, starring Glenn Ford and a young Sidney Poitier, a run-amok-in-school film that scared adults with its depiction of juvenile delinquency and the frightening rock ’n’ roll soundtrack tune “Rock Around the Clock” by Bill Haley and the Comets.

The New York Times film critic Bosley Crowther wrote, “It gives a blood-curdling, nightmarish picture on monstrous disorder in a public school. And it leaves one wondering wildly whether such out-of-hand horrors can be.” And reports out of the U.K. held that out-of-control youth slashed seats with switchblades during the playing of “Rock Around the Clock.”

Flash forward nearly 70 years and many still feel youth need protection from the pernicious effects of a movie. Joker, which opened this past weekend, stars Joaquin Phoenix in the Taxi Driver-ish origin story of the Batman villain. And it’s been interpreted as glorifying the “incel” loner male, a profile often seen in mass shooters, even as Phoenix walked out of an interview in September when asked if he thought the film could inspire that kind of senseless violence.

Joker arrives with a built-in precedent for concern following a massacre in an Aurora, Colo., theatre in 2012 during a screening of The Dark Knight (which featured the late Heath Ledger in an Oscar-winning portrayal of the Joker). Erroneous reports stated that the shooter called himself The Joker, even though he was, apparently, a Batman fan.

Still, last weekend the FBI reportedly kept an eye on social media reports regarding Joker. Theatre chains in the U.S. announced bans on large bags and costumes, while an official-looking sign planted in an AMC theatre and posted on social media claimed that single tickets to the movie would not be sold, presumably to discourage lone wolves. AMC denied it had instituted such a policy.

For all that, the opening weekend of Joker passed without violence, though patrons in a Long Beach, Calif., theatre did suffer a freak-out. “‪Officers were on scene within a minute of dispatch and discovered patrons had self-evacuated due to a suspicious male adult who was wearing a backpack and looking out at the crowd near an emergency exit inside the theater,” the police department posted on its Facebook page. “The suspect was detained and was not found in possession of any weapons. However, he was taken into custody for an unrelated outstanding warrant.”

And officials closed a theatre in nearby Huntington Beach due to “a credible threat.”

In the end, our youth survived another existential threat.

What connects the handwringing over two movies released 64 years apart? It started with the baby boomers and a generalized fear of the post-Second World War world — one that focused on a generation of children so numerous that whatever became of it would become the new normal.

The films had titles like Lunchroom Manners, Sitting Right, Let’s Be Good Citizens, It’s Wonderful Being a Girl and The Fun of Being Thoughtful. Today, they’re considered hilarious.

“The educational theory was that kids will imitate anything they see on the screen, like they’re sponges,” Smith said. “So you should only show nice behaviour because if you showed bad behaviour, kids would imitate it.”

The disastrous state of youth proved serious business to the U.S. Senate in the ’50s. In 1954, it formed a subcommittee on juvenile delinquency, which quickly zeroed in on comic books as a destroyer of youth. (Hello, Joker!)

And in Toronto at the turn of the century, the city banned raves because it feared kids would die in droves from Ecstasy,  which smacks more of a war on youth culture than on drugs.

It’s worth noting that in virtually every historical case of “problematic” movies, the concern revolves around what the film might make kids do.

Spike Lee’s Do the Right Thing ended (as does Joker) with a riot, and the fear was that Black youth, seeing a riot, would riot. They did not. In fact, if anything, DTRT inspired discussions about racism.

The 1979 cult film The Warriors, about a New York teen gang that gets stuck on the wrong side of town and has to fight its way home, was partially pulled by Paramount after reports of violence in inner-city theatres.

And Stanley Kubrick second-guessed A Clockwork Orange after the movie’s “droogs” apparently inspired copycat crimes. Among them was a rape in Lancashire committed while the attacker crooned “Singing in the Rain,” as Malcolm McDowell’s character does in the movie. A judge denounced “a horrible trend, which has been inspired by this wretched film.” Kubrick and Warner Brothers (ironically, the same studio behind Joker) agreed to pull A Clockwork Orange from British release.

Boyz N the Hood, meanwhile, premiered in 1991 to a spate of gang-related violence at L.A. screenings that reportedly left 30 people injured and one dead. A few months earlier, screenings of New Jack City saw shootings in New York and Los Angeles. But it would be wrong to see the movies themselves as the cause. The Rodney King beating took place early that same year. Race was a powder keg in search of a fuse. A movie was an excuse.

Violence itself is a symptom. And fears for, as well as fears of, our youth are as old as we are. There’s no doubt that a person shocked by Blackboard Jungle would have been knocked senseless by Joker.

But taken by itself, a movie is still just a mirror. And to blame it for society’s violence amounts to shooting the messenger.

Richard Dreyfuss Talks His Real-Life Ticket to the Moon and New Film, Astronaut