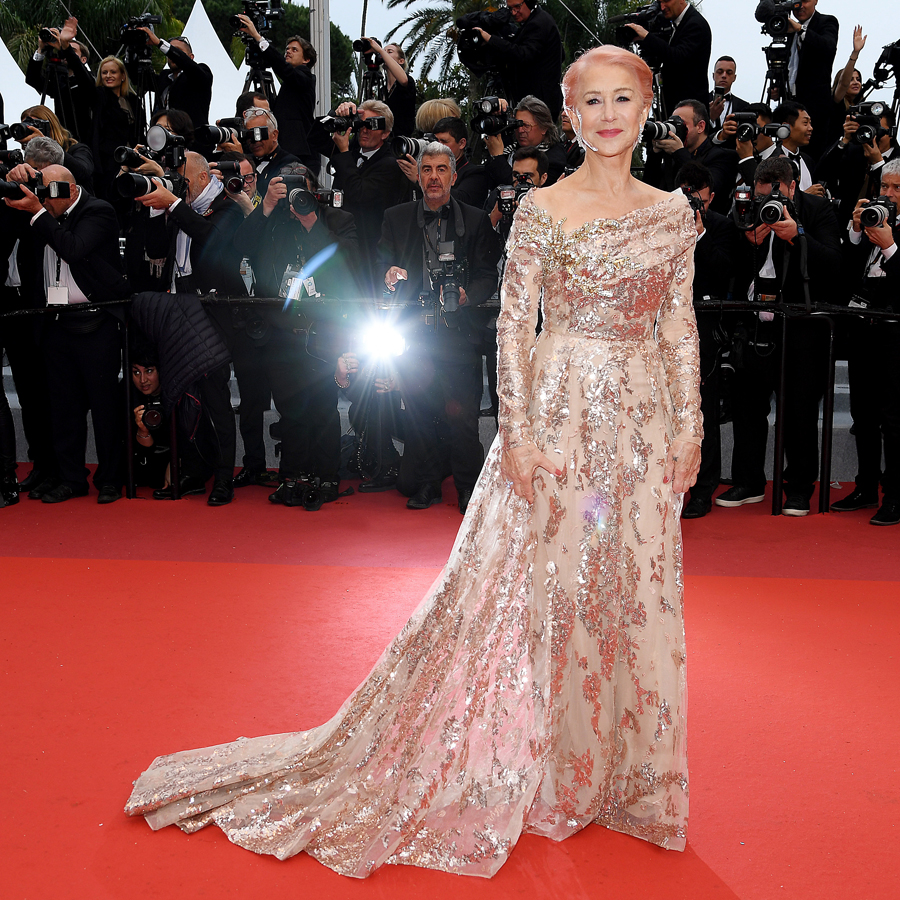 When it comes to playing Queen Elizabeth II on The Crown, is Helen Mirren against it or does this Dame protest too much?

On Thursday, the Oscar-winner appeared on the British talk show Lorraine and, when asked whether she’d take over as the monarch on the hit Netflix series after current Queen Elizabeth II Olivia Colman finishes her upcoming two seasons in the role, the 74-year-old responded, “I don’t think so. I think it’s more interesting when you see other portraits and it builds into a more interesting picture than just someone coming back.”

It’s a similar answer that she gave me when I spoke with her recently for Zoomer’s November/December 2019 cover story.

“No, I don’t want to become the go-to — not impersonator, but impersonating the Queen,” she told me. “It is a wonderful role to explore and when I did it, it was kind of dangerous for me to do because it had never been done before. I think The Crown is an incredible piece of work. I really enjoyed it and I am going to enjoy the next season and the season after that. I am going to really enjoy it as an audience.”

Of course, talk that Mirren could play Queen Elizabeth II on The Crown has followed the actress since 2015, when she publicly stated she wouldn’t play the role at the outset of the series. But the firestorm of rumours over whether Mirren might play a more contemporary version of Elizabeth II in future seasons of the show (actress Claire Foy portrayed her at the beginning of her rein in the first two seasons while Colman plays her, mid-rein, in the next two seasons) began with British scribe and Crown creator Peter Morgan, who said in an August interview that Mirren “loves” the Netflix series.

And while Mirren continually denies she’d take on the role, the lure of landing her own “royal flush” remains. Mirren, the only person who’s ever portrayed Queens Elizabeth I & II on screen, won an Oscar and Golden Globe for playing the current Queen on the big screen in 2006 (The Queen) and Tony and Olivier Awards for playing her on stage in 2013 (The Audience). By taking a role on The Crown, she’d put herself in a position to add an Emmy for playing Elizabeth II — an unprecedented trophy haul for portraying the same monarch in three different mediums (not to mention they’re all Peter Morgan productions). After that, she’d be one Elizabeth-themed Broadway musical cast album away from landing a Grammy — and the coveted EGOT — for playing the Queen.

Still, as fans endlessly speculate over her status as a potential future Queen on The Crown, and enjoy sneak peeks of the actors playing Prince Charles and Princess Diana ahead of the show’s third season premiere on Nov. 17, Mirren’s preparing for the North American debut of another royal role — that of Catherine the Great in the upcoming HBO miniseries of the same name.

“How many people are there in history like Catherine the Great?” Mirren said in our interview. “Women who were complex, who were vulnerable, who were powerful, who were successful — inevitably as an actor you are going to be drawn to the idea of playing someone like that.”

The miniseries, which debuts in North America on Oct. 21, is set in 18th century Russia, which Mirren calls, “a place of such unimaginable wealth and such unimaginable poverty. You have got a world of great extremes that you are dealing with … and to live in that world was extraordinary. To shoot in those incredible Russian palaces, to wear those extraordinary clothes, and then to engage in the culture or the world, the psychology of that world [was] a very powerful experience for me.”

So, as it turns out, Mirren does have another crown in her future — just not the one everyone expected.

Dame Helen Mirren discusses everything from aging to acting to becoming a social media superstar in the current issue of Zoomer magazine, available now.