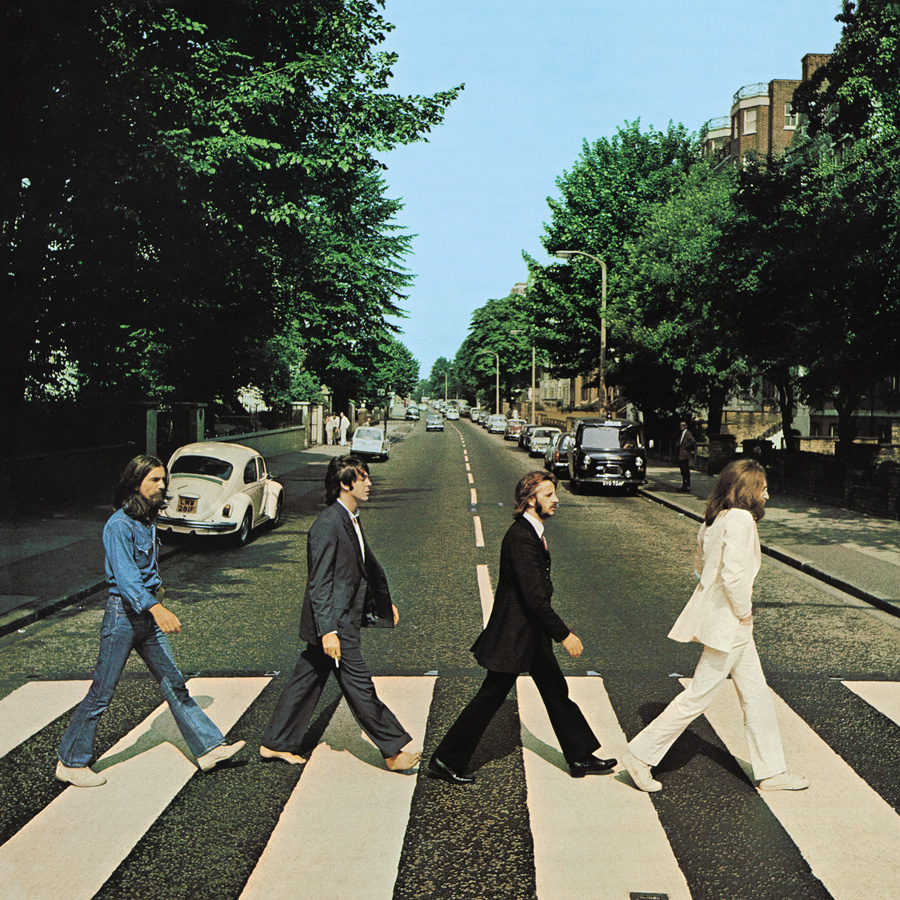 The Beatles album Abbey Road has reached the top of the U.K. album charts for the second time – nearly 50 years after it was first at No. 1.

Paul McCartney, who wrote the bulk of the Beatles’ hits with the late John Lennon, welcomed the news on Twitter, remaining somewhat humble about the album that enjoyed a 17-week run at the top of the charts. “It’s hard to believe that Abbey Road still holds up after all these years,” he said. “But then again, it’s a bloody cool album.”

The reissue of the album, recently released to mark its 50th anniversary, was created with the help of Giles Martin (son of George Martin, the band’s producer often referred to as the fifth Beatle), who created a fresh new mix of the album, which includes outtakes and demos in various configurations.

The re-release received a boost when Universal Music dropped a new video for “Here Comes the Sun,” which was released as the lead track on the B side of the original Abbey Road.

While widely regarded as an uplifting, inspirational classic, “Here Comes the Sun” is actually the sound of a man pulling himself out of a very personal darkness.

After temporarily quitting the band and his arrest for marijuana possession, Harrison went to visit friend Eric Clapton (and we won’t dwell on the complexities of that particular relationship). Away from the sturm und drang of his daily life, Harrison wrote “Here Comes the Sun” on an acoustic guitar in Clapton’s garden.

Recorded in the summer of 1969, the song emerged as a cornerstone of the record and quickly became one of Harrison’s best-known tunes. With its sense of hope and light, the song has since become a standard, with stand-out versions from Richie Havens, Nina Simone, Booker T and the MGs, and Paul Simon. Hell, even the cast of Glee took a crack at it.

If that doesn’t make it a classic, it’s hard to say what would.

Arriving at a consensus as to which Beatles album takes the top spot, however, is a little more difficult. For years, music fans regarded Sgt. Pepper’s Lonely Hearts Club Band (1967) as the band’s masterpiece, if not the greatest album of all time. The sensibility eventually shifted, however, and now Revolver (1966), with the proto-psychedelia of “Tomorrow Never Knows” and the lush emotion of “Eleanor Rigby” often receives credit as their best. Others feel that the albums, in fact, don’t represent the best of the Beatles at all, preferring instead their singles. And last year’s anniversary release of 1968’s The Beatles (a.k.a. The White Album) afforded that album a new level of respect. Then there’s Abbey Road.

Originally met with a mixed critical response, Abbey Road spent a few months on the charts (eventually the Rolling Stones’ Let It Bleed replaced it atop the album charts, which should serve as a reminder of what the music scene was like in 1969), but — and there’s no gentle way to put this — it is an odd album.

Split into two distinct halves to satisfy John Lennon and Paul McCartney’s differing visions for the record, Abbey Road contains some of the band’s finest music and some of their strangest experimentation. The Moog synthesizer takes on a critical role while “Medley,” on the B side, offers a hodge-podge of unfinished songs and fragments. It’s not a difficult album to listen to, by any means, but it is a strange one.

And it’s a masterpiece. Full stop.

A reader’s poll in Rolling Stone magazine in 2009 named it the Beatles best album, and it’s hard to argue differently (though Beatles fans, as noted, are nothing if not fickle: a later poll in Rolling Stone has Abbey Road taking third place, behind Sgt. Pepper and Revolver). It’s not only the classic stand-alone tracks — George Harrison’s “Something” (which was also his only A side on a Beatles single) and “Here Comes the Sun,” McCartney’s “Come Together” and, yes, Ringo Starr’s “Octopus’s Garden” — but the way the tracks come together. Despite its complicated genesis, with four songwriters working separately in a dizzying variety of styles, Abbey Road feels whole, appreciably more than the sum of its parts.

Part of that is technical. George Martin made the most of new equipment and increased sonic possibilities, and as a result the record balances a sense of lushness with immediacy across all the tracks. Listeners feel like they’re in the room as the heavy blues of “Come Together” and the finger-picking of “Here Comes the Sun” reverberate through them.

The other part of that sense is the Beatles themselves. Following the acrimonious and initially abandoned Get Back sessions, the band re-entered the studio in better spirits, and the Abbey Road sessions found them sounding like a band again. Of course, there were disagreements — we are talking about the Beatles here — but for the first time in a long time the four lads from Liverpool were able to bury the hatchet and create the magic.

The cover of Abbey Road, meanwhile, is at least as iconic as the music contained on the record. Possibly more so. The shot of the four Beatles on the zebra crossing on Abbey Road itself was shot in 10 minutes on the morning of Aug. 8, 1969. The crossing — which now has its own webcam — is visited by millions of tourists each year and has been given heritage designation for “cultural and historical importance.” The image has been honoured and parodied by the likes of Red Hot Chili Peppers (whose shot is mostly nude, save for their trademark sport socks), Booker T and the MGs, and The Simpsons (for the cover of Rolling Stone).

And let’s not forget the image proved one of the key pieces of “evidence” in the “Paul is dead” conspiracy theory of the late 1960s,  where Paul McCartney walking out of step with his bandmates symbolized that he had died and his clean-shaven and barefoot appearance referenced to his burial.

Yes, the ’60s were a strange time. And McCartney, ever the joker, revisited the image for a later live record with the tongue-in-cheek title Paul Is Live.

Just as important as its music and imagery, Abbey Road also marks the end of the Beatles. While Let It Be — the band’s final album — dropped the following year, there were no new recordings; the album was drawn from the painful, bitter Get Back sessions. And the relative peace of the Abbey Road sessions, it turns out, was only temporary. By the album’s release date, John Lennon had quietly left the band and formed the Plastic Ono Band; Paul McCartney publicly left the band in 1970. By the end of that year, each of the Beatles had released solo records; the dream – and the band – were over.

Drake vs. The Beatles: The Rapper’s New Tattoo Sets Off A Debate Over Who Is Best

12 Fab Four Lyrics and What They Mean

Yesterday: Imagining a World Without The Beatles