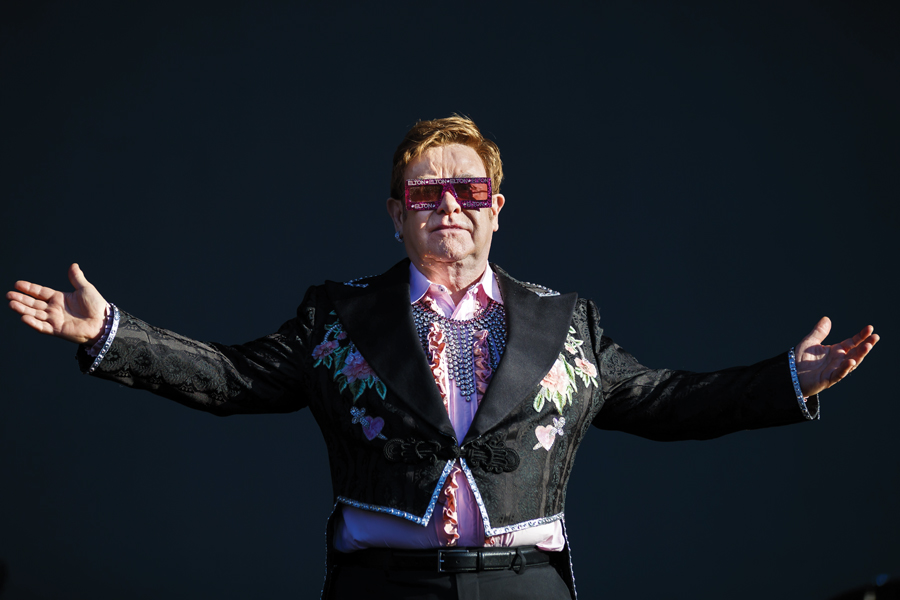 Long before Rocketman — the biopic that garnered almost universal praise upon its release earlier this year — offered a magically musical take on Elton John’s life, the 1997 doc Tantrums & Tiaras, directed by the star’s now-husband (Canuck filmmaker David Furnish) featured the rock legend throwing fits of rage as part of its unvarnished warts-and-all access.

The film itself is a PR rep’s worst nightmare, which is what makes it so wonderful. As John, 72, wrote in The Guardian in May, “I loved it because it was truthful … at my worst, I was disgusting and awful, and there’s no reason to pretend otherwise.”

In fact, through highs and lows, John has rarely balked at showing us who he really is — the rock star, the musical genius, the philanthropist, the gay rights activist and, yes, at times the diva and the drug addict. After all, it’s difficult to hide from your demons in the public eye — even more so when costumed like a multicoloured sequined peacock. But Elton has never shied away from either his successes or his faults and now, 50 years after the release of his debut album, 1969’s Empty Sky, the rocker literally turns his life into an open book with the autobiography Me (available October 15). “I am a survivor. I’ve survived a lot of things,” John told Variety earlier this year. “Life is full of pitfalls, even when you’re sober, and I can deal with them now because I don’t have to run away and hide.”

Far from hiding, John’s autobiography embraces the singer’s spirit of authenticity by taking readers on a candid journey through the ups and downs of his life, effectively nullifying the “Rocket Man” lyric “I’m not the man they think I am at home.” And fans have every reason to anticipate a detailed account. John noted in the Guardian that he kept a diary during the height of his fame that, when looking back, is “inadvertently hilarious” and includes ridiculously random entries like this: “Woke up, watched Grandstand. Wrote ‘Candle in the Wind.’ Went to London, bought Rolls-Royce. Ringo Starr came for dinner.”

Add to that Elton’s own website promising a tale that includes such highs and lows as “half-heartedly trying to drown himself in his L.A. swimming pool to disco-dancing with the Queen,” and this book may prove one of Elton’s biggest hits yet.

Me hits bookshelves on Oct. 15 and is available for preorder online now.

A version of this article appeared in the November/December 2019 issue with the headline, “He’s Still Standing,” p. 20.