Elton John on Diana, Paul McCartney and Other Celebrity Encounters in His New Memoir ‘Me’ 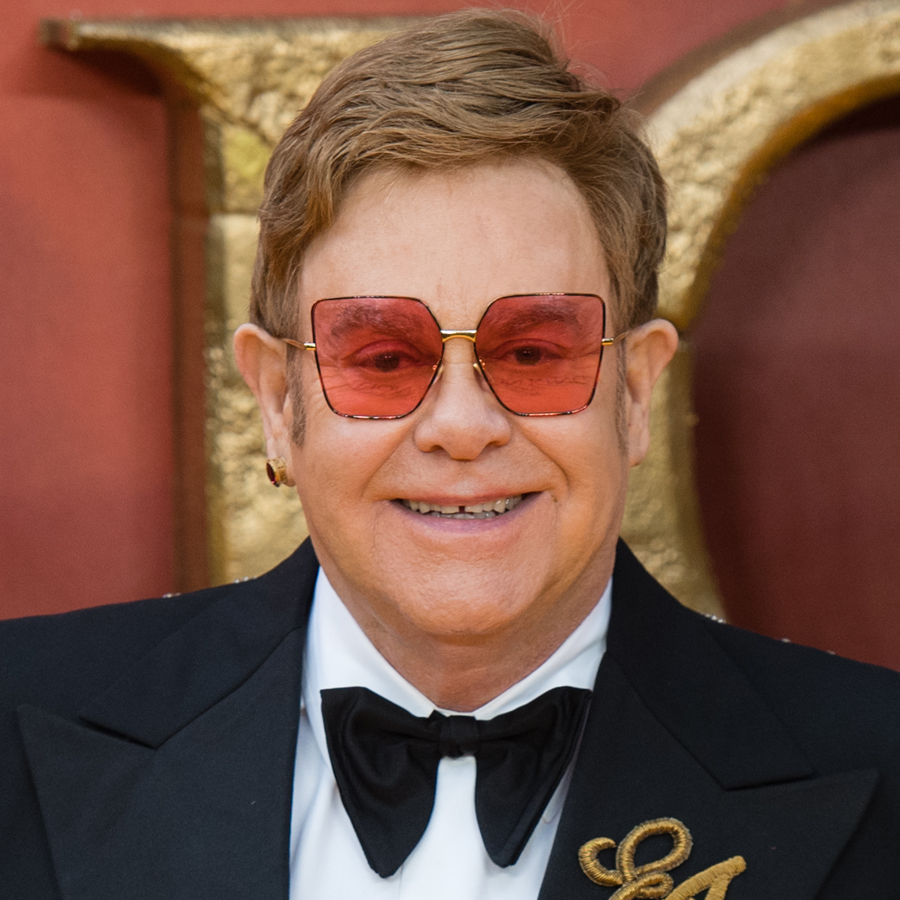 So begins Me, the new Elton John memoir that, like the best of his discography, flows with crescendos and downbeats, (burned) bridges and classic lines that linger long after you’ve finished.

Fifty years ago, John released his first album, Empty Sky, and five decades on, Me serves as an appropriate crown for a golden anniversary that yielded both a lauded big-screen biopic, Rocketman, and a sold-out global retirement tour.

Thanks in part to the fantastic ghostwriting by music journalist Alexis Petridis, Me feels unabashedly John — outrageous, over the top, funny, touching and completely unvarnished, shedding light on his personal life, formative years and legendary career. It also includes memories of famous folks whose company he kept, including Michael Jackson, whom John says “totally lost his marbles” in the 2000s. Then there was the party where both Sylvester Stallone and Richard Gere were pursuing Diana, Princess of Wales.

As you would expect, a book about John’s incredible life contains countless entertaining passages, but we’ve chosen five of our favourite insights from Me.

John’s wit is as quick as his piano playing at the opening of “Pinball Wizard,” which isn’t necessarily a head-spinning fact. But of all the stories of sex, drugs and rock ‘n’ roll crammed into Me, it’s fascinating that one of the main takeaways from the book is its humour.

Take, for example, John’s reminiscence of the time early in their careers when he and lyricist Bernie Taupin sold a tune to actor-singer Edward Woodward. “His album,” John writes, “was called This Man Alone, a title that eerily predicted its audience.”

There’s also a great anecdote about John taking his “middle-aged” mom on his private tour jet in the 1970s, where she unwittingly demanded to watch a popular new movie to see what all the fuss was about. The movie? Deep Throat.

One of the funniest recollections revolves around John’s journey on the elegant ocean liner SS France from England to New York, when his wardrobe was about as loud as his bright green hair. The singer recalls playing bingo with the snobby upper-crust passengers on the ship one day and actually winning, shouting “Bingo!” in excitement.

“I subsequently discovered,” he adds, “that the correct way to signify that you’d won on board the SS France was to graciously and demurely murmur the word ‘house.’”

Another laugh-out-loud moment comes courtesy of Billy Gaff, who managed John’s long-time friend Rod Stewart. In 1984, after years of sexual relationships with men, John announced he was marrying a woman — Renate Blauel — an engineer on his latest album, Too Low for Zero, which produced the hit single “I’m Still Standing.” In fact, John announced the engagement while in Australia with his boyfriend.

Friends and loved ones were understandably shocked by the news. Stewart couldn’t make the wedding (which took place just four days later) but, as John recalls, Gaff sent along a particularly blunt response to the invite: “You may still be standing, dear, but the rest of us are on the f–king floor.”

In one of the most frank passages of the book, John admits he wasn’t that interested in sex,  instead preferring to arrange romps between “a bunch of people who wouldn’t normally have sex with each other” and then sit back and watch (and, evidently, snap the odd Polaroid), while ensuring that no one ruined his furniture while in the act.

John was a late bloomer when it came to sex, and he notes that it may have saved his life. The singer, whose Elton John AIDS Foundation has raised hundreds of millions of dollars over the years not to mention awareness of the disease, writes, “Not being that interested in having sex myself is the reason I never got HIV. If I had been, I’d almost certainly be dead.”

He Couldn’t Kill Himself If He Tried

John has made more than one suicide attempt in his life, always as a cry for help. And while the emotional turmoil was no laughing matter, the Rocket Man’s repeated attempts to end it all thankfully proved more farcical than fatal.

His first suicide attempt followed his engagement to a woman named Linda, who he had met in 1967 while playing with his first band, Bluesology. At 21, John knew he couldn’t marry the woman, but he couldn’t muster the courage to end the relationship. So, while Taupin and Linda were elsewhere in their shared apartment, he stuck his head inside a gas oven and turned it on.

To be exact, first he opened the kitchen windows and then placed a pillow inside the oven, and set the gas to low. Not only, as John admits, did the attempt prove pathetic, but Linda assumed he was distraught over the state of his music career. The suicide attempt didn’t even succeed in ending the relationship, let alone John’s life.

The second time John tried to kill himself occurred at the height of his fame in the mid-1970s, after a record number of his singles debuted at the top of the charts and as he prepared to play before more than 100,000 fans over two shows in Dodger Stadium. John was an emotional wreck, so while entertaining his family at his California home — guests who travelled from England to be there, mind you — John took a non-lethal dose of pills and plunged into the pool. Realizing he didn’t actually want to die, he ended up swimming to safety, where he was met by his unimpressed grandmother.

“We might as well bleedin’ go home, then,” John remembers her saying. He broke into hysterics, noting it was probably the best response he could have received.

“I was looking for ‘Oh, you poor thing’, but instead I got, ‘Why are you behaving like such a twat?’”

Some of the events listed above fall under the category of “surreal,” but many of the moments that genuinely left him stunned happened early in his career when when he’d encounter personal heroes and larger-than-life celebrities. For example, while playing as a session musician in the late 1960s at Abbey Road Studios, Paul McCartney wandered into his recording studio, took a seat at the piano and played a new tune he was working on — “Hey Jude.”

Then there was the time when he and Taupin visited Brian Wilson at the former Beach Boy’s home in 1970, only to have the reclusive singer-songwriter awkwardly stare at them and sing the lyrics to “Your Song” before waking his confused daughters from their slumber to sing it to them.

He also remembers the night in 1972 when Neil Young showed up at his apartment at 2 a.m. to give John and his guests a live rendition of his latest album, Harvest. John writes, “So that’s how I heard the classic ‘Heart of Gold’ for the first time, presented in a unique arrangement of solo piano, voice and neighbour intermittently banging on the ceiling with a broom handle and loudly imploring Neil Young to shut up.”

Katharine Hepburn, however, might just take the cake. John recalls the legendary actress appearing in the yard of a bungalow he rented in 1972, telling him a mutual friend advised her she could swim in the pool. John sat “dumbstruck” as Hepburn changed into a swimsuit and then complained about a dead frog in the pool. When John failed to retrieve the frog, “she just jumped in and grabbed it with her hand.”

John asked her how she could touch the dead amphibian. Hepburn replied, “Character, young man.”

A Royal Dressing Down

John, of course, boasts a long history with Britain’s royal family — most famously, his friendship with Diana, Princess of Wales, for whom he rewrote “Candle in the Wind” and performed the song at her funeral.

But in his memoir, the singer recalls a run-in with Diana’s former father-in-law, Prince Philip, during John’s tenure as chairman of the Watford Football Club from 1976 to 1987. John, who lived near Windsor Castle, bought an Aston Martin and gave it a Watford-themed paint job — “yellow, with a red and black stripe down the middle.”

He called it the “Chairman’s Car” and used it to commute to away games. A great ride, sure, but it was hardly inconspicuous. John describes a conversation with Prince Philip where the royal remembered that the rocker lived near Windsor Castle.

“Have you seen the bloody idiot who drives around that area in his ghastly car?” he asked John.

John notes that Prince Philip didn’t bat an eye at the confession. Instead, he took the opportunity to offer his frank assessment of the vehicle.

“What the hell are you thinking? Ridiculous,” Prince Philip shot back. “Makes you look like a bloody fool. Get rid of it.”

Despite the royal command, John kept the car.

Me is available in stores and online now.

Elton John — Discs By The Decade

Elton John To Release Autobiography Me 50 Years After Debut Album

5 Things We Loved, and One We Didn’t, About the Elton John Rocketman Trailer