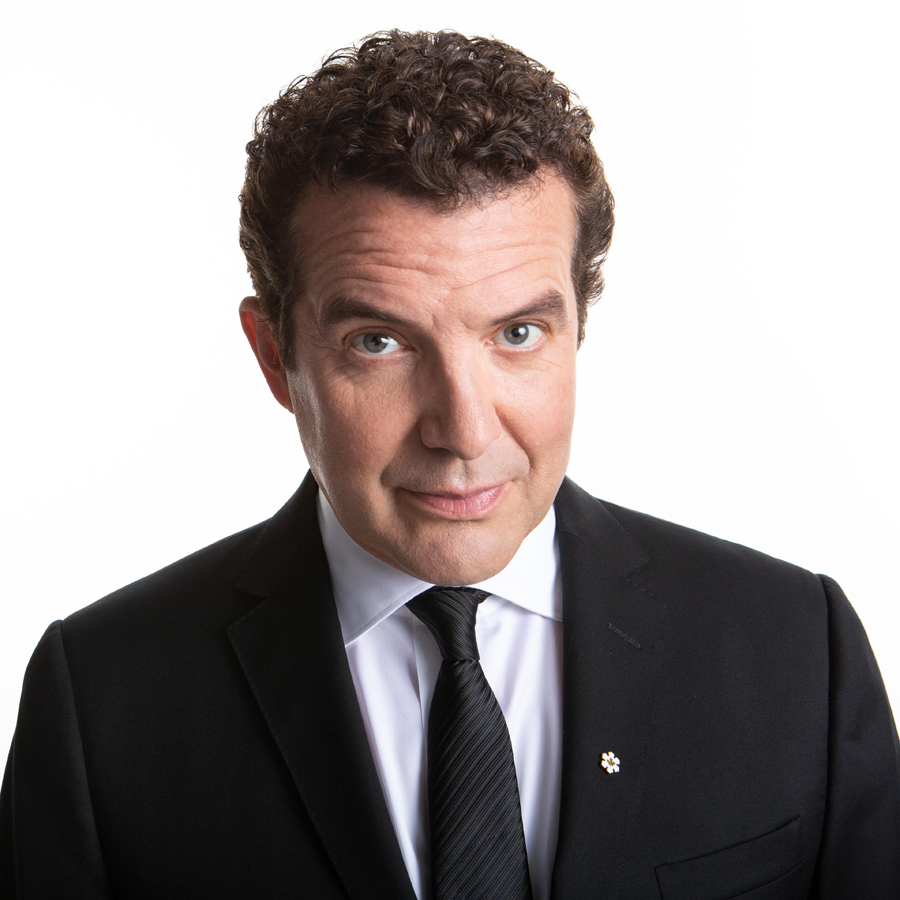 Rick Mercer has a theory about aging. Admittedly, it’s a “weird” theory — his words, not mine — that comes up after I mention his 50th birthday on Oct. 17.

“Leave it to Zoomer to bring that up,” he quips, before launching into his hypothesis that “If you can make it to 50, you’ve got a greater chance to go into 80. I don’t know why … There’s a whole bunch of stuff that could take you out that will take you out before 50 that you want to avoid.”

I ask if he means that your chances of living a longer life increase once you hit 50.

“I don’t know. Let me hold onto this theory,” he says. “If there’s scientific evidence to prove that this is not true, I don’t want to hear about it.”

He also doesn’t want to hear any talk about a 50th birthday bash, as his family rarely celebrated birthdays.

“Probably the last time I had a birthday party, maybe I was 10 or 11 years old. And for most of my professional life, I thought it was absurd to mark a birthday or to throw a party because I get enough attention. When you’ve been on TV for 25 years, [throwing] a party because it’s my birthday seems a little absurd.”

Mercer is glad, though, for the opportunity to mark the milestone. “When you reach 50, one of the things you realize is that a bunch of people that you went to school with aren’t around anymore … More and more, I feel grateful to be alive, which probably never crossed my mind in my 20s or 30s.”

So in lieu of a birthday blowout, Mercer’s hitting the road, crossing the country as host of the 18th Just for Laughs Comedy Night in Canada tour featuring comedians Ivan Decker, Debra DiGiovanni and Ali Hassan.

Rick Mercer Goes Back to His Roots

Mercer last performed with the JFL comedy tour 16 years ago, doing a stage version of what would become The Rick Mercer Report, which launched into its 15-season run on CBC shortly after the tour.

“Every experience is one that obviously has an impact on your career moving forward, and certainly the learning curve that I experienced on the Just for Laughs tour was unlike practically anything else I did,” he says of the earlier tour. “I felt like it was going to university really because I was just surrounded by such great comics and I learned a lot from them. And I was open to learning from them because I’m not a traditional stand-up. So I watched them very closely and asked a lot of questions, like any good student.”

Mercer doesn’t see himself as mentor to other comedians on the tour, but notes that, even today, playing theatres across the country with younger performers who are “all going to bring their A-game” still excites him. It’s a thrill that, in a sense, harkens back to his childhood, when comedy shows and troupes like SCTV and Wonderful Grand Bend blazed a trail for Canadian funny men and women to follow.

“A kid would say, ‘I want to be a fireman.’ You’d be like, ‘Why would you want to do that when there’s television and comedy?’ That’s the only thing that matters.”

Why Did the Comedian Cross the Country?

In the ensuing years, Mercer travelled Canada from coast to coast to coast, performing or filming The Rick Mercer Report in many of the same cities where the JFL tour touches down.

The tour begins, for example, in Mercer’s hometown of St. John’s, N.L. “Obviously, I love that town. It’s my favourite town. I’m just lucky enough to have been born there.”

Edmonton, meanwhile, brings to mind the time he met former Alberta Premier Ralph Klein … and went harness racing. “That was such a tremendous day because Ralph Klein was such a giant political figure, and I spent such a huge amount of time with him. He was very reticent to do it but then once he agreed to do it, he wanted to hang out all day.”

Toronto, meanwhile, reminds Mercer of hanging out with singer and good friend Jann Arden. “I can’t look at the CN Tower without picturing Jann Arden dangling off the side of it because I literally never saw anyone in my life so afraid and yet at the same time it was so hysterical,” he says, recalling the time the pair did the Edgewalk together. “And I knew she was okay because I knew she was tied on, so barring a catastrophic heart attack, she was going to pull through.”

But perhaps the moment that proved funniest occurred in British Columbia when Mercer joined activist and athlete Rick Hansen on a bungee jump — wheelchair and all.

“His famous line at the bottom when I said, ‘How are you?’ And he said, ‘I can’t feel my legs.’ It’s one of the greatest moments in Canadian television if you ask me.”

Aside from his comedic cross-country travels, Mercer made a name for himself by using his wit to lampoon politicians. And it just so happens that the Just For Laughs tour kicks off on Oct. 23, two days after the Canadian federal election.

“As you can imagine, [I’ve been] following the federal election. And I get on the phone every night and talk, so instead of doing a rant on national television, I call friends and rant at them,” he notes. “And obviously there’s material there, and that will be on stage at this Just for Laughs tour.”

When it comes to the 2019 election, Mercer doesn’t believe it’s any more tawdry than past campaigns. “That said, it’s completely nasty, and there’s tons of stuff and tons of commentary that’s uncalled for, and there are many examples of leaders acting in a way that is beneath the dignity of anyone who wants to be the prime minister of Canada.”

Mercer prides himself on remaining non-partisan during his run on The Rick Mercer Report, though he does enjoy the fact that “While the Tories were in power, they were convinced that I was a Liberal or an NDP (supporter), but when the Liberals were in power, when Chretien was in power and Paul Martin was in power, some of the most vitriolic reactions that I would get on a weekly basis (came) from the PMO. They were just beside themselves.

“It’s kind of like the role of the official Opposition,” he adds. “Your job is to oppose. So you spend a lot of your time talking about the party that’s in power versus the Opposition.”

In fact, Mercer found himself in the thick of the election fervour in September when the Burnaby North Seymour Conservative Riding Association shared a meme on social media that showed a photo of the comedian alongside a quote from him imploring young people to vote. At the end of the quote the words “Vote Conservative” appeared, giving the misleading impression that Mercer said it.

Mercer, for his part, didn’t stoop to the bitterness and disillusionment that seems to come with political discourse these days. Instead, he found a silver lining in the fact that someone misrepresented his words as a party endorsement.

The Just For Laughs Comedy Night in Canada tour kicks off on Oct. 23 in St. John’s, N.L. Click here for a complete list of tour dates and ticket info.

Podcast: Rick Mercer on Rants, Non-Retirement and His Final Report