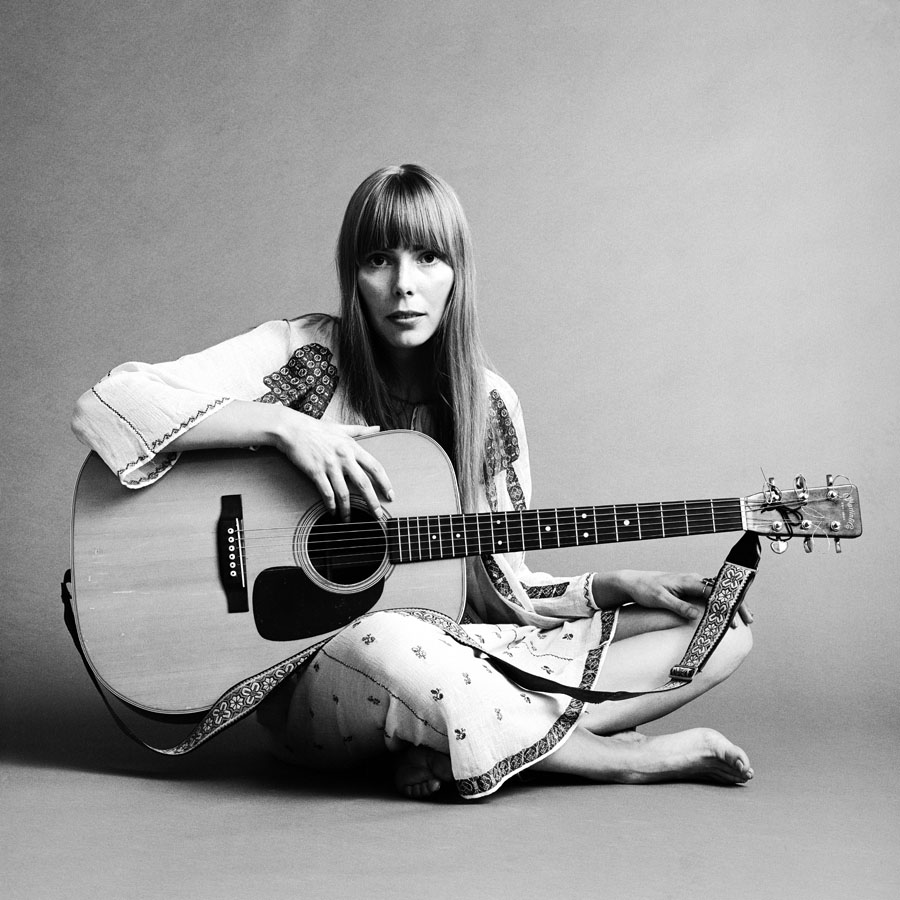 So declared singer/songwriter Brandi Carlile, who hosted a tribute concert for Joni Mitchell at Disney Hall in Los Angeles in October, performing the Canadian songstress’ legendary 1971 album Blue live before a star-studded audience including Elton John and, of course, Mitchell herself.

In fact, as Mitchell celebrates her 76th birthday today, she remains a beacon of creativity and one of the most revered musical artists in the world, one who’s endured pop culture shifts as well as medical setbacks in recent years — including a debilitating brain aneurysm in 2015 that forced her to learn to walk again.

“Mitchell’s words, as sounds and as wisdom, echo through the minds of anyone who loves her, and will last because the loud renditions or whispered repetitions that happen when no one else is around: each of us, fervent Joni fans or radio sing-alongers, learning to comprehend love and life from the map left by her pen,” journalist Ann Powers wrote for NPR in October.

Last year, Mitchell enjoyed JONI 75: A Birthday Celebration Live, a tribute concert featuring talents from James Taylor to former beau Graham Nash to Norah Jones. Earlier this year, the Alberta Ballet remounted The Fiddle and the Drum featuring Mitchell’s music and libretto,  described in 2007 as a “labour of love” between Mitchell and choreographer Jean Grand-Maître. Mitchell called it  “the most satisfying project” of her career.

And in October, Mitchell published Morning Glory on the Vine — a collection of early drawings and handwritten lyrics she created in 1971 as Christmas gifts for friends. The book offers a warm and sinuous stream of lyric, image and colour that The New Yorker’s Amanda Petrusich characterized in October as “a reassuring, almost palliative object on its own: these drawings and writings, arranged so artfully and carefully, feel like an anchor in an increasingly unsteady world.” As Mitchell celebrates her 76th birthday, art continues to play a central role in her life.  Mitchell’s website has a whole section devoted to her paintings, and includes this quote from a 1998 interview: “I’m a painter first, and a musician second.  In October, she told the New Yorker she had turned her current house into  an art gallery. “I have lots of wall space to hang my paintings. I like to do my own decorating, and I like colour around me.”

So happy birthday Joni Mitchell. May your palette always be rich in hue.

Joni Mitchell is An Open Book for Journalist Malka Marom

Our Favourite Quotes from Joni Mitchell: In Her Own Words