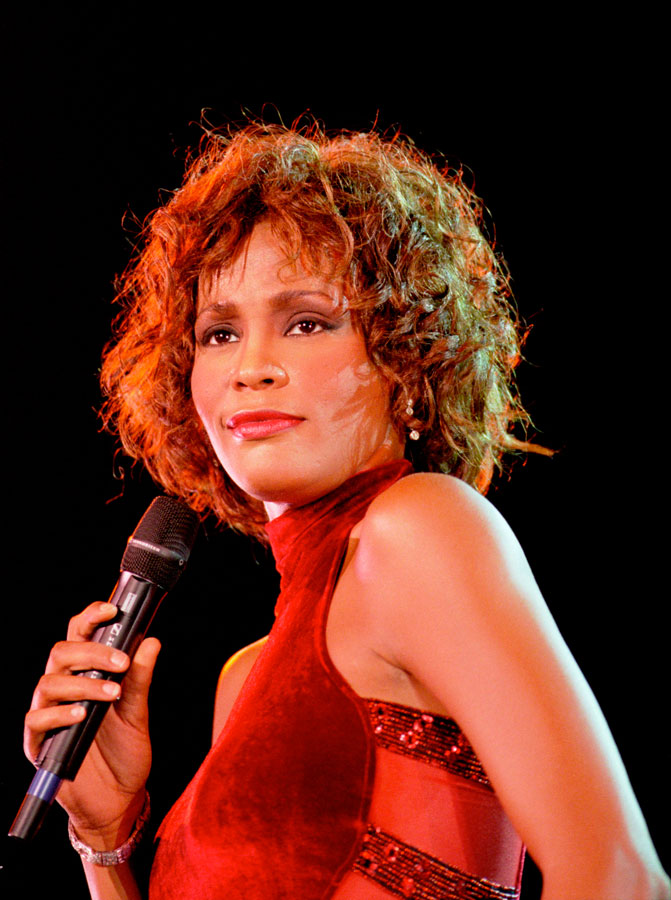 Early excerpts from an upcoming book by Whitney Houston’s lifelong friend Robyn Crawford confirm that she and the powerhouse diva were lovers before Houston found fame.

Arriving seven years after Houston’s drug-fuelled, accidental drowning in a bathtub at the Beverly Hilton in 2012, Crawford’s book, A Song For You: A Life With Whitney Houston, is due to be published Nov.16.  So far, only an excerpt has been released, and although the teaser likely led with its biggest gossip gun, the book itself promises more context about the singer’s most intimate friendship. On Saturday, Crawford will elaborate on the details of her long-time love and friendship with the late superstar in an interview to air on a special edition of NBC’s Dateline.

Rumours about a romance involving Houston and Crawford have been out there in the public realm. A 2018 People story about the release of the documentary Whitney cited friends and family confirming the pair were once more than just friends, and Houston’s husband, singer Bobby Brown,  told US magazine in 2016 that it was true and his wife was bisexual. But this is the first time it has been confirmed by Crawford, now 58. She is breaking her silence, to use the modern gossip-rag parlance, because “I’d come to the point where I felt the need to stand up for our friendship. And I felt an urgency to stand up and share the woman behind the incredible talent.”

This is an important story to surface now because it reminds us how far we have come in the fight to be able to be –— and to love — whomever we want. Of course, we won’t ever know if Houston would be comfortable with the news coming out. But her demise and the subsequent death of Houston’s daughter further freed Crawford to reveal her truth. Bobbi Kristina Brown, Houston’s only child with singer Bobby Brown, died in 2015 at 22 after six months in a coma following a drug overdose in a bathtub that eerily mirrored her famous mother’s.

All of these circumstances added up, for Crawford, to the right moment to raise the veil on their shared past. “I wanted to lift her legacy,” she writes in the excerpt, “give her respect and share the story of who she was before the fame, and in that, to embrace our friendship.”

Whitney met Crawford in 1980 at a New Jersey summer camp where 19-year-old Crawford and 17-year-old Houston were counsellors. On the spot, Crawford promised, “I’m going to look out for you,” one she kept until the singer’s early death.

It wasn’t long before the relationship grew romantic, and eventually intimate, Crawford reveals. “The physical part of our friendship happened along the way and it was just as beautiful,” she says in an excerpt of her book published in People. “We were on a journey together and we were connected.” Of their first kiss, Crawford says it took place at Houston’s house later that summer. “We talked and talked,” according to Crawford. “And then all of a sudden, we were face to face. The first kiss was long and slow, like honey. As we eased out of it, my nerves shot up and my heart beat furiously. Something was happening between us.”

The idyll lasted until 1982, when Houston was first signed to Clive Davis’ Arista Records. Crawford recounts that Houston handed her a Bible and told her they should not be physical any longer, because it “would make our journey even more difficult.” Notably, Houston’s mother, gospel singer Cissie Houston, pressured Houston to project a heterosexual image. “Whitney told me her mother said it wasn’t natural for two women to be that close.”

Crawford says she accepted Houston’s wishes, knowing that, in the 1980s, fans would not take their same-sex relationship well. For her part, Crawford focused on the pair’s growing friendship and her role as Houston’s assistant instead. “I kept it safe,” she says of their secret. “I found comfort in my silence.”

She left the star’s entourage around 2000. And after years in Houston’s orbit, which was often frenzied due to her long-time and very public struggles with substance abuse, today Crawford’s life is quiet. Once an actress herself, Crawford is now a trainer specializing in family fitness. She lives in New Jersey with her partner, Lisa Hintlemann, and their adopted children. The spotlight of this memoir — with its intimate revelations about the personal life of a beloved vocal legend — will no doubt upend that quiet life, at least in the near future.