Margaret Atwood At 80: Canada’s Queen of Letters Is (Still) At the Top of Her Game 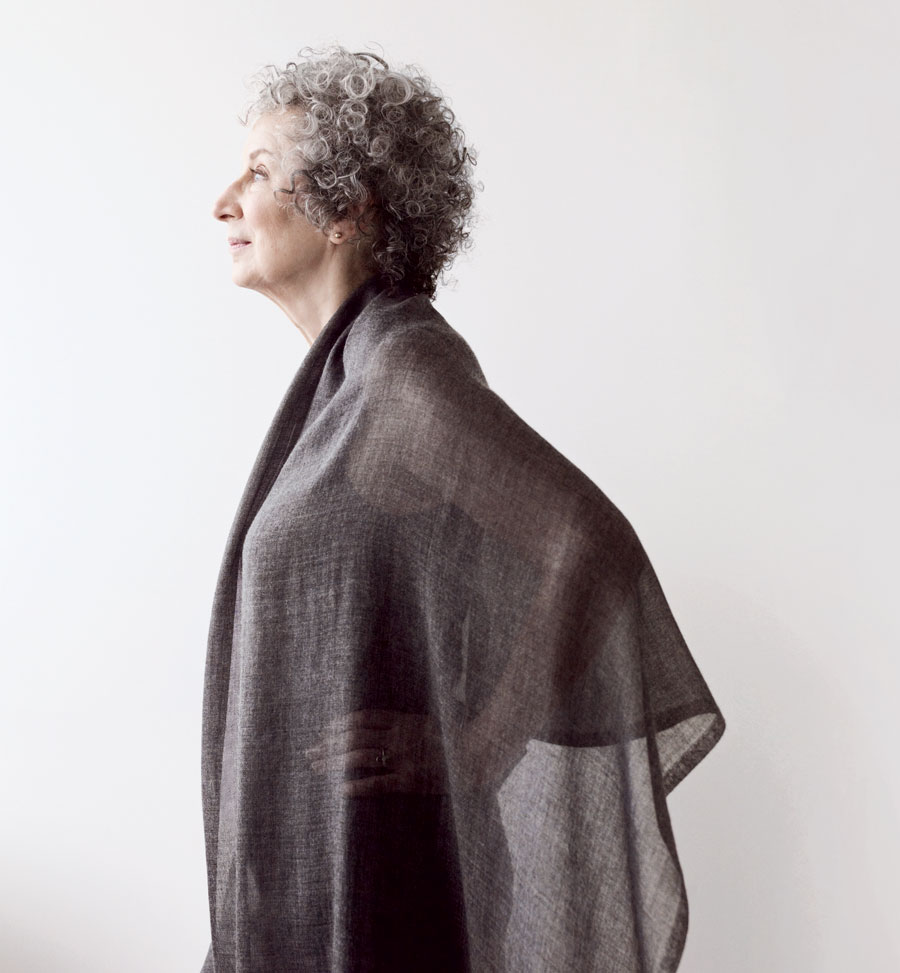 Margaret Atwood may be renowned for her speculative fiction, but even she didn’t foresee that her 80th year would prove one of the most fruitful of her writing life. In fact, just two short years ago, as she prepared for the miniseries adaptation of her Giller Prize-winning novel Alias Grace, she told Zoomer, “I’m having a moment. Who would have predicted that?”

She added that, “I’ve always been the Wicked Witch to some people. And Glinda the Good to others. Status waxes and wanes. It’s very nice when you’re having a moment. People think you’re important.” And then, in what could prove the most inaccurate speculative work by Atwood ever, she added, “But there will come another moment when they don’t.”

Canada’s Queen of Letters kicked off 2019 with a nod to her enduring pop culture cred, receiving VH1’s Trailblazer Honor, awarded on International Women’s Day, to “today’s most respected politicians, entertainers, artists, activists, allies and icons who have dedicated their time and steadfast commitments to the women’s movement and beyond.”

Ever the prolific tweeter, in April Atwood thrilled her two million Twitter followers (and non-tweeters alike) when she sat down with Twitter co-founder and CEO Jack Dorsey for a candid talk moderated by TV Ontario’s Nam Kiwanuka in downtown Toronto.

“I see her as a sage, but also a seer into the future, but also someone who could just tell an amazing story that made you feel really good,” Dorsey said of Atwood at the event. “And it was always a little bit surprising, and I always walked away thinking completely differently. It was fiction but it related so much to the day-to-day that I wasn’t familiar with.”

“I hope you’re writing this all down,” Atwood quipped afterward. “I’ll put it on the back of my next book.”

Meanwhile, her actual next book, the Handmaid’s Tale sequel The Testaments, garnered buzz all year before breaking Canadian first week sales records in September, landing a TV adaptation deal and Atwood on the cover of Time magazine.

Shortly thereafter, however, she suffered the loss of her partner, author Graeme Gibson, at age 85.

Still, Atwood soldiered on, and in mid-October she crossed the pond to collect her second Booker Prize — shared with author Bernardine Evaristo — making history as the oldest winner ever. Tea with Camilla, Duchess of Cornwall, followed, and 10 days later she returned to London to meet the actual Queen, receiving the prestigious Order of the Companions of Honour for her “services to literature.” She also announced she planned to pay her success forward, donating half of her Booker winnings to Indspire, a charity that supports educational initiatives for Indigenous Canadians.

And to close out her birthday year, Canadian filmmakers Peter Raymont and Nancy Lang debuted A Word after a Word after a Word is Power, the first ever documentary about the life of Margaret Atwood. The film, which premiered at the TIFF Bell Lightbox in early November and receives its broadcast premiere on November 19 on The Documentary Channel, has already sold in the U.S., Australia, across Europe and even in Iran.

“It makes us realize how she is known around the world and loved and read,” Lang says. “It confirms what we’ve heard when you see all those broadcasters stepping up knowing their viewers want to see this.”

As for Atwood, she’s carrying on as she always does, perpetually enjoying “a moment,” regardless of what new aging milestone her birthday brings.

It’s a resilient spirit exemplified in a 2016 interview about her graphic novel Angel Catbird, when I noted that she once joked that she’s “supposed to be a nice literary old lady” who rests on her laurels in her rocking chair instead of writing comics.

“Well, artists don’t retire…If you’re self-employed, nobody says, ‘Time for you to leave,’ and therefore there’s no reason not to continue to explore new areas,” Atwood told me. “Somebody said to me on Twitter, ‘She got old.’ And I said, ‘Better than the alternative.’ You get old or else you die. So, me, I’d rather get old.”