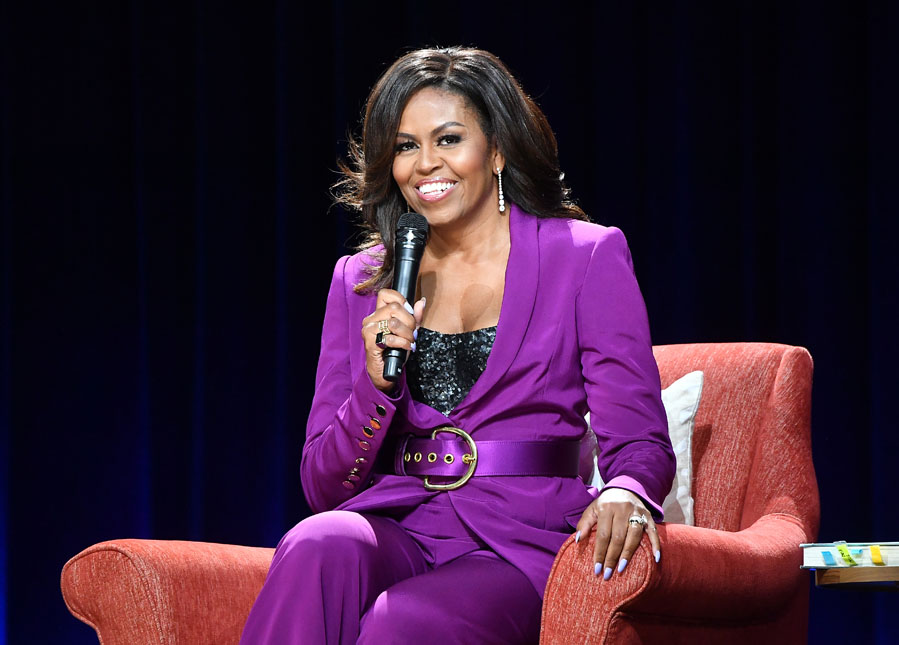 Former First Lady Michelle Obama shattered sales records with the release of her memoir, Becoming, in 2018, selling more than 10 million copies, outselling all other books published in the U.S. in 2018 and “becoming,” pardon the pun, the best-selling memoir in history.

And today, the 55-year-old’s memoir hit another milestone, with the audiobook version, narrated by Obama, landing a 2019 Grammy nomination for Best Spoken Word Album. Obama has to be considered a front-runner for the award, both given the runaway success and positive reviews for the memoir and the fact that the audiobook version helped skyrocket audiobook sales in some markets, like in the U.K., where overall book sales sagged.

Should Obama win and attend the ceremony — which takes place on Jan. 26, 2020 — viewers can expect a thunderous ovation of the kind she received at the 2019 Grammy Awards last February. During that ceremony, the First Lady appeared alongside Lady Gaga, Jada Pinkett Smith and Jennifer Lopez to discuss the inspirational role that music has played in their lives and had to restart her monologue because the audience drowned her out with cheers.

Of course, should Obama take home the hardware, she’d join Hillary Clinton as the only two Grammy-winning First Ladies. Clinton won in 1997, while still serving as First Lady, for her book, It Takes a Village.

As well, American presidents enjoy a long history of winning Grammys in this category, with former POTUS Jimmy Carter boasting three Grammy wins (including most recently in 2018 for his book Faith: A Journey for All), Bill Clinton winning once, in 2005, for his memoir My Life, and Michelle Obama’s own husband, Barack, who’s won the award twice — in 2006 for Dreams from My Father and in 2008 for The Audacity of Hope.

A win by Michelle Obama would, in the interest of political and cultural trivia, technically make the Obama’s the most Grammy-awarded POTUS and FLOTUS duo in history.

The Grammy nomination also comes one day after the release of Michelle Obama’s Becoming: A Guided Journal for Discovering Your Voice, a journal with writing prompts and messages from Obama that aims to “resonate with key themes in Mrs. Obama’s memoir,” according to a press release, while helping readers reflect on their own histories, challenges and goals.

As the Michelle Obama Book Makes History, 15 Other Must-Read Memoirs