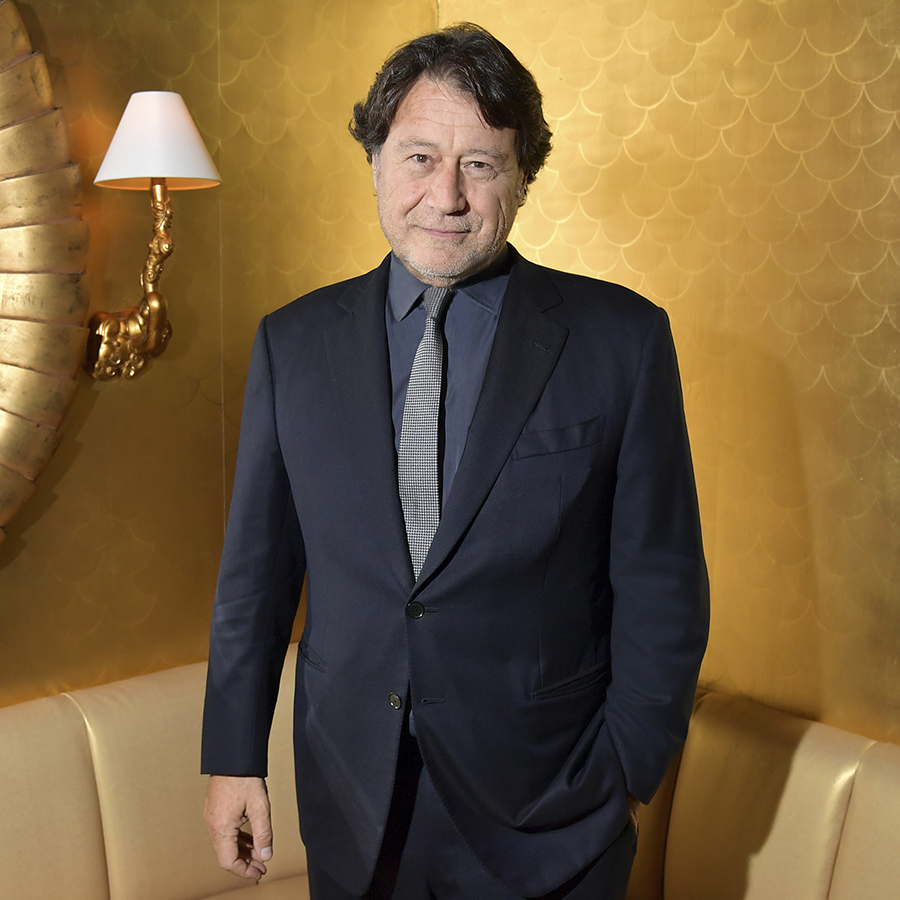 Famed Canadian producer Robert Lantos, above, following a New York screening of his latest film, 'The Song of Names,' which he calls "the biggest challenge of my career." Photo: Michael Loccisano/Getty Images

Robert Lantos is no stranger to financial risks. The prolific Canadian producer with more than 60 movies to his name helped cultivate the nation’s film industry over the last 40-plus years, not to mention the careers of filmmakers like Atom Egoyan and David Cronenberg.

“Being a producer, we were always at the precipice. We would set out to raise money for a movie and then, suddenly, we’d have millions. And then we’d spend all the millions and then have nothing,” the 70-year-old says in the downtown Toronto office he shares with his son, fellow producer Ari Lantos.

Creative risk, however, is a different story. Sure, he’s experienced it, though nothing compares to what he set out to do with his latest, and most personal project, The Song of Names, which made its world premiere at the 2019 Toronto International Film Festival.

Taken from the novel by English music critic Norman Lebrecht, The Song of Names follows the journey of a young Polish violin prodigy named Dovidl Rapaport who’s sent to live with a musically inclined family in London in 1939, as much to keep him safe ahead of the Nazi invasion as to foster his talent. Years later, on the night of what is intended to be his triumph in front of a VIP concert crowd, he disappears on a quest of self-discovery, with his obsessed and angry best friend Martin tracing his steps along the way.

“It’s a good story, because in the times we live, remembering the horrors of the past is possibly the only chance we have of not repeating them,” Lantos says. “I thought I must make this film for that reason and because I’m possibly the only producer foolish enough to do it.”

As befits a movie with classical music at its core, The Song of Names is directed by Quebecois filmmaker François Girard (The Red Violin and Thirty Two Short Films About Glenn Gould), and the title refers to an oral tradition from inmates of the Treblinka death camp, a lament that lists the names of the dead and takes five days to sing.

And while the The Song of Names provided logistical hurdles — it was filmed in four countries, depicts three decades and employs six actors to play both Dovidl and Martin (Clive Owen and Tim Roth play them as adults, and real-life violin prodigy Luke Doyle plays Dovidl as a child) — the real challenge arose from the fact that the actual “Song of Names” is just a title in a book and script.

“This piece of music that delivers the central mystery of the film,” Lantos notes, “didn’t actually exist.”

Lantos turned, as he often does, to a Canadian talent — Oscar-winning soundtrack legend Howard Shore (The Lord of the Rings), who undertook two years of researching Jewish musical tradition.

“Howard translated that one line into this exquisite piece of music. On my films, usually the composer is the last one in. This time, without the music, we had no film.”

‘Beaten as a Jew in Two Countries’

Both as an independent producer, and as CEO of Alliance Communications Corporation, the film studio he created with his late partner Stephen Roth,  Lantos has produced all genres of movies. But there is a through line in films he’s produced involving inhumanity and genocide, including Sunshine (2000), Egoyan’s Armenian genocide film Ararat (2002) and 2015’s post-Auschwitz drama Remember, starring Christopher Plummer.

“I don’t know what else I can do to contribute to the zeitgeist,” Lantos says about those films. “It can never happen again. But unfortunately, the signs are pointing in the opposite direction. It’s been going on in Europe, but it’s contaminating North America. Jews are being killed in synagogues and kosher markets. And Jewish kids are subjected to bullying and beatings on campuses.”

Bullying and beatings over his Jewishness were seminal events in Lantos’ life. Born in Budapest in 1949 to Holocaust survivors, the family moved to Uruguay in 1956 after the Soviet crackdown in Hungary, and then to Canada in 1963. Lantos’ parents pointedly raised him without religion.

“They saw an opportunity to raise their only child as someone fully assimilated and no different than anyone else. They thought that was the safest thing for me.”

To the surprise of his parents, Lantos say he “came to my Jewishness slowly, because it was imposed upon me by those who hate Jews. Without knowing I was Jewish, I was called a ‘Dirty Jew.’”

Wrongheaded assimilation plays a part in both The Song of Names and in Sunshine. As Dovidl contemplates a ritual renunciation of his religion, he says, “No amount of baptism could wash the Jew out of Jesus.” And in Sunshine, the protagonist Adam (Ralph Fiennes) converts to Catholicism and wins a gold medal in fencing for Hungary. But this status doesn’t hold up after the Nazis arrive.

“That film was precisely about the consequences of assimilation,” Lantos says. “You remain a Jew in the eyes of people who hate you, whether you think you’re a Jew or not.”

His embrace of films and of his heritage played a part in naming his son after Ari Ben Canaan, a character in the Leon Uris novel Exodus, played by Paul Newman in the 1960 Otto Preminger movie.

Following his graduation from McGill University in 1972 with a Master of Arts in literature, Lantos dabbled in film distribution, and later started his own production company with Roth called RSL. From the beginning, he promoted Canadians.

Lantos recalls meeting David Cronenberg “on the [Promenade de la] Croisette at the Cannes festival in, I believe, 1975. He was walking around and sleeping in the offices of the Canadian Film Development Corporation. He had no hotel room, and during the day he had to vacate the premises, which was why he was walking around.”

Lantos says Cronenberg had recently completed his science fiction horror film Shivers, which was screening away from the festival. The producer, who was about 25 at the time and  a few years younger than Cronenberg, had no interest in horror films.

“He had difficulty getting it financed. Eventually it landed on my desk, and I said, ‘This is going to be fun,’” Lantos says. “I knew it would be kinky, which appeals to me, and controversial, which also appeals to me.”

“Robert is great at supporting Canadians,” Girard says. “On this film, the whole team – DP (director of photography), production designer, costume designer, editor, most of the keys – are Canadian, all sound, all picture, all design.

“He is the only true mogul in the Canadian industry. This kind of work gets quite intimate and Robert is a very warm person, very charming.”

Meanwhile, Lantos, having sold his interest in Alliance in 1998, is back where he started — producing. He says it’s a bittersweet experience now.

“Making films is still fun,” Lantos explains, “but getting there has become brutal and almost insurmountable. Putting together an independent film the size and scope of The Song of Names was the biggest challenge of my career.

“It wouldn’t have been that hard even 10 years ago,” he adds, “but it is now, when the movie theatres are dominated by men who fly and put out fires with their eyes and lift high-rises with their fingers.”

The Song of Names is in theatres beginning Dec. 25.

The Through Black Spruce Film and the Importance of Indigenous Representation