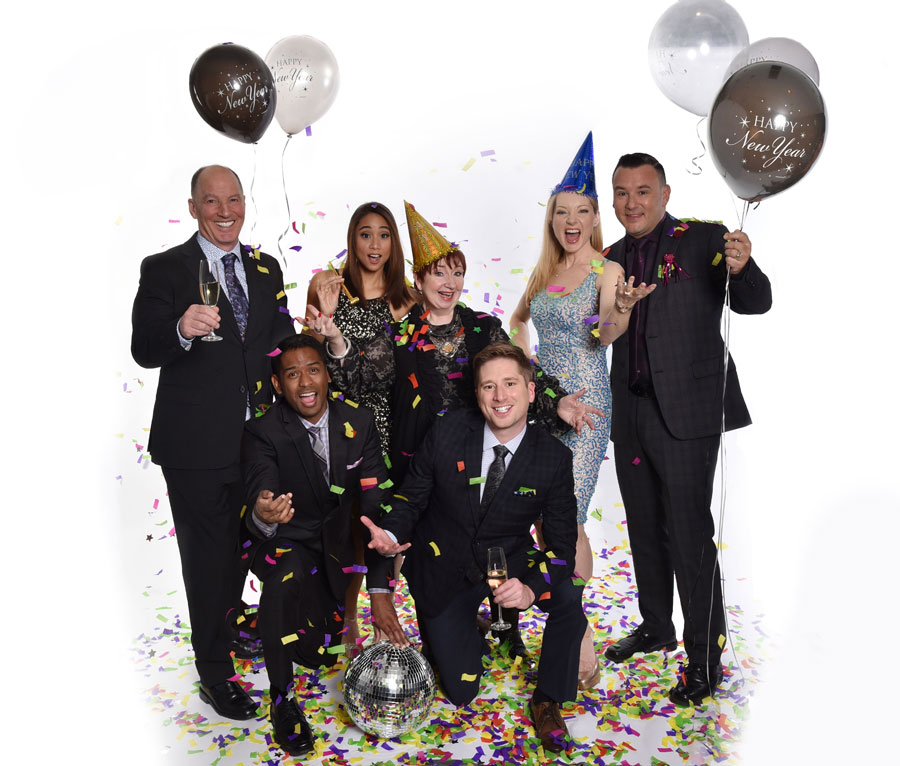 It’s an ignominious end for the Royal Canadian Air Farce members, a sketch troupe that once produced the second most-watched CBC show after Hockey Night in Canada.

Its last show promises to be unique, although not for the reason fans might expect. To start, the New Year’s Eve special airs the day before, on Dec. 30.

And the famed Canadian sketch group recorded it in a small rented space without a studio audience, which Canadian comedian Don Ferguson, 73, an original member, called “a parting gift from the CBC.”

Sitting in his office in Toronto’s west-end Junction neighbourhood, Ferguson said, “It’s the first and only time in 46 years of the Air Farce that we have not performed in front of a live audience.”

And that’s not all.

“The second unique thing,” he points out, “is that this is the only [Air Farce] TV show we’ve ever done where we did not set foot in the CBC building.”

The budget for the farewell show amounted to 15 per cent of what the group received for previous New Year’s Eve specials, forcing them to use some archived material.

Preparing the Royal Canadian Air Farce for Take Off

A few years ago, I watched a 1972 episode of the Canadian celebrity game show Party Game. The resident charade players (Jack Duffy, Dinah Christie and Billy Van) competed against a young comedy troupe called The Jest Society. The name itself was a spoof of then-Prime Minister Pierre Trudeau’s Just Society campaign slogan.

“That would have been Luba (Goy), Roger (Abbott) and me,” a surprised Ferguson recalls with a laugh, when I mention that appearance by what I called the “Air Farce babies.”

Ferguson and Abbott, another founding member of Air Farce, became friends at age 13 at Montreal’s Loyola High School. Abbott started The Jest Society in Montreal with a revolving-door cast that didn’t initially include Ferguson.

“I’d been hanging around taking promotional pictures for them because I knew Roger. And one of them left, and they literally needed somebody new overnight,” Ferguson recalls.

“They said, ‘Can you do this for a week until we get an actor?’ That was my entry into showbiz.”

Then came the move to Toronto, which culled the herd.

“They performed in Toronto and got a good review and decided to give it a shot. The originals were all Montrealers, and some of them said, ‘I’m a Montrealer. I hate Toronto.’”

More rave reviews and a name change later, the Royal Canadian Air Farce made its debut on CBC Radio on Dec. 9, 1973. The original cast was Abbott, Ferguson, Goy, Dave Broadfoot, John Morgan and Martin Bronstein (who left shortly after to become a journalist).

During their radio years, they not only performed in studio to audiences but also recorded on tour and won a Juno for Best Comedy Album in 1979, the inaugural recipients of the award.

In the ’80s, they performed TV specials and had a short-lived series. Character comic Broadfoot (Bobby Clobber, Sgt. Renfrew, the Member for Kicking Horse Pass) left in 1989 to pursue a solo career.

It was in the ’90s, though, when the Air Farce finally hit in both mediums, skewering politicos like Jean Chretien and Preston Manning, as well as CBC institutions like The Journal along the way. In 1992, they recorded their first New Year’s Eve special, which led to a full-season series. Incredibly, they continued the radio series for four years while doing the TV series, a process Ferguson says, “was f—ing awful. Why would you do TV and radio at the same time?”

He believes that, at the time, doubts abounded about whether the TV series would last. Ferguson recalls the Air Farce’s first television contract was for two years, followed by a renewal for another two. “But then we got five years, which was great. To be given a five-year contract to do something that was so much fun was amazing.”

Ferguson says that, upon signing the five-year deal, he and his Air Farce cast mates all went out and bought cars.

“Second-hand cars,” he adds. “That was Canadian show biz.”

The Evolution of the Farce

And still, CBC didn’t quite know what they had. In 1995, CTV offered the Air Farce more money to switch networks.

“They made us a very good offer,” Ferguson recalls. “And it was a very intense and dramatic and exciting time because the CBC flat out didn’t believe that CTV made us an offer.”

Eventually, he says, CBC vice-president Jim Byrd stepped in and decided the network needed to keep the show.

Ferguson’s take is that the Air Farce had three golden eras — radio, the TV series and the annual New Year’s Eve specials, which began with the cancellation of the series in 2008.

Starting in 2004, with the death of John Morgan, they added younger people to the cast, including comic monologist Alan Park and actors Jessica Holmes and Craig Lauzon. This strategy proved invaluable as age took its toll on the cast. Abbott died of leukemia in 2011 at age 64.

“After Roger died, we had to rethink the annual New Year’s show,” Ferguson says, noting he wanted the cast to look like the people he saw on the subway every morning. “We were all white before. Over time, we ended with somebody of indigenous heritage (Lauzon) and somebody with East Indian heritage (Darryl Hinds), somebody who has got Filipina heritage (Isabel Kanaan).”

Lauzon has been a particular go-to talent who plays Boris Johnson in a Brexit sketch in the upcoming special and, for a time, inherited the role of Donald Trump before the cast decided last year that Air Farce was a Trump-free zone. Meanwhile, the 20-something Kanaan plays Meghan Markle opposite Queen Elizabeth (Goy), while Holmes takes on the character of teen climate activist Greta Thunberg.

“When Roger was around, he said, ‘Always step aside and make room for younger people,’” Ferguson says. “My core belief about comedy is that it’s funnier if a younger person makes fun of an older person than the other way around.”

He used to play Pierre Trudeau, for example, and notes that, “Even if I could do Justin Trudeau (played by Chris Wilson), it wouldn’t be as funny. Because when an older person does it, there’s an element of scolding.”

As for Ferguson’s view on the Air Farce finale, he notes that, “Nothing lasts forever. But in this business, 46 years is about as close to forever as you can get.”