Over 22 Years, the Toronto Film Critics Awards Gala Has Grown Up and Glammed Up 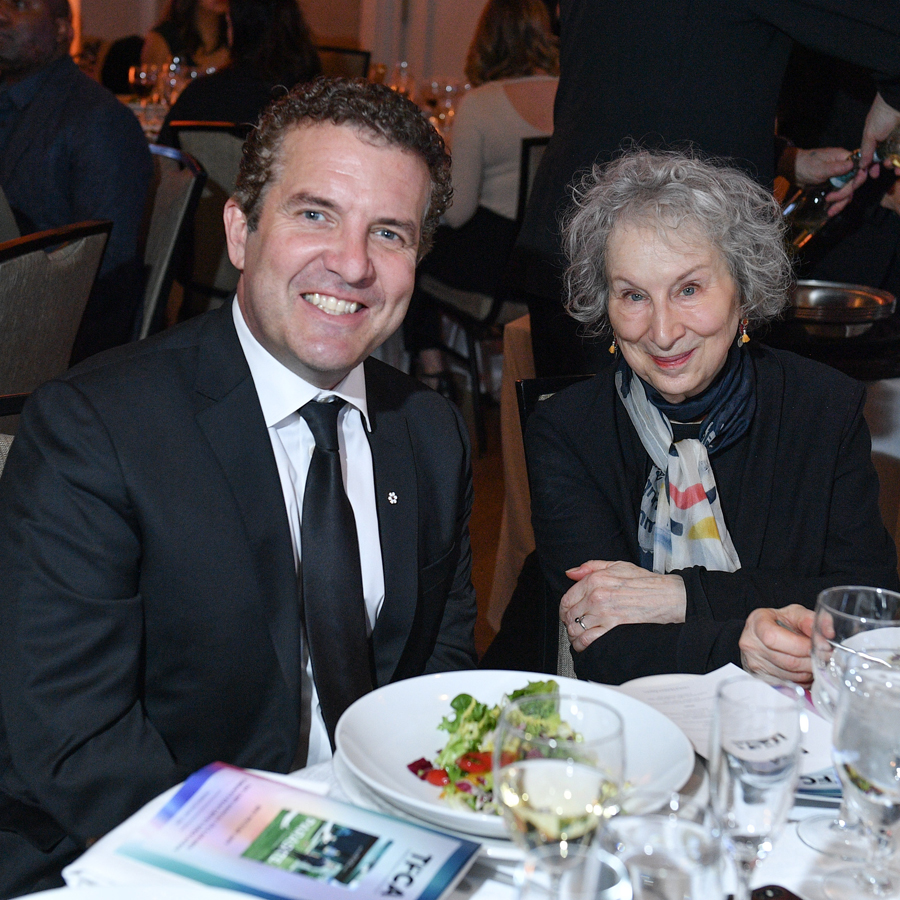 All photos by George Pimentel Photography

As my colleagues and I sipped champagne and slurped oysters at the Omni King Edward Hotel – a downtown Toronto landmark that has been home for Elvis, Liz and Dick, and John and Yoko – it was worth remembering that the Toronto Film Critics Association Awards gala used to be dinner at an Italian restaurant.

For some reason, director Paul Thomas Anderson once joined us for antipasti in the restaurant days. I really thought Nicolas Cage would show up the year we named him Best Actor for Bad Lieutenant: Port of Call New Orleans. Clearly, we were all drunk.

Money has a way of changing things, and the TFCA awards have morphed into a glam evening over the past 22 years as sponsors have lined up to support the Canadian film industry.

At the Jan. 9 event in the luxe “King Eddie” ballroom, the drinks at the cocktail reception were on Cineplex, and the champagne on the dinner tables was courtesy of Perrier-Jouët.

The TFCA Awards are part of the awards-season marathon, which begins with the Golden Globes, handed out by the Hollywood Foreign Press Association, followed by the “craft awards” (Producers Guild, Directors Guild, Screen Actors Guild), and capped off by the Academy Awards. This year the Oscars will be handed out to the crème de la crème of cinema on Feb. 9 in Hollywood.

We may lack the profile of the New York Film Circle Awards and the Los Angeles Critics Association Awards, but our awards are duly reported in Variety and the Hollywood Reporter.

It doesn’t necessarily buy us warm Hollywood bodies. That means our winners generally send video messages, like Adam Driver, who won Best Actor for Marriage Story, and Bong Joon-ho, who won awards for Best Picture, Best Director and Best Foreign Film for Parasite. The Irishman writer Steven Zaillian, however, sent an email. Canadian actresses Sarah Gadon and Kaniehtiio Horn had fun introducing the thank-you messages, joking that Brad Pitt, who won Best Supporting Actor for Once Upon a Time in Hollywood, must be in the room since he didn’t send a thank-you video.

This year the TFCA gave the richest prize in Canadian film, the $100,000 Rogers Best Canadian Film Award, to The Body Remembers When the World Broke Open and its co-directors, Elle-Máijá Tailfeathers and Kathleen Hepburn. Their film, shot in real time on 16 mm film, tells the story of a friendship between two Indigneous women in Vancouver, one of whom is pregnant and fleeing an abusive relationship. Named one of the Top 10 Canadian films of TIFF, its title comes from an essay by Indigenous poet Billy-Ray Belcourt.

“The title is poetic, but the story is grounded in the bone-deep reality that animates the best of Canadian film,” TFCA President Peter Howell said. “TFCA members responded to its empathy, honesty and social currency, as will anyone who views it.”

In her acceptance speech, Tailfeathers used the platform to criticize “our Prime Minister, who is fighting Indigenous children in courts, disputing a Canadian human rights tribunal for restitution for children treated poorly by the foster-care system,” and referenced a recent newspaper report
suggesting the RCMP were prepared to use lethal force on Indigenous
protesters blocking CoastalLink Gas from Wet’suwet’en traditional lands in northern B.C. last year.

It was handed out by Canadian literary icon Margaret Atwood, who said she agreed to present if she didn’t have to write a speech, then proceeded to read not just the words written for her, but the stage directions as well.

The pressure comes to a boil in December, where the 40 or so members of the TFCA eat sandwiches and make their pitches for their favourites, occasionally impugning the taste of their colleagues. Our membership is often split between the “film school” types (many of whom actually teach film courses) and the ones who critique films for a general audience.

The “hundred large” prize, as frequent presenter Don McKellar has referred to it, is a tremendous amount of money for any Canadian filmmaker, and it buys them a lot of “friends” who lobby us hard as the vote approaches.

Twice now, winners have opted to share their money with the two runners-up. So Canadian.

The $10,000 Stella Artois Jay Scott Prize for an emerging artist, named after the brilliant, often outrageous, late Globe and Mail critic Jay Scott, went to actress/director Deragh Campbell, who starred in 2019’s Anne at 13,000 Ft., which received an honourable mention at TIFF.

Then there’s the pay-it-forward Technicolor Clyde Gilmour Award – named for a former Toronto Star critic – whose recipients give $50,000 in post-production services to a deserving Canadian filmmaker. This year, Michèle Maheux, the former COO and brand builder of the Toronto International Film Festival, handed the cash-value card to Colombian-Canadian filmmaker Lina Rodriquez.

There’s even an award for an emerging critic, sponsored by RBC, which went to a young hot-shot named Victor Stiff. As he presented to Stiff, Rick Mercer mused about asking 100 people in the film industry where they thought critics emerged from.

This year, Hollywood – and official airline, Air Canada – sent us Chris Butler, the director of the stop-motion produced animated feature Missing Link to Toronto, fresh from his Golden Globe win in the same category. Butler complained about the cold and then gave a very warm speech.

Maybe it was the martinis talking, but I gave the evening two thumbs up.

Jim Slotek is the founder of the movie-review website original-cin.ca and has been a member of the Toronto Film Critics Association for 17 years.