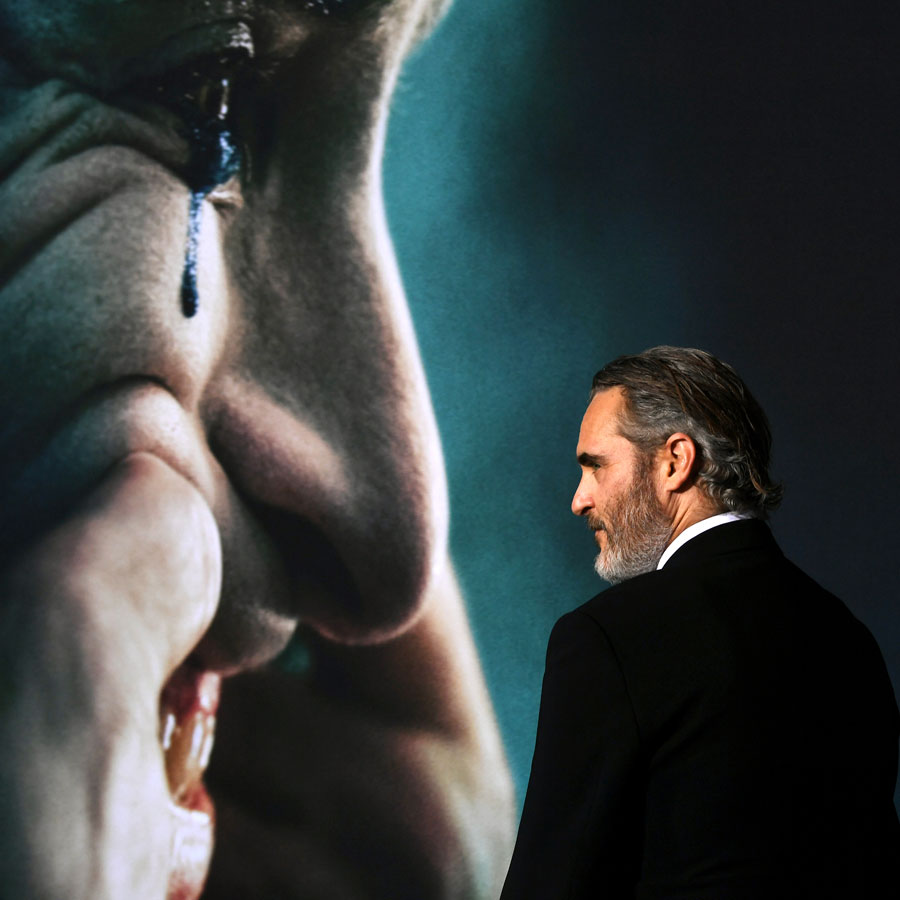 Joker star Joaquin Phoenix is among the nominees for best actor, one of 11 nominations the film received on Monday. Photo: Kevin Winter/Getty Images

We’d like to think that, in contemplating the 2020 Oscar nominations, the Academy Awards would learn from hindsight and employ a clearer vision moving forward. That’s because film, like most art forms, serves as a thread that connects us across social, geographic and political lines. And in connecting us, film serves as a mirror of our collective culture, which is why representation matters.

This year, the Academy Awards had the opportunity to right a glaring award-season wrong after major awards like the Golden Globes and Britain’s BAFTAs failed to nominate any women in their Best Director category, despite critically acclaimed efforts from the likes of Greta Gerwig (Little Women), Lulu Wang (The Farewell), and Lorene Scafaria (Hustlers), among others.

But when the 2020 Oscar nominations were announced this morning from Los Angeles, the Best Director category had no female nominees. Even actress Issa Rae, who was reading the official announcement, concluded the category with some shade, adding “Congratulations to those men.”

In addition, only five years removed from the #OscarsSoWhite controversy, the Academy nominated just one person of colour in four major acting categories — Cynthia Erivo in the Best Actress category for playing Harriet Tubman in Harriet. Incidentally, if the 33-year-old Erivo wins, she’d become the youngest EGOT (Emmy, Grammy, Oscar and Tony Award) winner in history. Still, lack of diversity continues to be a wound the academy inflicts on itself. In a year with critically lauded performances like Eddie Murphy in Dolemite Is My Name, Lupita Nyong’o in Us, Jamie Foxx in Just Mercy, Awkwafina in The Farewell and Jennifer Lopez in Hustlers — all of whom were nominated and/or won awards for their performances at other awards shows this season — there really is no excuse for such whitewashing. Not that there ever was an excuse.

But the awards show will go on, with Joker leading the pack with 11 nominations, followed by The Irishman, Once Upon a Time…in Hollywood and 1917 with 10. Meanwhile, nine films will vie for the coveted Best Picture award, including Ford v Ferrari, The Irishman, Jojo Rabbit, Joker, Little Women, Marriage Story, 1917, Once Upon a Time…in Hollywood and Parasite, while multiple stars in the 45-plus demographic attempt to make history or land their first statuette.

In a huge coup for streaming giant Netflix, the digital platform earned a total of 24 nominations, largely on the back of films like The Irishman, Marriage Story and The Two Popes, beating all the major studios, with two of the nine Best Picture nominees (The Irishman and Marriage Story). Sony Pictures came in second with 20 nominations, while Disney followed with 16. It’s a remarkable turn of events for Netflix when it only won its first Oscar two years ago (Icarus for Best Documentary Feature).

In one bright spot for diversity, the South Korean film Parasite — which has become a 2020 award season sensation — became the first film from the country to receive a nomination in either the Best International Film or Best Picture categories. Directed and co-written by 50-year-old Bong Joon Ho, the film received six nominations in total and has a legitimate chance to become the first foreign film to nab the Best Picture Oscar (it won the prestigious Palme D’Or at Cannes in 2019).

Actor Joaquin Phoenix, 45, also has a chance to make history at the 2020 Oscars with his nomination in the Best Actor category for playing the titular role in the origin story Joker. If Phoenix wins, he and Health Ledger, who won the Oscar for Best Supporting Actor in 2009 for playing the Joker in The Dark Knight, would be the second pair to win Academy Awards for playing the same character at different ages. Marlon Brando and Robert De Niro both won Oscars for playing mob boss Vito Corleone at different ages in The Godfather and The Godfather Part II respectively.

A few major nominees in the over-50 set also have an opportunity to win their first Oscars, including Antonio Banderas, 59 (Best Actor for Pain and Glory), Jonathan Pryce, 72 (Best Actor for The Two Popes), Laura Dern, 52 (Best Supporting Actress for Marriage Story) Brad Pitt, 56 (Best Supporting Actor for Once Upon a Time in Hollywood), Todd Phillips, 49 (Best Director and Adapted Screenplay for Joker) and Bong Joon Ho, 50 (Best Director, Original Screenplay, Best Picture and International Feature Film for Parasite). Meanwhile, Quentin Tarantino, 56, nominated for both Best Director and Best Picture for Once Upon a Time…in Hollywood, has never won an Oscar in either category.

And while Hollywood stars have a history of moving into politics, former American president Barack Obama, 58, and his wife, former first lady Michelle Obama, 55, are among a short list of high-profile politicos who’ve moved into Hollywood. The documentary American Factory — the first film produced by the Obamas’ Higher Ground Productions company — which delves into themes around power and influence in the blue-collar U.S. workforce, received a nomination in the Best Documentary Feature category.

A Nod to Judy Garland

Renée Zellweger, meanwhile, landed a Best Actress nod for playing Judy Garland in the biopic Judy. Garland herself never won an Oscar, leading some commentators to suggest that the 50-year-old Zellweger could land the award for playing Garland in a nod to her exemplary performance and as a way to honour Garland posthumously.

In the Company of Legends

The Best Supporting Actor category could prove the most difficult to predict, with a roster of screen legends all vying for the statuette. They include Tom Hanks, 63, for portraying Mr. Rogers in A Beautiful Day in the Neighborhood, Sir Anthony Hopkins, 82, for his role as former Pope Benedict XVI in The Two Popes, Al Pacino, 79, for playing Jimmy Hoffa in The Irishman, Joe Pesci, 76, as mob boss Russell Bufalino in The Irishman, and Brad Pitt, 56, as aging stuntman Cliff Booth in Once Upon a Time in Hollywood. Robert De Niro, meanwhile, is the only major Irishman cast member not nominated for an Oscar for a film that landed acting, directing and Best Picture nods, despite playing the titular role.

Fresh off winning a Golden Globe together — their first ever joint award — rock legend Elton John, 72, and lyricist Bernie Taupin, 69, have an opportunity to continue their  hot streak with a Best Original Song Oscar for “(I’m Gonna) Love Me Again” from the biopic Rocketman. The film was shut out of the Oscar nominations for Best Actor for Taron Egerton (who won the Golden Globe for Best Actor for portraying John) and Best Picture. Still, the remake of Disney’s The Lion King also received only one nomination — for Best Visual Effects — and was shut out of the Best Animated Feature and Best Original Song (Beyoncé’s “Spirit”) categories. John, of course, won the Oscar for “Best Original Song” for “Can You Feel The Love Tonight” from the original The Lion King at the 1995 Academy Awards, where the film also picked up a Best Original Score Oscar for Hans Zimmer.

See below for a list of major 45-plus Oscar nominees, and click here for the full list of 2020 Oscar nominees. The 92nd Academy Awards take place on Sunday, February 9, 2020.

Leonardo DiCaprio, 45, Once Upon a Time in Hollywood

Tom Hanks, 63, A Beautiful Day in the Neighborhood

Brad Pitt, 56, Once Upon a Time in Hollywood

Quentin Tarantino, 56, Once Upon a Time in Hollywood

Antonio Banderas On His Heart Attack, Nearing Age 60 and His New Film Pain and Glory

Long Before Joker, How We Began Fearing Movie-Inspired Mayhem in the 1950s