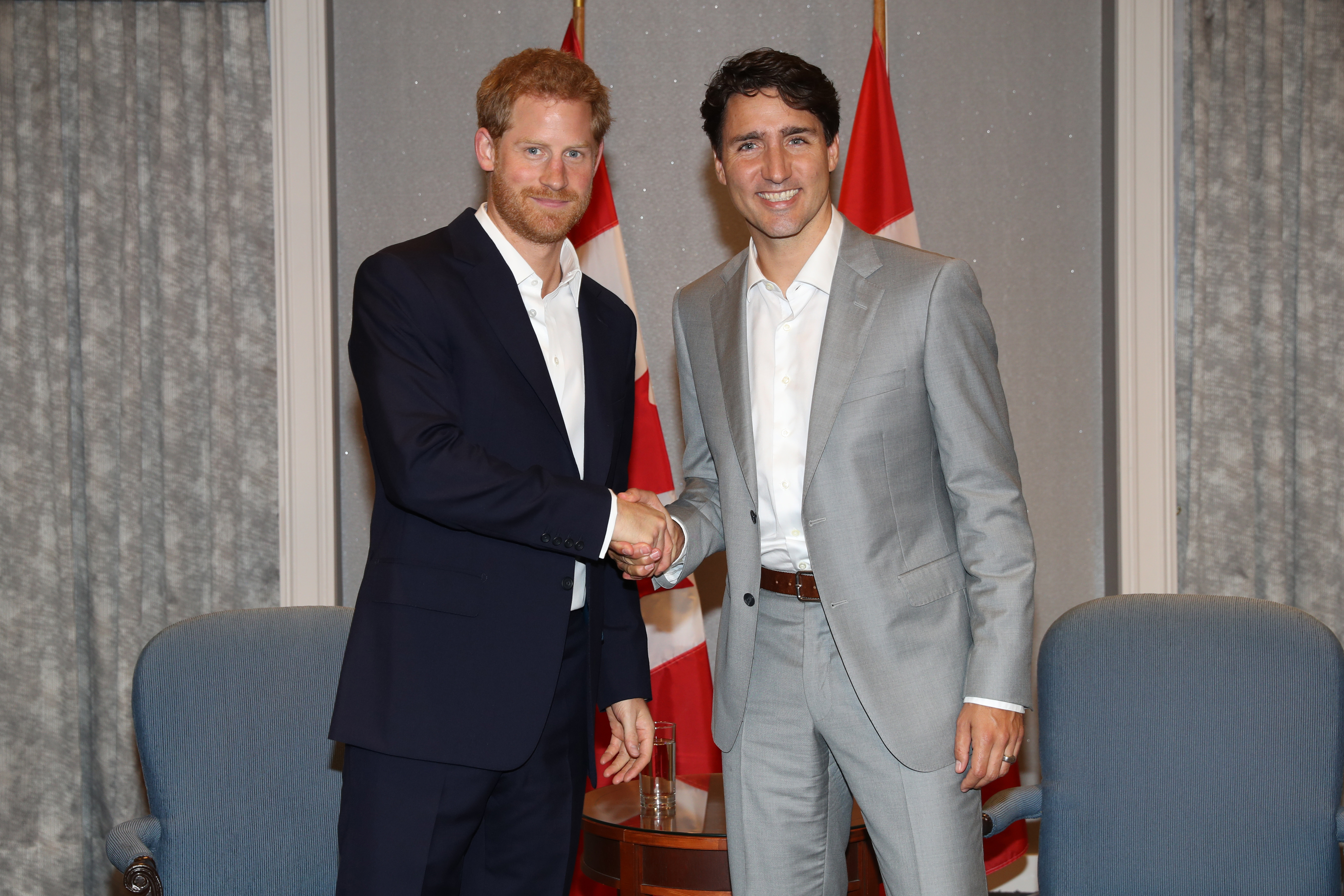 Prime Minister Justin Trudeau, pictured here with Prince Harry ahead of the 2017 Invictus Games, says the federal government hasn't discussed the particulars of having the Sussexes living in Canada. Photo: Chris Jackson/Getty Images

As royal watchers wonder where Prince Harry and Meghan Markle will settle when they move to the Great White North, many Canadians are more concerned with the potential costs associated with such a royal residency.

According to a poll released by Angus Reid Institute this week, 73 per cent of Canadians polled don’t believe they should be responsible for covering security and other expenses for the Duke and Duchess of Sussex. The poll is based on an online survey of 1,154 Canadian adults — representative of the general population in age, sex, income and education.

The royal couple announced they would be stepping back from their senior royal positions and living part-time in Canada last week. Markle’s connection with Canada stems from her time spent in Toronto, where she stayed for the better part of seven years working as an actress on the television show Suits. Harry and Meghan made their first official appearance as a couple in Toronto at the 2017 Invictus Games, created by the Prince to empower wounded warriors. The Duke and Duchess of Sussex also recently spent six weeks vacationing on Vancouver Island.

While it remains unclear what role Canadian taxpayers will play in financing the couple’s stay, RCMP officials have confirmed that they are entitled to protection in Canada.

“His Royal Highness, Prince Henry of Wales [Harry], along with members of his family, are Internationally Protected Persons (IPPs) and are entitled to the protection of the RCMP while in Canada,” Cpl. Caroline Duval of the RCMP said in a statement, adding that related costs will be covered through the “existing operational budget.”

Prime Minister Justin Trudeau said this week that the federal government hadn’t discussed the particulars of having the Sussexes living in Canada.

“There are still a lot of decisions to be taken by the Royal Family, by the Sussexes themselves, as to what level of engagement they choose to have,” Trudeau said. “We are obviously supportive of their reflections but have responsibilities in that as well.”

Older Canadians’ interest in the issues surrounding the move were also indicated on Zoomer’s Facebook page with many readers weighing in on what Canada’s role should be in the couple’s security and other expenses.

Suggesting a compromise, user Colleen Kipp Porcina suggested the couple pay “their personal bodyguards for personal time but when at public events we (Canada) should pay for it.”

Others, like user Bev Vink, were supportive of the move but against Canadian taxpayers incurring any of the couple’s expenses.

“As long as the Canadian taxpayers don’t end up on the hook for security etc., I have no problem with them making Canada their second home,” she wrote. “The media will find out soon enough that most Canadians are more than willing to give them the privacy they seem to want. ”

Others, evidently, just don’t care. When asked in the same Angus Reid survey how they would feel if the couple ended up spending considerable time in Canada, half of respondents said it didn’t matter to them either way.

That apathy and unwillingness to fund the couple’s security may correlate with respondents’ loyalty to the royal institution itself. While there’s still a healthy interest in royal gossip, 41 per cent of respondents said they feel like the monarchy is completely irrelevant.

Ultimately, though, Canadian loyalty to the crown may depend on their feelings toward the Queen, which remain positive with 61 per cent of respondents supporting her continued recognition as head of state.

As for the next in line, Canadians would likely support Prince Charles’ abdication, with just 43 per cent of respondents preferring to recognize Prince Charles after the Queen dies as opposed to Prince William, who garnered 58 per cent.