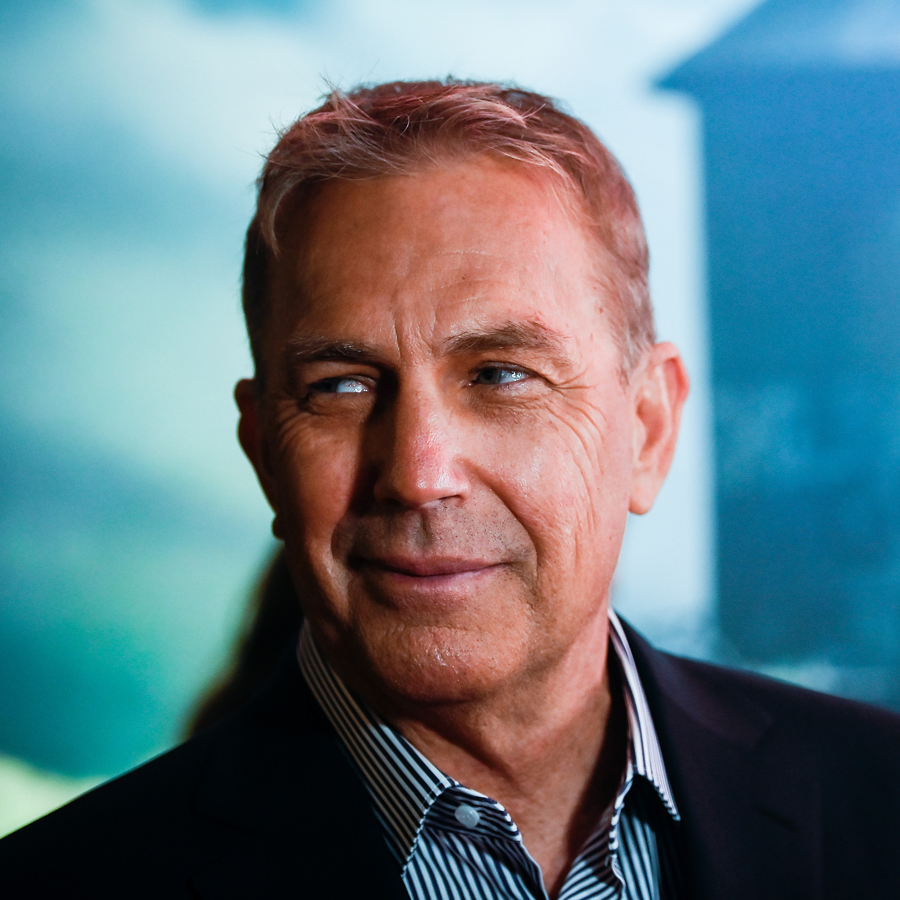 Actor Kevin Costner, who turned 65 on January 18, once told Zoomer that he's had good luck in his life, but "I like the idea of working for it." Photo: Samuel de Roman/Getty Images for Netflix

Kevin Costner may have started his career on an auspicious note — he played a suicide victim in 1983’s The Big Chill, but director Lawrence Kasdan edited out flashback scenes featuring his character while alive — his acting work since has earned him comparisons to Gregory Peck, Henry Fonda and Jimmy Stewart.

“I make all kinds of movies — romantic comedies, westerns, love stories, political thrillers. I mean that’s the thing I’ve actually enjoyed about being able to have my career,” he told Zoomer in a 2015 cover story. “I haven’t pigeoned myself.” Costner’s oeuvre includes the erotically charged thriller No Way Out; playing good guy Eliot Ness hunting Al Capone in The Untouchables; a veteran ball player and take-charge romantic lead in Bull Durham; a man who deals with his father issues via the ghosts of baseball greats in Field of Dreams; a district attorney investigating the Kennedy assassination in JFK; a take-charge romantic lead again in Robin Hood: Prince of Thieves and The Bodyguard; and the eponymous gunslinger in Wyatt Earp.

And of course, he was an auteur. His multitasking turn in 1990’s Dances with Wolves — winning the Best Director and Best Picture Oscar and nominated for Best Actor — proved a triumph, leading to further filmmaking that included big-budget disasters like Waterworld and The Postman.

Apart from voicing a dog in The Art of Racing in the Rain, or Netflix’s The Highwaymen, where he and Woody Harrelson played feds chasing Bonnie & Clyde, in recent years Costner’s taken to playing father figures — Superman’s adoptive dad in Man of Steel, Jessica Chastain’s demanding ski-coach dad in Molly’s Game, a real-life football coach who moved his family cross-country for a job coaching students to be track stars in McFarland, USA and as billionaire ranching family patriarch John Dutton in the ongoing Paramount Network TV series Yellowstone.

His jock image still intact, Costner says he’s still waiting for a good basketball script to complete a filmography of every sport he cares about (he’s covered football, golf, boxing, cycling and NASCAR in addition to baseball).

However, he told me in an interview for McFarland, USA that he’ll never do a hockey or soccer movie.

“The people who love hockey, I respect them too much. I don’t know that sport. And I don’t give a sh— about soccer.”

When Costner turned 60, however, Zoomer asked him about reaching the milestone.

“I have no thoughts about it,” he said. “I’ve enjoyed my life. I really bought into the idea that you could be whatever you wanted to be. My parents told me I could. But they backed up that thought with, ‘You’re going to have to work for it. You’re going to probably fail. And if you fail, you still know you want to do something. Are you going to try to correct or change your behaviour in order to make something happen?’ And I bought into that, too. I didn’t buy into just the dream. I bought into it’s going to take work. I’ve had good luck in my life and I like the idea of working for it.”

So to celebrate Kevin Costner turning 65, click here to revisit our 2015 cover story with the screen legend, where he discusses aging, his career and his passion for the environment.

Behind the Cover: Kevin Costner, March 2015

A TIFF Reunion: The Big Chill at 30