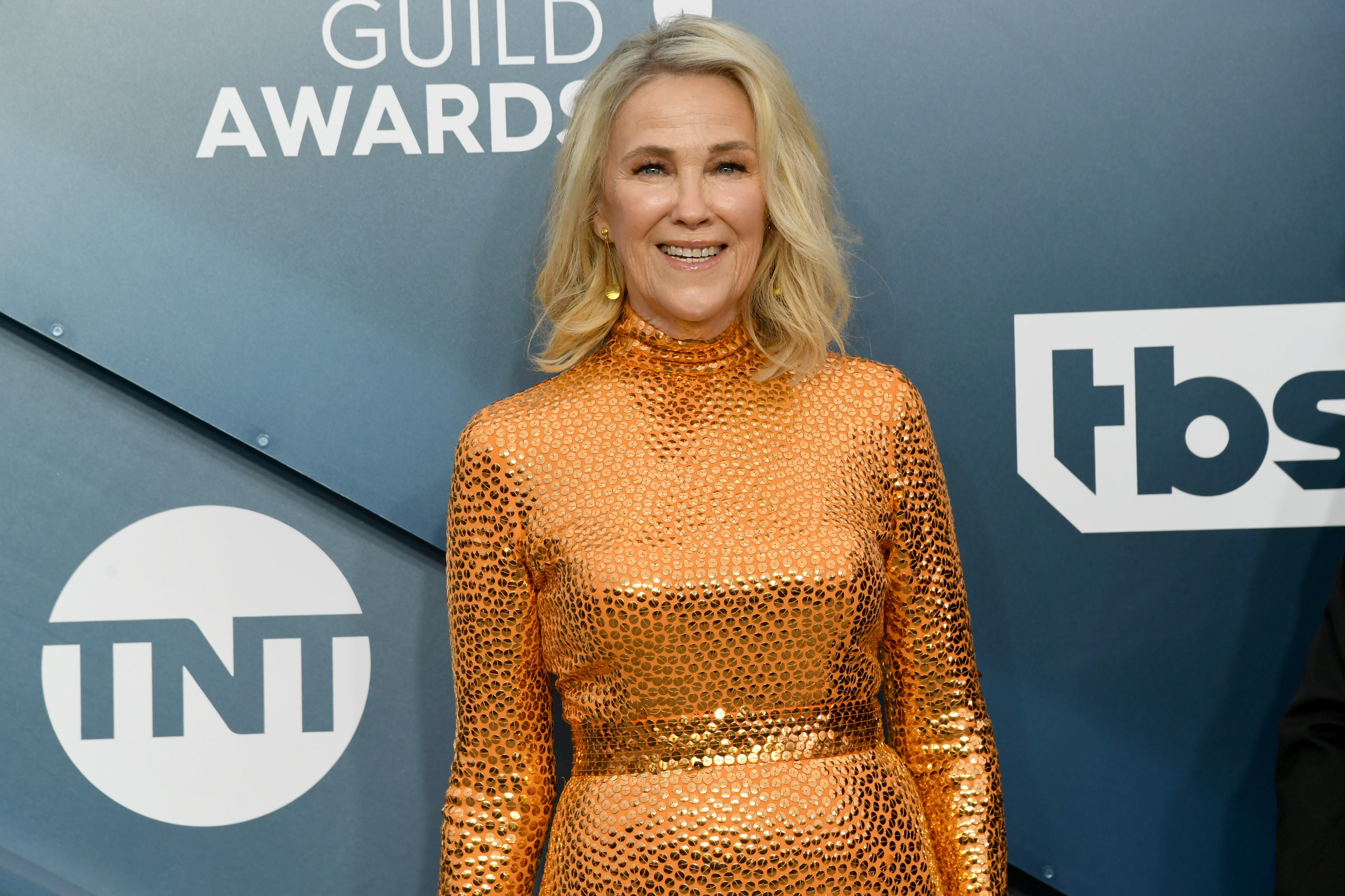 With awards season in full swing, Canadian actress Catherine O'Hara (above) and others brought their stylish best to the 2020 SAG Awards red carpet.

Awards season is in full swing, and the Screen Actors Guild Awards on Sunday night at Los Angeles’ Shrine Auditorium was the latest trophy fest.

This gala dinner honours thespians with laudatory performances – as voted by their fellow actors, making it a love fest of like-minded individuals. But the SAG awards also signals the final lap before the ultimate Hollywood honour – the Oscars – which is just around the corner in February.

Therefore, when it comes to the red carpet (it’s actually platinum at the SAGs), there are those who feel this award ceremony doesn’t warrant the stars pulling out the big fashion guns.  Like singer John Legend’s wife, Chrissy Teigen, who tweeted on Sunday night, “I love the SAG awards. Everyone gets to wear their 3rd favourite dress.”

But red-carpet fashions are a high-stakes game, and no actress or actor is letting a photo opportunity go to waste. So, there were ball gowns galore and enough diamonds to spare that one actress – Charlize Theron – wore them in her hair.

While the event brought out a fair share of fashion heavy hitters like Nicole Kidman, Jennifer Lopez and the aforementioned Theron, in honour of the SAGs platinum carpet, we look for some of the more senior style makers of the night.

The Schitt’s Creek duo not only brought some Canadian content to the SAG Awards nomination lineup but also oozed glamour. Levy brought equal parts elegance and swagger with his oxblood tuxedo and pumped-up silver coif, while O’Hara looked stellar in radiant gown.

This actress always dresses to suit her body type. The silhouettes of her outfits are typically long and lean, and her red-carpet gowns are often form-fitting. This Pamella Roland gown fits her statuesque figure flawlessly, and the asymmetrical neckline of cascading pearls offers an interesting and modern take on the tried-and-true black and white combo.

She’s practically Hollywood royalty – judging from her stellar career which has garnered her two SAG Awards and seven Oscar nominations. This evening, she looked worthy of that patrician title in a regal navy blue gown.

This character actress has a lengthy list of credits for both television and film and currently stars in The Marvellous Mrs Maisel. You wouldn’t say she’s a red-carpet fixture, but here she packs a style punch in an alluring and dramatic gown.

Proving age has nothing to do with being a bombshell, the actress shimmered in a sequin gown by SHO and pumped up the sex appeal with a smoky eye and glamorous hairdo. Nominated for outstanding performance by an ensemble in a comedy series for her role in The Kominsky Method, the actress also came to the SAGs to have fun, telling People magazine, she intends to dance at the after-party. And her sequin gown seems tailor-made for both award show and dance floor.