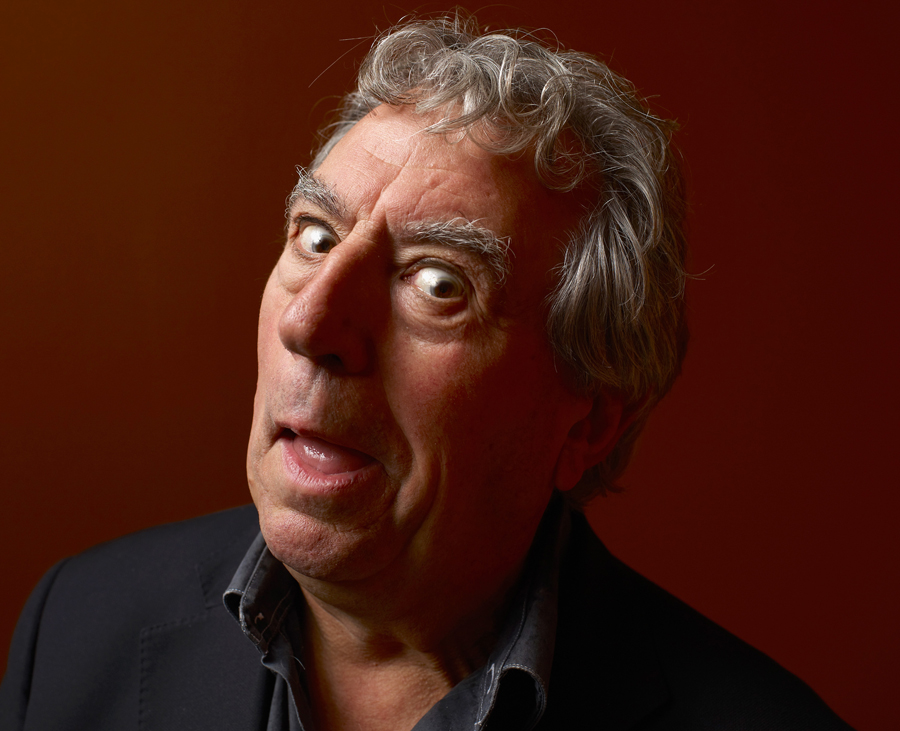 Terry Jones, who died on Tuesday at 77, and his fellow Monty Python troupe members had a long history of creating comedy rooted in sad situations. Photo: Matt Carr/Getty Images

It sounds crass to suggest marking the death of Monty Python alum Terry Jones by sharing a laugh. But there’s a strong chance it’s exactly what the Welsh comedian would have wanted.

Jones, who was also a director and historian, died Tuesday at 77, four years after being diagnosed with a form of dementia called primary progressive aphasia.

Eight years earlier, a month shy of his 70th birthday, Jones sat down with Zoomer to discuss a website of comedy sketches he created with friend Dr. Robert Buckman to entertain and inform people living with chronic medical conditions. During the interview, Jones recalled a story where Buckman had to tell a married couple that the woman had terminal cancer.

“And the husband leaned forward and whispered, ‘But doctor, what about sex?’ And Rob thought for a moment and said, ‘Well, hadn’t we better wait until your wife leaves the room?’”

Jones’ laughter at the story served as an exclamation point on his belief in the power of humour. The idea of undercutting tragedy with comedy continued when he talked about Buckman, who died in his sleep on a plane before the website launched. “He’d been the life and soul of the party,” Jones told me, “and it was just a big shock. I think it was a shock to him, actually.”

The comedy great took his own health issues in stride, including a previous bout with bowel cancer. “It never worried me,” he said. “I don’t know why. It ought to have, but I just couldn’t take it seriously.” He then laughed as he explained how his “unique ” anatomy actually helped in his treatment. “Because they thought the (cancer) was very close to the anus, but actually, instead of having a regular rectum, like a right-angle thing, I’ve got this long, wiggly thing. And so it was further away than they thought. So thank God for having an odd rectum.”

Another One Bites the Dust

Of course, the idea of diffusing life’s doom and gloom moments with humour is a Monty Python staple. Original troupe member Graham Chapman died at 48 just before the group’s 20-year television anniversary in 1989, and Jones  reportedly quipped that his death from cancer was “the worst case of party-pooping in all history.” Meanwhile, fellow Python and writing partner John Cleese began Chapman’s funeral eulogy this way:

“He has ceased to be, bereft of life, he rests in peace, he has kicked the bucket, hopped the twig, bit the dust, snuffed it, breathed his last, and gone to meet the Great Head of Light Entertainment in the sky, and I guess that we’re all thinking how sad it is that a man of such talent, such capability and kindness, of such intelligence should now be so suddenly spirited away at the age of only 48, before he’d achieved many of the things of which he was capable, and before he’d had enough fun. Well, I feel that I should say, ‘Nonsense. Good riddance to him, the freeloading bastard! I hope he fries.’”

There’s also the 1998 live stage interview with the five surviving Python members, who brought an urn with them that supposedly contained Chapman’s ashes. At one point the urn gets knocked over, the ashes spill everywhere and the Python members scurry to clean it all up as the audience howls in hysterics (watch it for yourself in the video below).

And we can’t forget the 2014 Python stage reunion, titled Monty Python Live (Mostly): One Down, Five to Go.

On screen, some of the most beloved Python sketches revolved around laughing at death, from the famed “Dead Parrot Sketch” to the Grim Reaper who crashes a dinner party in Monty Python’s The Meaning of Life — which Jones directed and co-starred in — and barks at his latest victims: “You Americans, all you do is talk, and talk, and say ‘let me tell you something’ and ‘I just wanna say.’ Well, you’re dead now, so shut up!”

Always Look On the Bright Side of Life

Following Jones’ death, the BBC quoted John Cleese saying “of his many achievements, for me the greatest gift he gave us all was his direction of Life of Brian. Perfection.” In the Monty Python classic — in which Jones also co-starred — the eponymous Brian is crucified and a man on another cross (Eric Idle) attempts to cheer him up by singing, “Always Look on the Bright Side of Life.” The lyrics include the lines:

When you look at it.

Life’s a laugh and death’s a joke, it’s true,

You’ll see it’s all a show,

Keep ’em laughing as you go.

Just remember that the last laugh is on you!

And always look on the bright side of life.

Keep ‘em laughing as you go. It’s a sentiment that Jones embraced in life and one that resonates now that Jones has ceased to be.