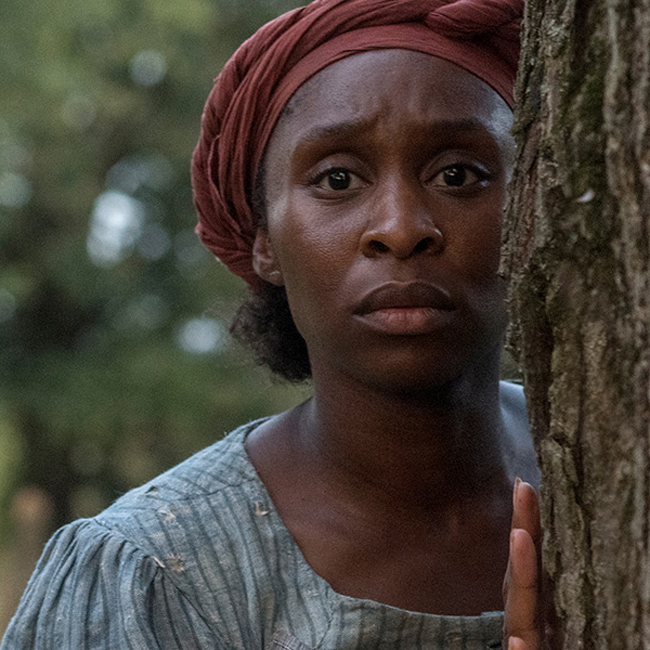 Actress Cynthia Erivo, who played Harriet Tubman in 'Harriet,' refused to perform at the BAFTAs. She is the only non-white acting nominee at the 2020 Academy Awards. Photo: Courtesy of TIFF

There was royalty in the house at the 2020 BAFTA Awards on Sunday night — and we’re not just talking the Hollywood variety. Prince William, who has been the president of the British Academy of Film and Television Arts  since 2010,  and his wife Catherine, the Duchess of Cambridge,  graced the British equivalent of the Oscars by walking the red carpet at Royal Albert Hall. The dress code was aimed at promoting sustainability, so the Duchess dug out a gold-and-white Alexander McQueen gown she last wore in 2012.

After quipping that he didn’t know whether he should be “proud or slightly alarmed about the number of winners over the last decade who have portrayed members of my own family,” Prince William went on to highlight a hot-button issue the film industry claims to support but has trouble doing anything about: diversity.

This year’s BAFTAs featured an all-white list of nominees in the acting categories and zero women in the directing category. Prince William acknowledged the “incredible filmmakers, actors, producers, directors, and technicians: men and women from all backgrounds and ethnicities” before adding that, “in 2020, and not for the first time in the last few years, we find ourselves talking again about the need to do more to ensure diversity in the sector and in the awards process. That simply cannot be right in this day and age.”

Prince William, of course, knows a little bit about being part of an institution that struggles with diversity. And he has a point: The main issue with diversity at award shows is the fact that there isn’t any. The royal, however wasn’t the only person to speak up about the BAFTAs.

The hashtag #BAFTAsSoWhite trended on social media — a callback to the #OscarsSoWhite controversy of 2016 — while actress Cynthia Erivo, who failed to receive a BAFTA nomination for playing Harriet Tubman in Harriet (one of many perceived snubs on the night), declined an invitation to perform at the ceremony. “It’s not something you can just throw in as a party trick … every single person of colour who is working in these films this year has worked really hard, and there are many of them that deserve to be celebrated,” she told  Extra.

Meanwhile, actor Joaquin Phoenix, who won the Best Actor BAFTA for his titular role in Joker, said in his acceptance speech that he feels conflicted. “We send a very clear message to people of colour that ‘you’re not welcome here.’” He added that, “People just want to be acknowledged and appreciated and respected for their work” before noting that an effort must be made to understand and dismantle systemic racism.

There’s no doubt that such sentiments are genuine, but we’ve heard them all before. Like, literally four years ago, when the #OscarsSoWhite movement aimed to start understanding and dismantling racism while ushering in an era of diversity.

That year, host Chris Rock kicked off the Oscars by calling it, “the White People’s Choice Awards,” and went on to ask why people were boycotting the ceremony as opposed to one of the “71 other times” people of colour were not nominated. “You got to figure that it happened in the 50s, in the 60s,” he added, “one of those years Sidney [Poitier] didn’t put out a movie.” By the end of his monologue, he explained: “It’s not about boycotting anything. It’s about we want opportunities. We want black actors to get the same opportunities. That’s it. And not just once.”

So was the film industry not listening? Because in 2020, only seven of the 70 Golden Globes acting nominees (both film and television) were non-white, while the directing nominees were all men. And the Oscars, which take place this Sunday, nominated only one non-white performer in the four major acting categories — Erivo in the Best Actress category for Harriet. They also snubbed female directors.

“More often than not, the black films that are in Oscar contention are about people like Martin Luther King Jr. or Malcolm X or Solomon Northup,” Marc Bernardin wrote in The Hollywood Reporter in 2016, a sentiment that holds true today with Erivo’s nomination for playing Tubman. “If you are African-American, you literally have to change the world before there’s ever going to be a film based on your life. And if you’re a filmmaker trying to push a film that’s about a fictional African-American who just, you know, has a story to tell, forget it.”

During the #OscarsSoWhite controversy, Variety published a cover story that blamed the lack of diversity “not just in the star-making Oscars … but in ourselves. The Hollywood studio hierarchy remains an exclusive club chaired by white men and one white woman. The big talent agencies have almost no minority partners. And the media that cover it all — Variety included — employ only a few people of colour.”

But the kicker is that, at the same time, the Academy Awards pledged to lead the way to ensure greater diversity “and not wait for the industry to catch up.” That included “a sweeping series of substantive changes designed to make the Academy’s membership, its governing bodies, and its voting members significantly more diverse.”

And yet, four years on, the New York Times reports  “white and male voters still make up the majority of [the Academy’s] 9,000-member voting pool.”

“Changing those entrenched attitudes will require not just diverse membership rolls,” Times culture reporter Kyle Buchanan added, “but a willingness to investigate who and what we deem important.”

And if you’re wondering what the award show gatekeepers think, consider what Emma Baehr, the director of awards for the BAFTAs, said when asked about the diversity controversy by The Hollywood Reporter.

“I think more films need to be made, and entered, giving people a chance to see them. We’d absolutely like to see more diversity, but I also don’t want to take away from those celebrating today.”

That sends a clear message to Cynthia Erivo, and Eddie Murphy in Dolemite Is My Name, and Lupita Nyong’o in Us, and Jamie Foxx in Just Mercy, and Awkwafina in The Farewell, Jennifer Lopez in Hustlers and all the critically acclaimed female directors this year like Greta Gerwig (Little Women), Lulu Wang (The Farewell), and Lorene Scafaria (Hustlers): It’s on you to keep churning out career-making performances until the establishment decides to take notice, because all this diversity talk is really cramping the award-season vibe.

For the record, the combined global box office for Harriet, Us, Just Mercy, The Farewell, Hustlers and Little Women totalled roughly CDN $901,846,477. In other words, audiences paid nearly a billion dollars to see those six movies in the last year. Clearly the problem isn’t “giving people a chance to see them.”

Rather, as in 2016, the problem is getting the Hollywood establishment and award-show gatekeepers to open their eyes and see what the rest of us have been watching for years.

Hollywood’s (Not So) Black and White Diversity Debate