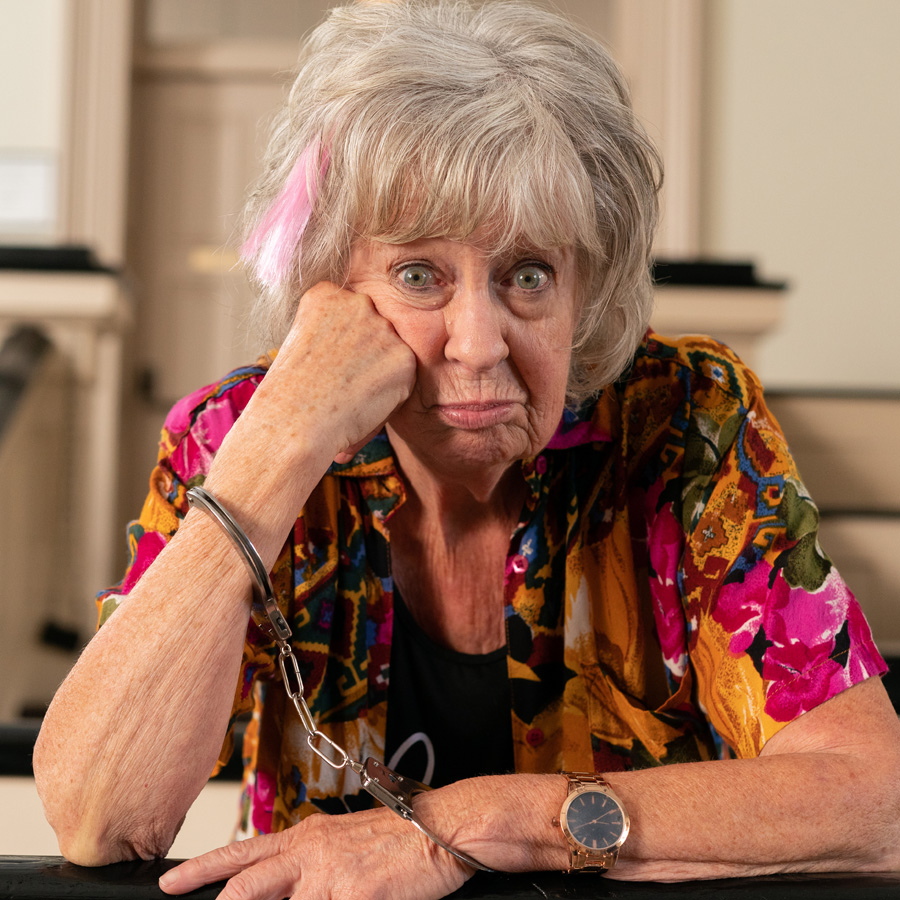 The 73-year-old Canadian actress has a tremendous laugh. It’s sincere and rises up from deep within — honed over a 50-year career working with Hollywood legends like Paul Newman and Bette Midler, as well as sharing good times with her Canuck compatriots.

“Working with Paul Newman? That’s great. But you don’t get very big parts on those movies. Whereas in Canada, we all know each other. We all trust each other,” Eastwood explains. “My favourite memories are creating film and TV with my fellow Canadian actors … and then, of course, the odd stage thing I’ve done, because it’s about having laughs with actors.”

The laughs began early for Eastwood, when she landed a part in the famed original 1971 Toronto production of Godspell alongside Gilda Radner, Eugene Levy, Victor Garber, Andrea Martin, Martin Short and Dave Thomas. Her extensive resume includes the Canadian cinema classic Goin’ Down the Road, SCTV, the courtroom series This Is Wonderland, Anne of Green Gables, Chicago, Hairspray, Little Mosque on the Prairie, Working Moms and My Big Fat Greek Wedding among countless other film, television, stage and radio credits. And now, a year after the Alliance of Canadian Cinema, Television and Radio Artists (ACTRA) honoured her with their Award of Excellence for her five decade-long career, Eastwood tackles yet another platform — digital shorts — with her new CBC Gem series Hey Lady! in which she plays a foul-mouthed septuagenarian who terrorizes her adult kids, attempts to seduce a plumber and pranks her parole officer. Yes, she has a parole officer.

“I’ve always been that person who kind of says what she wants and I sort of talk outside of the box. And I am 73 years old, so we have a lot in common with each other,” Eastwood says. “We’re facing death, we don’t look so good anymore. Being older is a real challenge. I don’t expect anybody to walk around and behave the way Lady does, but I think in everybody’s fantasy sometimes that’s what they want to do.”

Indeed, Lady says aloud things the rest of us might think but never actually utter. Eastwood’s theory is that Lady’s mad “at her kids and at society. Maybe she wasn’t taken seriously as she was getting older.” She points to the fact that, in the show’s opening scene, Lady attempts to start a conversation with a young mother, but the mother refuses to look up from her phone to acknowledge her. “So nobody’s listening. Nobody’s listening.”

The character was written specifically for Eastwood by 67-year-old Governor General’s and Dora Award-winning Canadian playwright Morris Panych — who, the actress laughingly admits, she’d never heard of before this show. The series premiered at the 2020 Sundance Film Festival in January, and each of its eight episodes runs four to five minutes long. Canadian singer Jackie Richardson co-stars as Lady’s foul-mouthed best friend and Don McKellar players her beleaguered psychiatrist, while Sarah Polley serves as one of the show’s directors.

For her part, Eastwood says the writing attracted her to the part.

“The genius about Morris’s character [Lady] is that she’s not an exceptionally exceptional old person. She just an old person who just kind of messed up.”

Aging – It’s All in Your Head

In the first scene of the first episode of the series, Lady declares her hatred for “old people.” However, when asked how Eastwood defines “old,” she says  it’s “100 per cent a state of mind.” She points to her own north-end neighbourhood in Hamilton where she’s made friends “with people my age that are just groovy cats” and are part of the cohort that is redefining how we age.

“I actually do think that my generation, as opposed to my parents’ generation, really might be a lot luckier in who they end up with in the old folks home,” she explains, noting people in her generation “don’t dress old, we don’t act old, we don’t think old.” Eastwood says it’s not about attempting to avoid aging, but rather “we’re just able to shed all those things that you’re supposed to be at a certain stage. We were able to shed those conventions, and that makes for better conversation.”

It’s the sort of attitude that keeps Eastwood working, from Hey Lady! to performing and touring with the comedy troupe Women Fully Clothed. She loves acting and derives genuine happiness from her work.

“Mind you,” she adds with a chuckle, “I don’t want to work that hard. I get tired. I have to have a nap in the middle of the day.”

And she’s not joking. Her manager made sure to find her a blow-up mattress and places to sleep while shooting on location over the years. “I’d be sleeping in people’s offices, gyms, out in the middle of a field … I’ve been sleeping my way through this business for the last 50 years.”

Eastwood credits catnapping for helping to maintain a healthy, active lifestyle and career. “And I drink, too. So there’s that. Drinking and sleeping.” She quit smoking a few years back, although she misses it terribly.

As far as the future goes, she’s hopeful for more Hey, Lady! and is open to whatever opportunities come down the pike. She adds, “As long as it’s not rude,” like the numerous scripts she receives that would have her playing a character obsessed with sex.

“No, sorry. Not doing it because for one thing, I don’t think it’s funny. It’s been done. Betty White did it, and it was brilliant,” she says. “Trust me, there’s got to be something funnier about old people than the fact that they’re sexy. That’s a bit of a pet peeve of mine. So [Hey Lady!] was just like a miracle script for me.”

And in many ways, Hey Lady! came along at the right time – a story about a take-no-prisoners septuagenarian at a moment when people around that age and beyond are routinely challenging perceptions of aging.

“I think [the show] is really right in the sense that us ‘Zoomers,’ we’re all pretty hip,” Eastwood explains. “And I think that anybody my age is going to kind of get what we’re doing. It’s not shocking. It’s just funny. I just want to be as funny as I possibly can.”

However, she adds with a laugh, “I do apologize for all the F–bombs in the show. There are, like, endless F–bombs.”