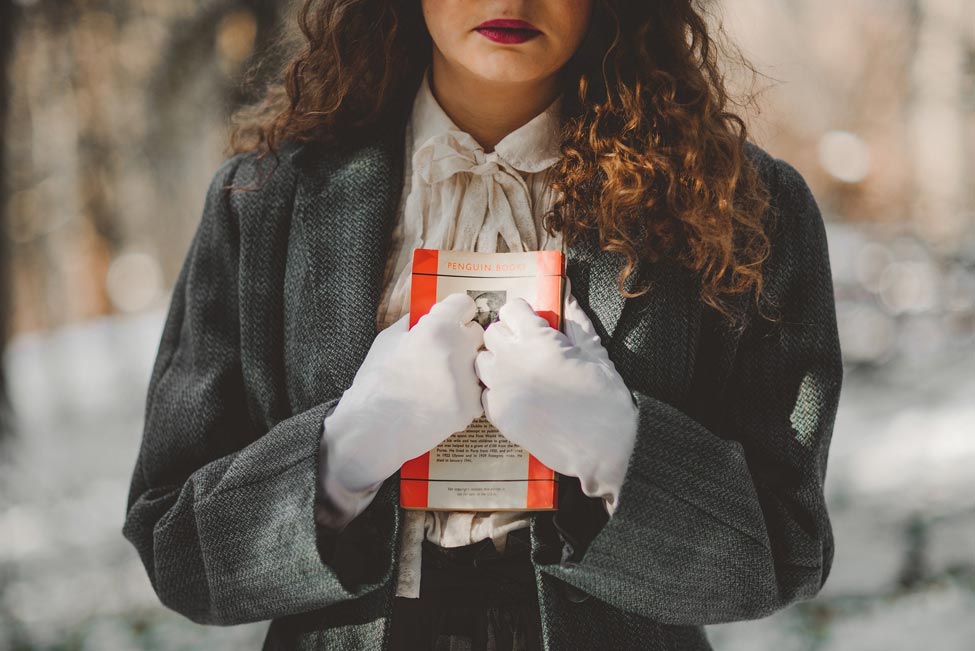 From timeless classics to contemporary tales of happiness and heartbreak, here are some books you’ve got to love.

THE AGE OF INNOCENCE by Edith Wharton Marking its 100th anniversary this year, The Age of Innocence was initially serialized in four parts in the Pictorial Review magazine in 1920 before going on to win the 1921 Pulitzer Prize for Fiction, making Wharton the first woman ever to win the prize. A story of romantic doom and duty in socially rigid New York in the 1870s, the novel follows well-heeled lawyer Newland Archer who is engaged to May Welland from one of the city’s grandest families. Enter May’s cousin, the unconventional Countess Ellen Olenska, who returns from Europe after fleeing a bad marriage – only to capture Newland’s true heart. A classic tale that pits individual desire against the iron will of the social tribe.

THE ENGLISH PATIENT by Michael Ondaatje Winner of the Governor General’s and Man Booker Prize, Canada’s Michael Ondaatje’s 1990 novel is an eloquent story of love and loss, set in the final days of the Second World War when four lost and battle-weary people seek refuge in a bombed-out villa in the Italian city of Fiesole.

THE LIGHT WE LOST by Jill Santopolo This novel follows star-crossed lovers Lucy and Gabe who meet as students at Columbia University on Sept. 11,  the very day terrorists attack the World Trade Center. If you missed this book when it was released a few years back, pick it up immediately (along with a box of tissues). A poignant and bittersweet story of a first love that somehow slips from their grasp – and yet in many ways remains unchangeable, spanning decades and continents.

IN FIVE YEARS by Rebecca Serle Where will you be in five years? For 28-year-old Danielle Kohan, a Manhattan attorney, the plan is clear: she will be married to her boyfriend, live in her dream apartment and work as a partner in a prestigious law firm. But then the inexplicable happens: she falls asleep and wakes up five years in the future, apparently engaged to a different man. The next morning, she dismisses the vision as no more than an odd dream – until she actually bumps into this man. And even more disturbing, does he know her best friend? There’s romance aplenty, but at heart this is a story of the love shared between two lifelong friends that is at once astonishingly beautiful and devastating.

PRIDE AND PREJUDICE by Jane Austen It is a truth universally acknowledged that it is impossible to not include this romantic classic on any list of must-read literary love stories. One of the most popular novels in English literature, the story harks back to Britain’s Regency era and follows the Bennett family, who have five daughters (all unmarried) but who are lacking a male heir. Because of the inheritance laws of the time, the family faces an uncertain financial future unless at least one of the daughters can make a wealthy match, and it is within this context that one of them, the spirited Elizabeth, meets the very rich (but much maligned) Mr. Darcy.

TENDER IS THE NIGHT by F. Scott Fitzgerald In Fitzgerald’s fourth and final novel, he draws heavily from his life with Zelda, his glamorous but troubled wife. The story’s main characters, Dick and Nicole Diver, lead an enviable lifestyle fuelled by Nicole’s family wealth, shuttling across Europe from the south of France to Switzerland where Dick is a partner in a psychiatric institute. It’s a story of love, betrayal and mental illness that is considered by some to be Fitzgerald’s finest work.

LOVE IN THE TIME OF CHOLERA by Gabriel García Márquez There is no expiration date on true love in this novel from the Nobel Prize-winning  author of One Hundred Years of Solitude. Combining romance with magical realism and fantasy, the story follows Florentino Ariza and Fermina Daza who fall in love when they are young. When Fermina eventually decides to marry a wealthy doctor instead,  Florentino is heartbroken but remains true to his romantic conviction they are fated to be together. After 50 long years, when Fermina’s husband dies, they may have their chance at last. You can’t spin a romantic tale about love and marriage without at least a mention of the wedding dress – especially when it’s this particular dress. Janowitz’s charming novel follows the lives of three generations of women who are bound by tradition to wear a family heirloom gown when they wed, a dress that was designed in 1958 as a look-alike for the iconic bridal gown worn, as the title suggests, by the inimitable Grace Kelly.