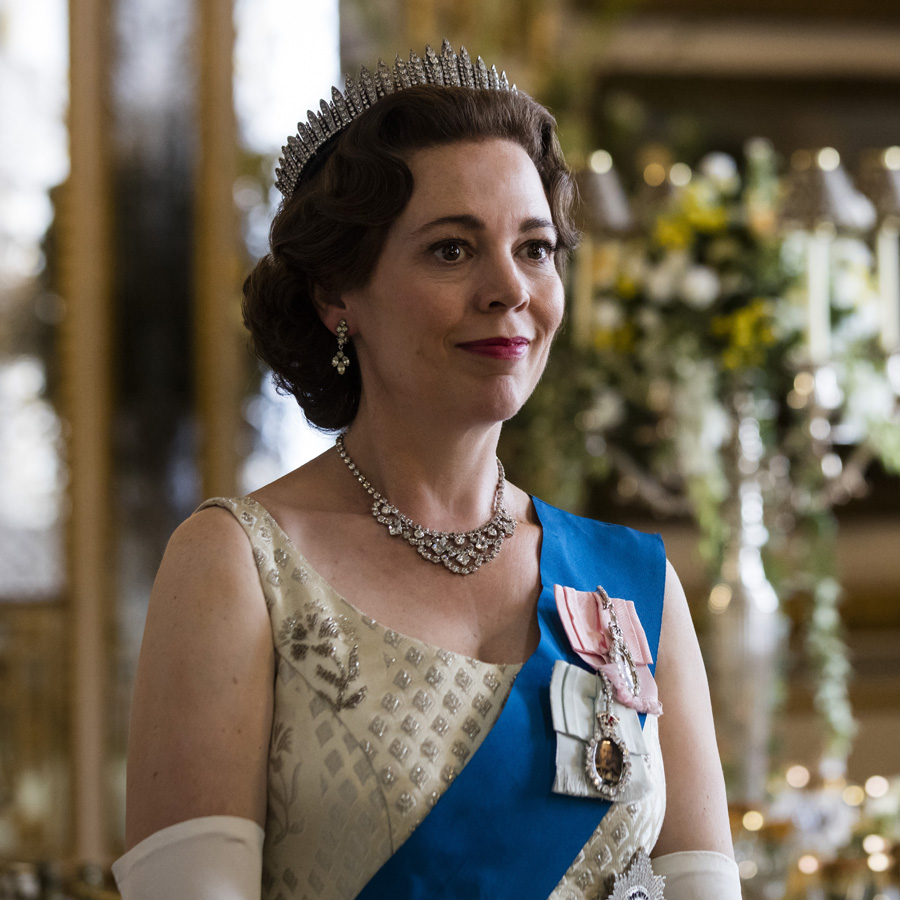 In the cottage industry of historians called upon by pop culture to separate fact from fiction when real-life events land on the big and small screens, The Financial Times has called Hugo Vickers the most knowledgeable royal biographer on the planet. And in his new book The Crown Dissected, the historian goes deep on the popular royal Netflix drama.

Setting the record straight, however, involves more than getting the outrageous feathered hats, curtsies and ceremonial tiaras right. The Crown Dissected grew out of the fact-checking Vickers has done since the wildly popular series began. “Endless newspapers were asking me to do things like true and false, and they never would let me say all that I wanted to,” he explains by phone from London. “I got so angry, and in the end I thought I ought to do a sort of Graham Greene J’Accuse!”

Of course, Vickers, 68, is an acknowledged authority on the British Royal Family. In addition to penning numerous biographies on family members (including the Queen Mother and the Duchess of Windsor) and acting as literary executor to royal portrait photographer and award-winning designer Sir Cecil Beaton, he’s also a frequent commentator on the House of Windsor – from the royal elements depicted on Downton Abbey to offering his expert opinion on nuptials and the ongoing trials and tribulations behind palace walls like Sussexit.

As such, watchers of both the Netflix series and the real-life royals will find The Crown Dissected essential reading. It’s a fitting binge-watch companion for a show that can be especially confusing for the average viewer to parse, given plots that involve partly true historical facts that are distorted for dramatic effect.

“Some of the things are absolutely disgraceful,” Vickers says. “The sort of thing they often do is take two events that did happen and clash them against each other to make something that absolutely did not happen.”

Vickers forensically dissects each episode to correct the many errors and inaccuracies, illuminating the characterization of historical figures and the larger context along the way.

Take, for example, the buzzy season 2 episode that suggests the Queen made an important diplomatic visit to Ghana after hosting U.S. President Kennedy and being spurred by First Lady Jacqueline Kennedy’s unflattering remarks. “She did entertain Mrs. Kennedy and she did go to Ghana, but she did not go to Ghana to snub Mrs. Kennedy,” Vickers says of the 1961 events.

“Unfortunately, I think Jackie Kennedy would have been very upset that those spiky remarks that she made privately to people like Cecil Beaton and Gore Vidal rather inevitably came out,” he adds. “I met her once, and she was an incredibly dignified person and would not have wanted that to be made public. They did but only much later. So the Queen would never have known that’s what she thought at the time. It’s just ridiculous.”

Vickers believes the show justifies distorting facts because it’s in the service of producing good drama. He points to an example from The Crown’s first season when Prince Philip refused to kneel during Queen Elizabeth’s coronation. “But of course he didn’t (refuse) in real life. He couldn’t have cared less! He was perfectly happy to kneel. He knew the rules. It would be awfully boring, I suppose, to have shown him doing that, but it’s still very unfair.”

Corrections in the book range from intentional plot points to minor mistakes on details like the wrong ensign flying or an incorrect sash width in formal dress scenes. Or how, throughout the series, people are shown coming and going through the ceremonial front gates at Buckingham Palace when, normally, they would be using the rear gate near Constitution Hill.

There’s a difference, however, between a small, if annoying, inaccuracy or even the relatively harmless invention of a duel between Billy Wallace and Colin Tennant in Princess Margaret’s honour (presumably to illustrate the depth of friendship and loyalty) and The Crown’s more egregious fabrications.

One of the many biographies Vickers has researched and written is the authorized biography of the Duke of Edinburgh’s mother, Princess Alice of Greece. So I asked how he felt about season 2’s depiction of the circumstances surrounding the tragic death of her daughter and Prince Philip’s beloved sister, Princess Cecilie, who died in a 1937 plane crash on her way from Germany to London.

“Disappointed is a very tame word to use,” the historian says of invented events that make Philip responsible for Cecilie’s death. “I was deeply, deeply shocked by that.”

Vickers says it’s clear what they were trying to do dramatically. In order to suggest that Prince Charles was sent to Gordonstoun boarding school to be tormented because his father hated him, they needed to invent a reason for the same to have been the case with Prince Philip’s father as a tidy generational parallel.

“So they cook up a scene where (Philip) punches a boy, which he didn’t, has his half-term cancelled, which it wasn’t,” Vickers explains, “so he didn’t go to Darmstadt, which he wouldn’t have done in any case. Therefore his sister, who apparently doesn’t like flying —hello, that’s new to me — decides at the last minute to fly over to England, when she was in reality coming anyway to a family wedding.” Sadly, in both fact and fiction, Cecilie’s plane hit a chimney and the whole family on board was killed, so the historian especially takes issue that blame was fabricated as a plot device around such a devastating true event.

“Prince Philip’s archivist said it was the most awful thing that happened,” Vickers explains of what he writes in the book, “because he minded particularly that his sister was pregnant at the time and the baby was actually born during the trauma and died during the accident. So to then have the fictional version of Prince Philip’s father saying, ‘It’s because of you, boy, that we’re burying my favourite child’ is completely monstrous.”

Finding the Intersection of History and Artistic Licence

At the same time Vickers is careful to distinguish between major fictions and the more legitimate inventions of acceptable artistic licence. He’s been a historical adviser himself, with firsthand insight into the process from working on the Judi Dench movie Victoria & Abdul, advising Madonna on her Wallis and Edward drama W.E. and, notably, working on The King’s Speech, Tom Hooper’s Oscar-winning movie about King George VI attempting to overcome his stammer. In that project, Vickers recalls when George V is dying, Queen Mary curtsies to Edward VIII and kisses his hand to show he is the new king. “Even if it didn’t really happen, that’s a brilliant way to move the story on,” Vickers says. “And I appreciate that you have to do that sometimes.”

Historical advisers can flag larger discrepancies in the script, too, but aren’t always heeded.

“When Stephen Frears was making Victoria & Abdul, I pointed out that you can’t have Sir Henry Ponsonby arranging the Diamond Jubilee in 1897 when he died in 1895,” Vickers recalls. “But in the end, very apologetically, he went ahead.”

It’s worth remembering that quibbling about such historical details isn’t a battle between biographers for ownership of their subject. The Crown creator Peter Morgan, after all, is a writer, not a historian. And over the decades there have been many movies and series that imagine — with varying degrees of skill, accuracy and insight — the goings-on in the royal household (of these, Vickers singles out the 1978 British drama series Edward and Mrs. Simpson as well done).

Can Historical Fact Compete With a Great Production Budget?

What makes The Crown more problematic in its misinformation is perhaps, in a word, budget.

Vickers even offers praise for some of the top-notch actors and supporting performances. “Though I greatly dispute the character of the Duke of Windsor as portrayed – given Shakespearian lines and things – but gosh, Alex Jennings is very good as him! And also Charles Dance as (Louis) Mountbatten. And I’d even go so far as to say Erin Doherty, who plays Princess Anne, plays her in an incredibly feisty, brilliant and entertaining way.”

He’s less enthusiastic, however, about Olivia Colman’s take on Queen Elizabeth. “As you know, she has got rather a cheeky smile, so I think in order to disguise it she plays the Queen rather sullen. And the Queen isn’t like that at all,” he opines, adding that on the whole people haven’t warmed to her portrayal of the Queen. “Claire Foy wasn’t sullen. She was reserved.”

Vickers, though, has serious reservations around some of the subject matter the show portrays.

“Perhaps I’m old-fashioned,” he says, “but I’m surprised that some of the things they did were not considered to be libellous, frankly. Any other family would have sued these people out of existence. But the Royal Family cannot, and will not, sue.”