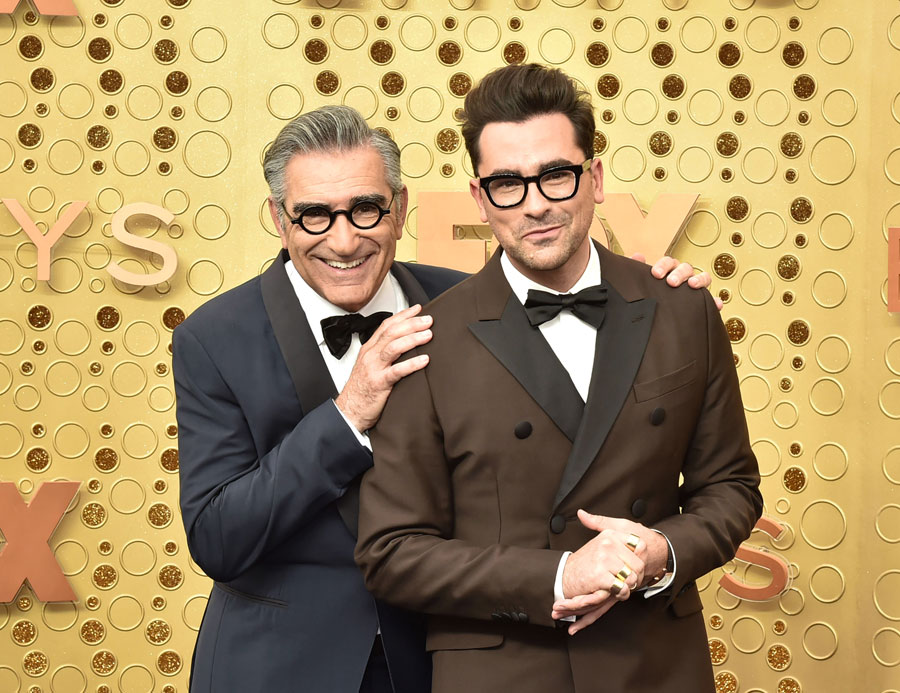 The CBC sitcom about a once wealthy family forced to live in a small town they purchased as a joke is the brainchild of Daniel Levy, who pitched the idea to his father, Eugene Levy, with the idea that they’d star alongside one another.

The exercise has proven fruitful, with the father-and-son duo each earning a nomination for best lead actor for the second year in a row, while on-screen mother-daughter duo Catherine O’Hara and Annie Murphy are both nominated for best lead actress.

The series, which is in its sixth and final season, has also enjoyed popularity south of the border on Pop TV, where it first launched simultaneously with CBC and was subsequently picked up by Netflix in 2017. That exposure led to a nomination for outstanding comedy series at the 2019 Emmy Awards.

Anne With an E, which was cancelled last year, also came out on top with a total of 16 nominations, including best drama series, best direction and best writing. Those potential accolades may ring hallow for fans who fought to keep the show alive with an online petition that garnered more than 30,000 signatures.

The series, which offered an updated take on the Canadian classic Anne of Green Gables, aired its third and final season on CBC last year.

In the film categories, Montreal-based Sophie Deraspe’s Antigone is up for seven nominations including best motion picture, while The Song of Names received nine.

The Canadian Screen Awards gala will be broadcast on CBC from Toronto on Sunday, March 29, with the majority of awards being handed out earlier that week.