It’s About Time: ‘The Bachelor’ to Give Seniors a Chance at Love on Spinoff Show 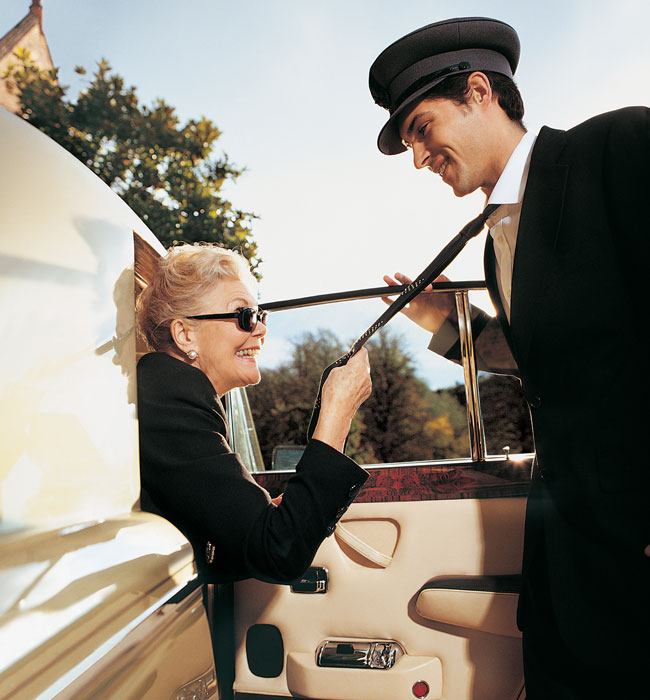 The Bachelor is going grey. The producers of the long-running reality-TV series are creating a spinoff for seniors that will hopefully do away with its famously banal dialogue and hormone-fuelled histrionics. Let’s assume it will retain my favourite part, the cringe-inducing introductions on the mansion steps where hopefuls trot out ridiculously over-the-top ploys to get the first-impression rose.

“#Bachelornation, give us your Grumpiest Old Men, give us your Goldenest Girls,” ABC executive Robert Mills tweeted, prompting one fan to suggest they film it in Boca Raton, Fla., a haven for retirees.

The new show was announced in a casting call screened at the end of Monday’s episode of The Bachelor, where three 20-something women who all look the same are vying for an engagement ring from 28-year-old pilot Peter Weber.

The big drama revolved around Madison Prewett, who pulled Pilot Pete aside to tell him she was “saving herself for marriage.” No wonder she freaked out when she learned Weber had slept with the other two finalists in the fantasy suite. This is an end-of-the-show rite of passage where contestants spend what is euphemistically called “one-on-one time” with the bachelor away from the cameras.

That’s obviously not going to be an issue for the 65-plus set, as there is unlikely to be a virgin among them. And if there is, that’s a red flag for sure.

Weber’s healthy libido was revealed when previous Bachelorette Hannah Brown admitted to having sex with him four times in one night on their fantasy-suite date in a Greek windmill before cutting him loose for her first choice, Jed Wyatt.

The only way that is going to happen on the new show is if they stock Viagra and Astroglide in the rooms. Can you imagine what a fantasy suite for seniors looks like? Maybe it will have a wall-to-wall library and a fireplace because in my mind’s eye I see a greying, square-jawed man reading William Butler Yeats to a woman with a white pixie cut, wearing a peignoir, carefully arranged on a rose velvet-covered settee in front of a roaring fire.

“When you are old and grey and full of sleep/ And nodding by the fire, take down this book/ And slowly read, and dream of the soft look/ Your eyes had once, and of their shadows deep.”

For sure, it will have separate bedrooms because even if greying bachelors and bachelorettes make out, the wisdom of the ages proves sleeping alone is better for your beauty sleep.

Then there’s the question of demographics, because it’s a fact that men die younger than women, and that means by age 65 the pool of available males is kiddie-sized. The only way this is going to work is if the show is always about one bachelor looking for love among a billion single women.

No doubt the producers will be deluged with applications from the silver set, but only Richard Gere and Helen Mirren lookalikes need apply. Just as the millennial version features contestants who look like they stepped from the pages of Sports Illustrated, you can bet your saggy bottom the boomer edition is going to be just as beautiful.

The casting call asks a whole slew of personal questions of hopefuls, including hair and eye colour, height and weight, occupation and salary and, my favourite, “Have you ever had a temporary restraining ordered issued against someone or had one issued against you?” They also want to know about your tattoos, “special talents” and social media profiles. Sadly, only U.S. residents can apply.

It makes you wonder how they screen contestants for The Bachelor and The Bachelorette, which always feature one or two off-the-wall characters who specialize in Sturm und Drang.

This season’s hopefuls included Kelsey Weier, the former Miss Iowa described as a “professional clothier,” who absolutely lost it when front-runner Hannah Ann Sluss accidentally popped the cork on a special bottle of champagne Weier brought to share with Weber. After the pilot gallantly ordered up a replacement to mollify her, she sprayed it in her face as she drank from the bottle. Champagne-gate has become a meme that Weier will never live down.

Watch the champagne gaffe below

Where the youngs offer up tidbits of their relatively brief, personal biographies – it’s a shocker when one has a child or is a widow or has lost a parent – it’s safe to say the lives lived by the olds will be far more dramatic and interesting. I can’t wait for the first contestant who admits to dropping acid at Woodstock or marrying four times or begs the bachelor not to make her laugh too hard for fear she will pee her pants.

I’m also counting on distinguished boomers to banish “like” from all conversations, drop the vocal fry and ditch the crotch-baring evening wear.

If Bachelor-watching virgins want an exaggerated idea of what I’m talking about, watch the hilarious Saturday Night Live spoof where the narrator intones: “One very bland man, 25 long-haired women. Who will he choose to be his bride?”

Even if you’re not a fan, you must tune in to the first episode, where limos full of contestants pull up outside the bachelor mansion and disgorge their sparkly cargo. In an effort to outshine the others, you will see a spectacle that, in the past, has included entrances from a dolphin-loving woman who unknowingly wore a shark costume, someone who tried to do a back handspring in an evening gown and fell on her face and an equestrian who rode in on a horse.

Bring on the toupees and the body shapers, the Botox and the veneered teeth because the retirees are ready to rock the mansion.