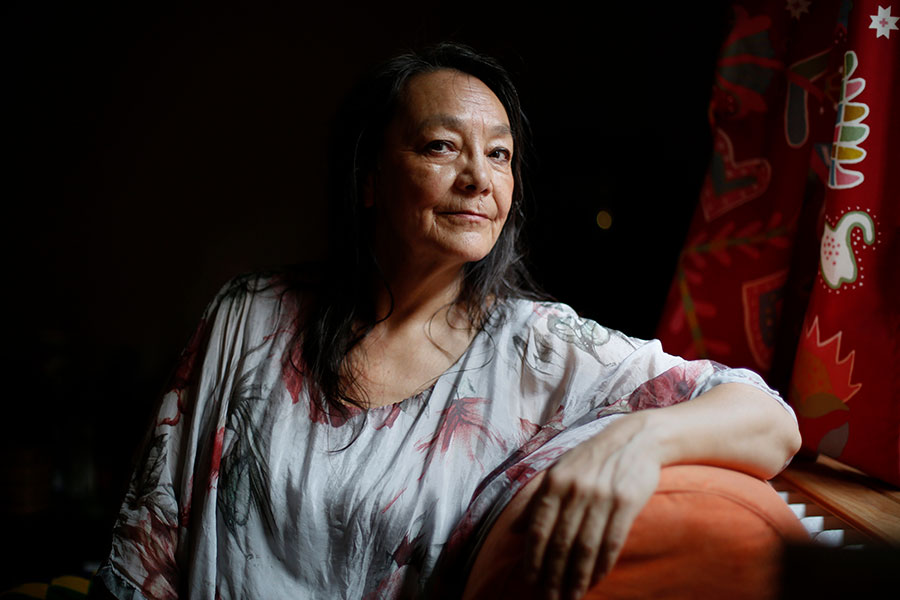 Throughout a career spanning nearly 50 year, Tantoo Cardinal has made it her mission to bring indigenous stories to the forefront. Photo: Marta Iwanek/Toronto Star/Getty Images

The awards, announced Thursday, “recognize artists for their outstanding body of work and enduring contribution to the performing arts in Canada.”

Enduring is a fitting word to describe Cardinal’s career. It took the Fort McMurray native, who appeared in films like Dances With Wolves and Legends of the Fall , 48 years to land her first starring role in a feature film with Falls Around Her.

“The only way that I’ve been able to survive is that there’s been bits of hope all along the way and the absolute confidence and the assurance in my own inner world that our ancestors have not been seen yet by this society,” Cardinal told Zoomer magazine of the long wait in a 2018 interview.

Falls Around Her, which was directed by Anishinaabe director Darlene Naponse, also represented a significant moment in the actor’s quest to tell Indigenous stories, a lifelong mission that she hopes contributes to positive change for Indigenous communities around the world.

“I have chosen my path from where I hope to be able to make some change,” she tells the GGPAA. “It’s tied into what I completely believe in: the stream of life force and salvaging enough of our stories and ceremonies to start building again. I see it as a responsibility.”

She’s also a Member of the Order of Canada and has accumulated a number of accolades over her career, including the Earle Grey Award for lifetime achievement and the Birks Diamond Women in Film Award.

Meanwhile, Catherine O’Hara is on a roll. In addition to Thursday’s announcement, the Toronto native was recently nominated for a Canadian Screen Award for Best Actress, giving her a chance to earn the award for the fifth straight year.

The 65-year-old got her start in sketch and improv comedy at Toronto’s The Second City, which later sparked the creation of sketch comedy show SCTV, for which she earned an Emmy Award for outstanding writing.

O’Hara says she owes much of her success to her time on the sketch comedy show.

“I learned writing, scene structure, character development … everything I’m still tapping into, and I was fortunate enough to meet all those wonderful, talented people with whom I still get to work,” O’Hara told the GGPAA.

Another notable Canadian actor, Vancouver native Ryan Reynolds, will receive the National Arts Centre Award, which recognizes work by an artist or company in the past performance year.

Reynolds’ big-screen credits include The Proposal and Green Lantern, but his turn as the self-deprecating, raunchy anti-hero in the blockbuster hit Deadpool has been his most popular. The dark comedy, where Reynolds often breaks the fourth wall, has achieved impressive financial and critical success.

The 2020 laureates will be honoured at three events in Ottawa, culminating in the Governor General’s Performing Arts Awards Gala at the National Arts Centre on April 25.