James Taylor on His New Album and Canadian Tour 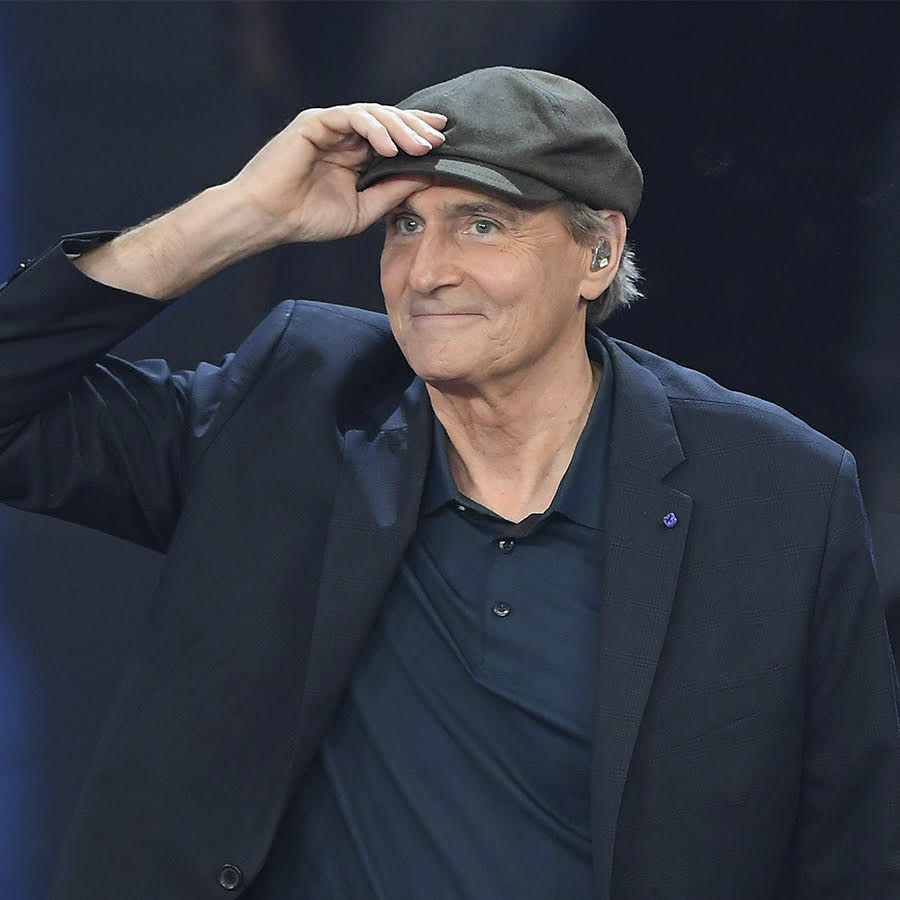 Ahead of his April Canadian tour, James Taylor will drop his 19th studio album, American Standard, a collection of some of the 20th century's most cherished tunes. Photo: Claudio Onorati/EPA-EFE/Shutterstock

We begin with small talk about the weather.

“Is it cold there today?” the man on the phone asks. He’s calling from Boston, and I’m in Toronto.

“Right,” he replies knowingly. “I wonder if that’s coming our way, too. Often it does.”

It’s not the sort of exchange you expect from a five-time Grammy-winning Rock and Roll Hall of Famer who has sold more than 100 million albums. But then again, James Taylor didn’t make a career out of being the loudest or the brashest or the craziest rocker in the room.

Instead, like fellow music legend and contemporary Paul Simon, the 71-year-old largely carved his legacy by wracking up a roster of folk rock hits — some, like “Fire and Rain,” he wrote while others, like Marvin Gaye’s “How Sweet It Is (To be Loved by You), he covered — crooning softly in a style that became wholly his own.

Of course, that’s not to say that it’s been easy. Struggles with everything from drug abuse to mental health issues threatened to derail his life and career from its earliest days — some of which he chronicles in his recent audiobook memoir Break Shot: My First 21 Years.

But James Taylor always manages to push forward, in life and in art. Rather than coast late in life on a wave of greatest hits releases, for example, the singer-songwriter continually tests his creative mettle. In 2015, he topped the charts for the first time in his career with the album Before This World, knocking pop superstar Taylor Swift — whose parents named her after him — out of the top spot on the Billboard 200.

And before he embarks on an April Canadian tour with fellow music great Bonnie Raitt, Taylor drops his 19th studio album, American Standard, a collection of covers of some of the 20th century’s most cherished tunes, from “Moon River” to the South Pacific song “You’ve Got to be Carefully Taught” to the Billie Holiday/ Arthur Herzog Jr. classic “God Bless the Child” — an ode of sorts to the tunes that form the musical foundation of his life.

MIKE CRISOLAGO: Tell me about American Standard and these songs that helped inspire your musical vocation.

JAMES TAYLOR: We put a lot of work into this thing. It’s an album of my guitar arrangements of these songs, some of which I’ve had since I first picked up the guitar. I played these songs that were part of my musical memory — actually the sort of foundation of my musical life. So I’ve had these arrangements for a long time and I really wanted to make a guitar album, essentially.

MC: How much did recording and arranging these songs bring you back to your childhood?

JT: I follow the song from Oklahoma (“The Surrey With the Fringe on Top”) back to listening to it as a kid, singing as a kid. And, you know, I grew up in a place in a time and I often think [of] my Canadian friends like Joni Mitchell and Neil Young. And I may be totally off on this but I think that empty time — relatively undistracted time, time to get bored — was so essential to developing our art. And growing up in North Carolina in the woods without a lot to do, the weekends were just a sort of empty time. Life today is so distracted for young people and so cut up into little pieces that there’s almost no time for those long thoughts. And I, rightly or wrongly, always associated my experience of growing up in the margins, in the woods, in North Carolina with what it was like for Joni to be in Saskatoon. MC: On this album, you take on timeless classics like “My Blue Heaven,” which is almost 100 years old. What kind of pressure does that put on you to give a new spin to these songs?

JT: I’ve done a number of covers of other people’s songs over time. If you listen to my version of “Handy Man” or “How Sweet It Is” or “Up on the Roof,” just the process of adapting them to my guitar style and my sort of musical vocabulary means that we come at the song from a different direction. And you can never hope to do better than the original “How Sweet It Is” by Marvin Gaye, but you can come at it from another angle and have a version of it that is sort of justified.

MC: At this stage of your career, whether you’re writing songs or covering them, where does your creative inspiration come from? And does it differ from earlier in your career?

JT: The beginning of it is that you just have this real urge to express yourself and to get your music out there and to be heard. That wanes a little bit with time, but what takes its place is you build a kind of experience [that] gives you a technique. You get better at it, and your motivation is more in the craft of it and just applying and exercising your musical choices. So in the beginning, it feels like lightning strikes and, as time goes by, it feels more like a familiar process that you’re basically comfortable working in.

MC: Between nabbing your first career No. 1 album in 2015, the American Standard album, your tour of Canada and the U.S. beginning in April and your new audio book, how does it feel to have such momentum at this point in your career?

JT: Well, I’m just really amazed by it. The general reaction is gratitude that I’ve been extremely lucky to survive and to continue to be able to play for an audience. And the other thing is I have this musical community that’s like my family that I tour with, and it’s the best band in the land. So that also is one of the things that maintains it, that we can continue to roll. It’s great.

MC: What are some favourite memories of touring Canada from throughout your career?

JT: I remember playing Massey Hall in Toronto earlier in my career and when we did our sound check, I thought, “How are we gonna fill this place?” You know, it was a great reception. And the Canadian audience can catch whatever you pitch. They’re sophisticated. It’s like playing in Europe. As listeners, they’re used to a lot, so it’s been good. My manager now is from Vancouver, and that’s meant that we have much better access to touring in Canada and having that focus … I love my Canadian audience.