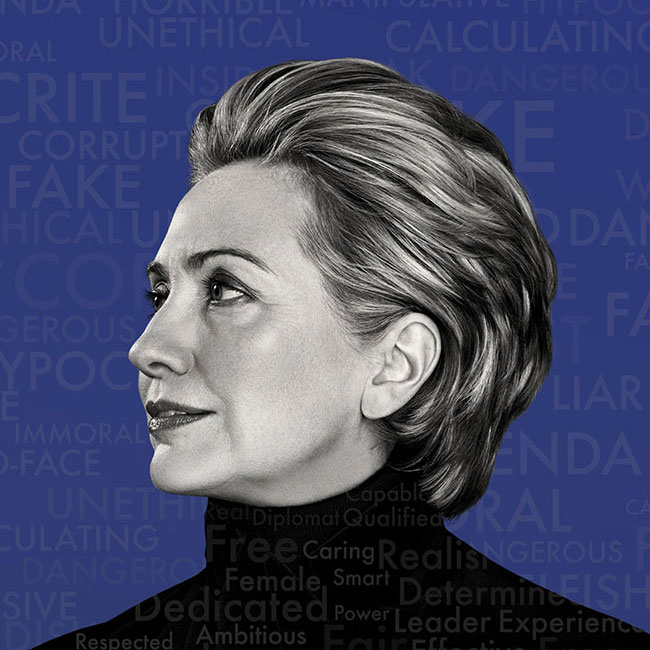 Hillary, a documentary series that recounts the life of Clinton and her contributions to feminist culture, is now available to stream on Netflix. Photo: Hulu

51: Years since Hillary gave her Wellesley College grad speech, an idealistic volley of words that garnered her enough attention to get a spread in Life magazine as one of the proxies of a new generation and constituted her first (but, hey, certainly not last) brush with fame.

40: Years since Hillary took her husband’s name, having stubbornly clung to Rodham during much of the ’70s, a fact controversial enough in Arkansas that some blamed it, in part, for Bill losing political ground, at which point his lawyer-bride surrendered, effectively defusing the attacks.

28: Years since Hillary, in an overly candid moment (possibly her last?), caused a Zeitgeist-deep firestorm when — right smack in the middle of Bill’s race for president — she told a reporter: “I suppose I could have stayed home and baked cookies and had teas, but I decided to fulfill my profession.”

22: Years since Bill, Hillary, Chelsea and dog Buddy departed the White House lawn for a vacation in Martha’s Vineyard — their daughter literally holding her parents together in one of the most famous pics taken of the Clintons, particularly since it came the day after Bubba ’fessed up to an improper relationship with Monica Lewinsky (an era-defining scandal that made a martyr out of the First Lady and eventually led her to dipping her own feet into political waters as a U.S. senator, and, eventually, as Secretary of State).

4: Years (nearly) since Hillary — the first and only woman nominated by a major party in America’s 240-year history — lost the presidency to one Donald Trump in one of the most stunning upsets in modern political history (notwithstanding three million more popular votes).

The numbers that make a life and the digits that tell the story: they are all there in an epic four-part Hillary docu-series that had its premiere at the Sundance Film Festival last January and is available now on Netflix Canada. All of which adds up, in my opinion, to what is your essential coronavirus binge in this time of self-isolation streaming. There might be no end of things to watch, for sure, as content is as endless as the time on our hands, but this doc — absorbing, inspiring, at times even rueful — is the only one that contends as counter-programming in this moment of daily Trump news conferences.

Watch the trailer for Hillary below

While 45 does his usual thing in this time of global crisis, dousing us with a circus act in which he continues to give us a mélange of happy talk, head fakes and press beatings (all after he spent months calling the virus a hoax and dismantled the White House pandemic office early on in his term), here comes the ultimate reminder of What Could Have Been. Hillary the planner. Hillary the perpetual pragmatist. Hillary, if nothing else, the wonk.

Director Nanette Burstein, who previously lensed the Robert Evans documentary The Kid Stays in the Picture (one of the all-time best documentaries in my book), sat down with her latest subject — the most admired and vilified woman in all of American history — for 35 hours. From that, she conjured up a non-linear film style in which she shuffles back and forth between the past and the present, using history to cue up more recent moments and employing the events of recent years to line up with older flashpoints. From Whitewater and her headbands to Benghazi and her “emails,” it is all here, although what the film excels at, for sure, is telling: it not only expounds on the bio of Hillary, but doubles as a general herstory of the last five decades.

Being a woman in politics? Heck, being a woman in anything? The most telling moment is when, in the second episode, we get a close-up of Hillary, now a grandmother of three, enduring hair and makeup, two people going at her with brushes, eyeliner, lipstick. Right on cue, she tells the filmmaker that she estimates she spent about 600 hours doing this during her presidential campaign, and, having done the math, it amounts to 25 days in hair and makeup.

Men in her position, of course, face no expectation of doing the same and, right on cue, we are then taken to a moment from the last round of Democratic primaries — one of the many fly-on-the-wall moments in the film — in which a shambling Bernie Sanders appears on screen, asking Hillary for advice on whether he should keep his jacket buttoned or unbuttoned before they take the stage at an event. “You could start buttoned,” she suggests, a dash of exasperation in her voice. “Then, when you get wound up, you can unbutton.”

Whether you see her as Lady Macbeth in a pantsuit or as a transformational figure leading that first wave of women who joined the workforce in droves, the sexism cannot be negated. The docu-series drives that home in any number of ways, including showing the image rummaged up of Hillary being burned in actual effigy in Kentucky when she was trying to lead the crusade for health care while in the White House.

One of the most compelling voices in this series to this point? It comes from former Clinton adviser Cheryl Mills. “It’s no surprise to me that the first break in the barrier of white male presidents was a Black male,” Mills, who is Black, argues at one point, referring to the tight grip that misogyny has on the culture. This because Obama was “still what we’re used to seeing: men lead, men are strong and men champion the issues for this country.”

Continuing on, Mills muses: “I don’t know that we’re ever ready for the person who has to blaze the trail. We’re ready for the people who come after them, because somebody else has created enough space for them to not have to shrink to fit. Instead, there’s plenty of room for them to walk in all their glory. And for her, she was at the tip of the spear.”

Part of that legacy? That now-iconic speech that Hillary made a quarter of a century ago at the World Conference on Women in Beijing during which she uttered the off-quoted line: “Women’s rights are human rights, and human rights are women’s rights.” The tick-tock on how the speech came to be and the reaction to it  is probably one of the most fascinating moments in the whole doc. Possibly my favourite part.

Watch the iconic speech below

A running theme in the series — possibly related — is the extent to which Hillary was so scrutinized early on that it became a second instinct to become overly cautious, and how worrying about optics can also consume you. How that righteousness can also blind you, as one talking head puts it. Likewise, how a classmate of hers from Yale Law School says: “Every time she tried to break the script … she winds up being criticized, so she stops. It is like a flower that keeps on closing down until after a while you appear packaged.”

She gets it, though. All too self-aware about some of her weaknesses, Hillary has a telling moment in the series, when her adviser Philippe Reines excitably describes a favourable poll. “Only five per cent say they hate you! Woo-hoo!” he tells her.

Only in America: Making Sense of Donald Trump’s Political Ascent