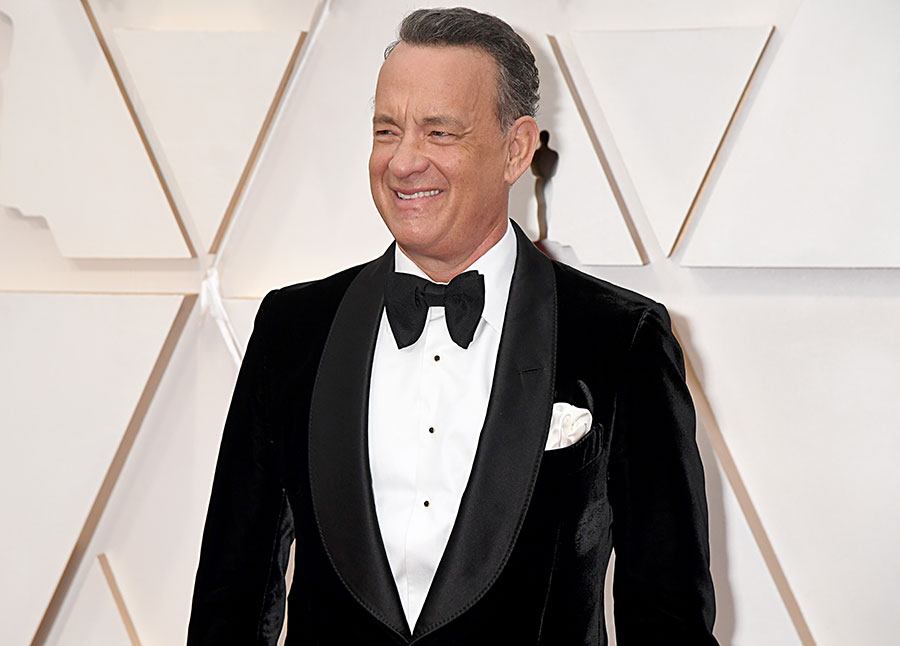 “Your letter made my wife and I feel so wonderful!” Hanks writes in a letter to an 8-year-old boy who reached out to him when he was quarantined in Australia. Photo: Jeff Kravitz/FilmMagic/Getty Images

An eight-year-old Australian boy named Corona who, has been bullied since the start of the COVID-19 pandemic, has a famous friend — and pen pal — in Tom Hanks.

Corona wrote Hanks, 63, a letter when the actor and his wife, Rita Wilson, also 63, tested positive for the coronavirus in March in Queensland, Australia, where they spent more than two weeks in quarantine.

“I heard on the news you and your wife had caught the coronavirus,” the boy, who knew Hanks from his role as Woody in Toy Story, wrote. “Are you OK?”

He added that he loved his name but was being called “coronavirus” at school.

“I get very sad and angry when people call me this,” he wrote.

Hanks, who received the letter after he and Wilson returned to the U.S., wrote the young fan back, beginning: “Dear Friend Corona, Your letter made my wife and I feel so wonderful!”

The actor added that, “Even though I was back in the USA already — and all healthy… getting your letter made me feel even better. Thank you for being such a good friend — friends make their friends feel good when they’re down.”

Touching on the young boy’s name in the letter, Hanks seemingly harkened back to his 2019 role as Mr. Rogers in A Beautiful Day in the Neighbourhood and the television host’s endearing mantra: “you are special.”

“You know, you are the only person I’ve ever known to have the name Corona – like the ring around the sun, a crown,” the two-time Oscar winner wrote.

Along with the letter, Hanks sent the boy a Corona-brand typewriter from L.C. Smith and Corona Inc. — a typewriter manufacturer established in 1926 —  which he had used during his time in quarantine on the Golden Coast in Australia. The actor famously collects vintage typewriters (he owns more than 100) and, in 2017,  published his first book, Uncommon Type, a collection of short stories that each involves a typewriter. “I thought this typewriter would suit you,” he explained. “Ask a grown-up how it works. And use it to write me back.”

The selfless act is in line with Hanks’ image — as dubbed by Esquire — as “America’s Dad.” The publication cited films like the Cold War thriller Bridge of Spies, where he’s “driven by a need to be a good example to his kids back home,” to Extremely Loud and Incredibly Close, about the September 11th attacks, in which “he came to stand in for the many fathers who lost their lives at the World Trade Center,” to Saving Mr. Banks, the 2013 film where he plays the ultimate father figure — Walt Disney, “a doting father who just wished to keep the promise he’d made his daughters: to produce a Mary Poppins movie.”

And, of course, the moniker incorporates his off-screen persona, in which the real-life father of four embraces the goofy side of his “dad-ness” by, for example, rapping on a talk show. “The actor,” Esquire concludes, “has become the textbook definition of Dad.”

Even Saturday Night Live’s first at home broadcast over video conference called on Hanks, the host of the episode, to deliver some paternal comfort.

“You are gonna be fine,” he said in a monologue playing on his title of ‘America’s dad.’ ”Remember when you went through that Depression? This is nothing! You’re just growing up, and you’re in an awkward phase.”

For young Corona, however, the most important thing, it seems, is that he made a friend.

Hanks ended his letter with the hand-written, “P.S. You got a friend in Me!” — a reference to Toy Story.

“I almost feel like I’m famous,” Corona told 9News after receiving the letter and gift. “He said I’m a friend of him.”