Netflix Is Thriving in Social Isolation, But Will Its Success Continue Post-Coronavirus? 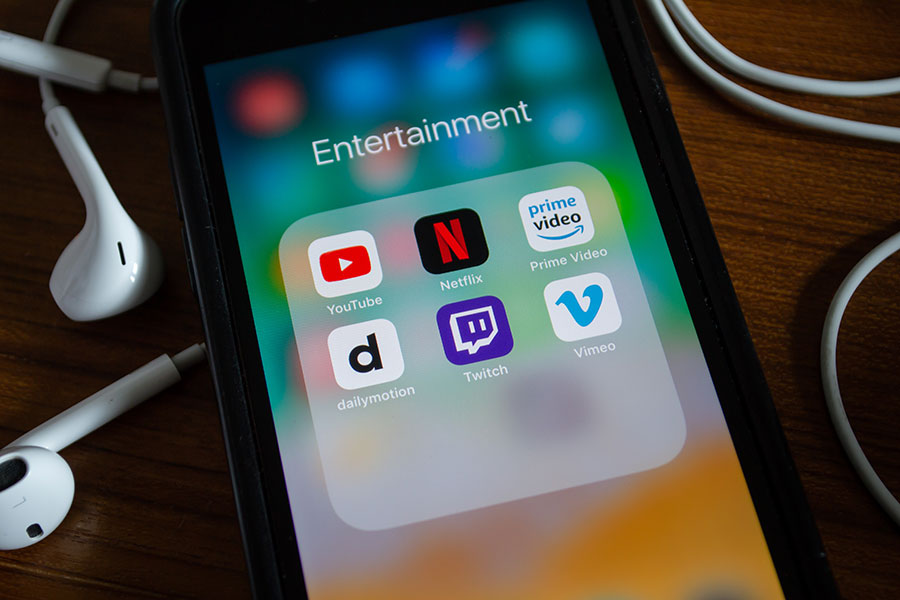 Once consumers emerge from isolation, Netflix will return to a highly competitive market with streaming services such as Amazon Prime and Disney+ threatening its livelihood. Photo: Wachiwit/Getty Images

The coronavirus pandemic has been good business for Netflix: the video streaming service has added more than 15 million new subscribers so far this year. From an investing perspective, Netflix always surprises. Either the company’s quarterly results turn out to disappoint or amaze — rarely do they stay within expectations.

Netflix stocks have soared since the beginning of the pandemic as people practising self-isolation have turned to their TVs for comfort, but fell when the latest results were announced because the growth didn’t fully meet expectations. Will the company’s economic performance continue in the post-pandemic age?

Netflix pioneered the subscription-based video streaming business model. For a fixed monthly fee, subscribers get a virtual smorgasbord of content — Hollywood, Bollywood, Nollywood and dozens of Netflix’s own productions.

Subscribers can search particular movies or just browse through individually tailored recommendations based on their prior viewing habits. Having such a diverse choice of shows may be good for viewers, but it’s not economically efficient from a business perspective.

The subscription model requires Netflix to buy and produce a wide range of movies and TV series, many of which may be of no interest to a majority of viewers. The larger the range of movies, the less efficient the service.

In contrast, pay-by-view models provided by companies like Apple through its iTunes store require customers to make a clear decision about whether they want to see the movie before renting or purchasing it. More popular movies may be more expensive, less popular movies could be free or viewed for a small fee. This model is efficient for viewers: you only pay for what you consume and your choices are likely to be better informed.

Both business models have pros and cons. Many viewers enjoy consuming a variety of movies from all over the world, often on an ad-hoc basis. This kind of explorative viewing is encouraged by subscription-based models and less likely when you pay by view.

However, when rival models co-exist in a competitive industry, the more efficient business models tend to win. The market fails first on the production side. When production companies try to acquire financing for new ventures, financiers are more attracted to movies or TV shows that are similar to what’s currently popular. As a result, current genres will be strengthened while diversity loses.

Must appeal to niche audiences

This is less of an issue for subscription-based services that need to satisfy viewers with diverse tastes and preferences. This is the world of Netflix. It’s a complicated world because Netflix needs to have shows that appeal to wide audiences, but it must also offer a range of niche programs.

Netflix has about 167 million viewers, and a large portion of the new subscribers this year have come from viewers outside of North America. Building a global audience is a crucial factor for Netflix to remain successful. Different regions have different preferences, so internationalization is an advantage for Netflix because of its diverse choice of content.

This diversity aspect changes the game between subscription-based models and pay-by-view models. What may be a niche movie in one region of the world may be mainstream in another.

Pay-by-view models are unlikely to build such a diverse portfolio, so production companies may still be encouraged to distribute their work via Netflix. For example, the TV series Designated Survivor was cancelled after two seasons on ABC. Netflix picked it up for a third season and then offered viewers a Korean version of the show.

HBO Max, a new subscription-based streaming service that will offer access to the many great HBO shows from the past as well as new content, is launching in the United States in May.  It joins a crowded market of Netflix competitors like Amazon Prime, Disney+ and Apple TV+. To keep ahead of the competition, Netflix has “burned through billions of dollars and has seen its long-term debt quadruple since 2015. It’s difficult to say whether Netflix will end up being the standard of TV watching for generations to come. This will mainly depend on how good they are in fighting the competition in different markets with better productions.

While we don’t know whether Netflix will win the game, the TV world is likely to remain more diverse and affordable for viewers.

This is a corrected version of a story originally published April 26, 2020. The earlier story incorrectly stated that most of Netflix’s viewers were based in North America.

Felix Arndt is the John F. Wood Chair in Entrepreneurship at the University of Guelph

COVID-19: Predictions From Canada’s Top Expert on Aging and Immunity