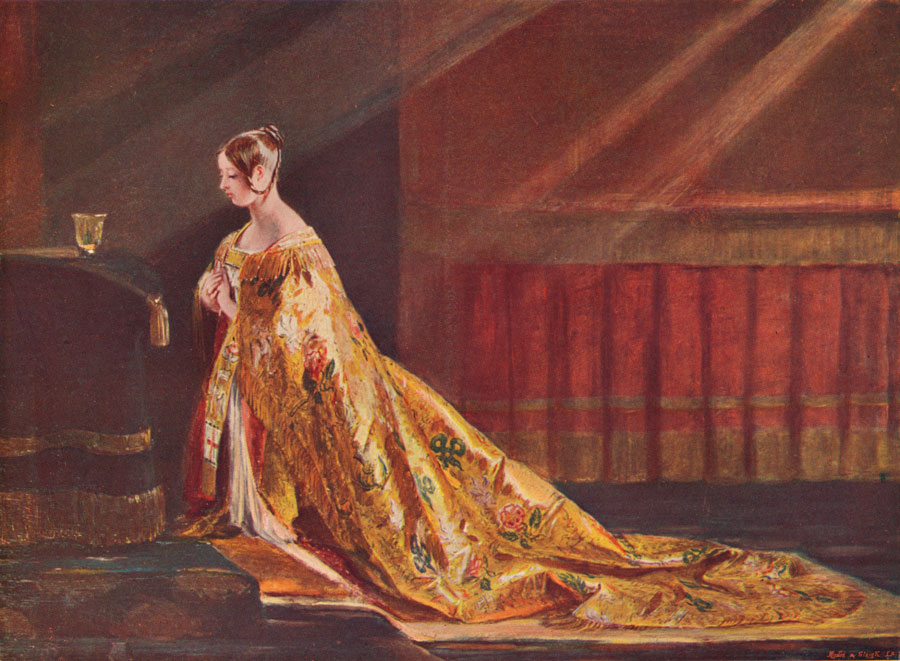 At 6 a.m. on June 20, 1837, an 18-year-old Victoria was roused from her sleep and told that her 71-year-old uncle, King William IV, had died during the early morning hours of an apparent heart attack. Victoria was now — quite suddenly — Queen of England.

When Victoria was born in 1819, there had been little chance of her ever becoming the ruler of an empire. As the only child of King George III’s fourth son, Edward, the Duke of Kent, Victoria was a distant fifth in line to the throne. However, following a series of unfortunate events including the deaths of her father, his brothers and their legitimate heirs, the young princess abruptly found herself as William IV’s closest surviving relative.

When Victoria took the throne, few would ever have guessed that the inexperienced, diminutive royal (she stood at only 4’11”) would rule for as long as she did — 63 years and 216 days, to be exact. She remained Britain’s longest-reigning monarch until her great-great-granddaughter, Queen Elizabeth II, surpassed her during her Sapphire Jubilee in February 2017.

Victoria, an avid diarist, meticulously chronicled the ups and downs of her reign, most of which is now public record. She wrote about her wedding day, the (at least) six assassination attempts on her life and the sometimes mundane day-to-day routines that made up her life as England’s most powerful figure.

But what about some of the lesser-known facts of Victoria’s long reign?

We dig up a few of the more intriguing stories… Victoria and Albert on their wedding day. Photo: Public Domain

As queen, Victoria was the one who had to propose to her desired suitor, Prince Albert of Saxe-Coburg and Gotha — which she did on October 15, 1839. As she later wrote in her diary: “At about 1/2 p.12, I sent for Albert. He came to the Closet where I was alone, and after a few minutes I said to him, that I thought he must be aware why I wished them to come here, and that it would make me too happy if he would consent to what I wished (to marry me); we embraced each other over and over again, and he was so kind, so affectionate…I really felt it was the happiest, brightest moment in my life.”

Although Victoria wasn’t the first royal to wear white at her wedding, her choice of dress was considered usual at at time when colourful (usually red) silk satin gowns were more the norm. When she wed Albert on February 10, 1840, her dress had Honiton lace, which boosted the popularity of lace-making across Europe. After the wedding, white came to symbolize wealth and social status. 2. Her favourite drink was a wine called Vin Mariani…

…and one of its main ingredients was cocaine. The drink originally contained 6 mg of cocaine per ounce of wine, but was later upped to 7.2 mg to compete with the higher cocaine content of similar drinks exported from the United States. Ads for Vin Mariani claimed it would restore strength, energy and vitality. Apparently, Victoria agreed.

3. She was known as “the grandmother of Europe”

During her 21-year marriage to Albert, the couple had nine children who were later scattered throughout Europe as part of advantageous marriages to other monarchs in an effort to improve international relations. Victoria and Albert’s children married royals from Germany, Russia, Greece, Romania, Spain, Sweden and Norway. She had 42 grandchildren, three of whom were the First World War royals: Kaiser Wilhelm (Germany), Tsarina Alexandra (Russia) and King George V (Britain). 4. Victoria — and many of her descendants — had hemophilia

Once known as the “Royal disease”, hemophilia plagued Victoria and some of her closest relatives. A rare, inherited blood clotting disorder, hemophilia’s first recorded occurrence reared its head in the royal family after the death of Victoria’s 30-year-old son, Prince Leopold, in 1884. He was the fourth son and eighth child of Victoria and Albert and he died shortly after a fall down a flight of stairs in France. He passed away the following morning of cerebral hemorrhage. Victoria, in the years after Albert’s death. Photo: Public Domain

5. After Prince Albert’s death, Victoria only wore black for the rest of her life

After her husband’s sudden death from typhoid on December 14, 1861, Victoria went into a “perpetual state of mourning.” Following Albert’s passing at age 42, she stepped out of the public eye and wasn’t seen again by her subjects until the early 1870s.

“Have been unable to write my journal since the day my beloved one left us, and with what a heavy broken heart I enter on a new year without him!” she later wrote. “My dreadful and overwhelming calamity gives me so much to do, that I must henceforth merely keep notes of my sad and solitary life. This day last year found us so perfectly happy and now!!…All these recollections were pouring in on my mind in an overpowering manner. Felt as if living in a dreadful dream.”

Typical convention dictated that two years was an acceptable amount of time in which to shroud oneself in black and mourn the death of a spouse — but by all accounts Victoria never recovered from the shock of Albert’s death. In an attempt to comfort herself, Victoria lovingly laid out Albert’s clothes for him each morning, as she’d once done for him when he was alive. Despite widespread concern from her councillors, Victoria continued to don black for the next 40 years — until her own death in 1901. 6. In Quebec, Victoria Day goes by an entirely different name…

Although Victoria Day was first declared a holiday in 1845 in honour of her birthday, it wasn’t until Victoria’s 1901 death that it became an official federal statutory holiday. However, due to its monarchist nature, the holiday has come to be known as National Patriots Day (previously called Fête de Dollard, after Adam Dollard, a French hero and garrison commander of the fort of Ville-Marie — present day Montreal — who led a force against the Iroquois in 1660). According to former Premier of Quebec, Bernard Landry, the holiday was instated and renamed in 2003, “to underline the importance of the struggle of the patriots of 1837–1838 for the national recognition of our people, for its political liberty and to obtain a democratic system of government.”

Pomp & Circumstance: Exploring The U.K. One Afternoon Tea at a Time