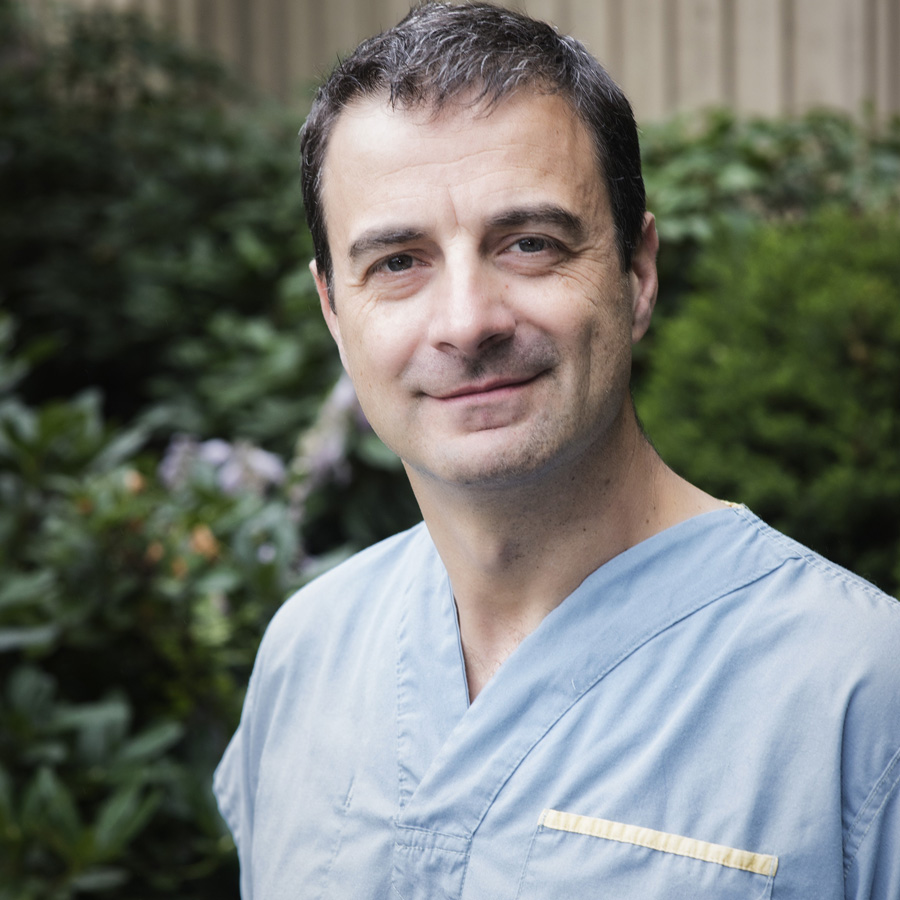 For many authors, the COVID-19 pandemic affords them extra time to put pen to paper and work on their next tome. Author Dr. Daniel Kalla, however, has had his hands full working on the front lines of the pandemic, helping to manage the crisis response at St. Paul’s Hospital in Vancouver.

Kalla is an international, bestselling scribe with 11 medical-themed thrillers to his name, including his latest, The Last High, which dropped this week.  He says Vancouver has been “so relatively lucky” compared to the case levels of COVID-19 in other areas of Canada. “March and early April was just crazy [in Vancouver],” he says in a telephone interview. “So life — it’s not normal, but I’m not overwhelmed like I was about a month ago.”

Of course, the 54-year-old knows a thing or two about pandemics. Two of his previous novels — Pandemic (2003) and last year’s We All Fall Down — both dealt with deadly viruses. The former focused on a more lethal SARS-like virus that spread from animals to humans in China, while the latter revolved around a recurrence of the Black Death — causing some fans to dub Kalla “prophetic.” But the author dismisses that notion.

“With the pandemic, I compare it to predicting that there’ll be a bad earthquake somewhere, or a bad tidal wave. Of course there will be — it’s just when and where is it going to happen?” he says. “We should always be preparing because we don’t know if it will be another year after COVID with the next one, or another 200 years. But it’s pretty hard to prepare, as we’ve discovered, once it’s upon us.”

That’s not to say, however, that researching and writing fiction about pandemics didn’t help Kalla in managing the real thing.

“Yeah, [it] helped and hurt at the same time because it scared me,” he laughs, noting that, while it was easy to predict a pandemic, you never quite expect it to hit. “But it did also put me in that mental place that I tried to go through [with] these mental exercises of what it would be like and how you would deal with it and how you try to protect your family when you’re having to face it on the front lines. And so I think, yeah, in a way it did prepare me for that.”

The Last High and the Next Public Health Crisis

Like pandemics, The Last High centres on another health-related threat that has the potential to explode across Canada — the opioid crisis. In 2016, the author’s home province of British Columbia officially declared the crisis a public health emergency while the Canadian government estimates there have been more than 9,000 apparent opioid-related deaths since 2016, with 94 per cent happening by accident.

In The Last High, a detective teams up with a Vancouver doctor to hunt down the supplier of a particularly lethal batch of the opioid fentanyl. For the book, Kalla drew on his 20 years of frontline work dealing with the opioid crisis in Vancouver, noting, “this is something I am more expert on than anything I’ve ever written about before.”

To learn the ins and outs of the criminal side of the fentanyl trade, he turned to a friend who’s spent decades working undercover in the drug world for details and stories. “Many of his anecdotes I basically stole and dressed up a little bit,” he explains. “And so, if anything, the book is more about the criminal negligence, the criminal greed and just the multifactorial criminal evil that’s involved in the distribution and propagation of the fentanyl crisis.”

Kalla also believes opioids have something in common with pandemics because they pose a widespread public health threat. He notes that, while the opioid crisis “doesn’t have the global societal implications from a death toll [of COVID-19], it has the same implications in years of lost life because the victims are so young. It’s even worse in many respects.”

And his concern is backed by Canadian government data, which shows Canadians aged 15-24 “are the fastest-growing population requiring hospital care from opioid overdoses.”

“It’s a story that I think honestly could happen tomorrow,” he says. “The quality control is non-existent in these street labs where they cook up these fake oxies, the tablets that they sell as fentanyl.”

He warns that, “as bad as it is, with just a couple of things going wrong it could be that much worse. And you could see just an onslaught of death,” adding that in his book he compares it to the water supply being poisoned. “There’s been episodic incidents of that across North America and Europe, but I just think this is the constant risk that’s out there.”

The good news is that Kalla believes some of the strategies we’ve learned during the battle with COVID-19 could help in tackling the opioid crisis. The pandemic illustrated how we can overcome public health crises “with talented people putting a lot of thought and resources into solving a problem … And obviously we can’t do this all the time and we can’t shut society down, but we can sure put the right emphasis and effort into it and then we can really make a difference.”

He also hopes his novel will help remove some of the stigma surrounding opioid victims, explaining that “they’re not all hardcore addicts by any means, but hardcore addicts don’t end up there by their choosing.” He points to the genetic inheritability of addiction and how “wrong choices lead people to devastating outcomes,” adding that he’d like to “see people recognize addiction more for a medical illness than a lifestyle or a criminal lifestyle.”

Kalla also hopes readers recognize the opioid crisis isn’t restricted to certain areas or populations but, rather, like a virus, can affect anyone. “And particularly teenagers and experimental teenagers and kids in their twenties — there’s been so many examples of people dying after their first time using opioids or not even realizing they got opioids and dying … Anybody’s at risk.”

And in the same vein of awareness and understanding, Kalla remains hopeful that society will take some important lessons from the COVID-19 pandemic and emerge stronger for it.

“I’ve written about the Black Death, I’ve written about the Spanish flu and I’m sort of a bit of a history buff when it comes to pandemics,” he says. “The Black Death led to the Renaissance. So many things happened — obviously horrible death – but some good came of it. And I’m kind of expecting some good is going to come of this too. I’m kind of hoping a kinder, gentler, less materialistic society might come out of this one.”

Kalla is less optimistic, however, that his experience on the front lines of COVID-19 will inspire him to write yet another pandemic-themed book anytime soon.

“No, I think I’m done with it for right now,” he laughs, adding that he’s tired of talking about COVID-19. “I’d rather tackle other things. And The Last High’s a good example of an issue that’s important … I think there’s so many other things that we need to turn our attention to and be aware of and raise awareness about. So I don’t think it’s going to be another [pandemic book].”

The Last High is available now.

Wisdom of the Ages: ER Doctor/Author Daniel Kalla Tackles the Impact of the Black Death in New Novel

The Fight Against Opioid Abuse Among Baby Boomers