9 Books to Add to Your Patio Season Reading List 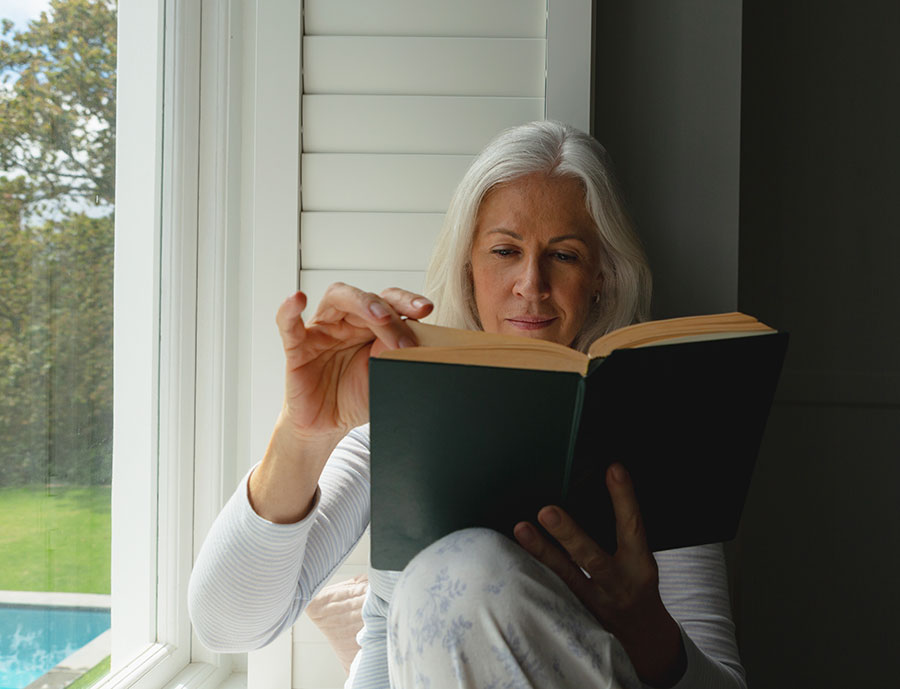 After 20 years of writing adventures for her chic Parisian P.I. Aimée Leduc, New York Times bestselling crime novelist Cara Black, 68, set aside her acclaimed contemporary crime series to write her first stand-alone novel: a spy thriller that satisfies her obsession with the Second World War and the history of Occupation-era France. Over years of research trips for her long-running series, a story idea emerged as she scoured French flea markets for vintage maps and period photographs, and Black kept a separate journal for anecdotes told to her by older Parisians. The result is Three Hours in Paris, an atmospheric cat-and-mouse tale about a female sniper’s attempt to assassinate Adolf Hitler during his June 1940 visit to the City of Light. As any Francophile knows, whether it’s modern investigations or harrowing historical footnotes, Paris is always a good idea. Another of the season’s buzziest books has been likened to Major Pettigrew’s Last Stand, the bestselling comedy about an unlikely relationship that grows, in spite of busybodies and racial prejudice, between denizens of a small British town. Canadian debut novelist Natalie Jenner’s The Jane Austen Society is a fictional retelling of the English villagers who worked together in the 1940s to preserve Austen’s legacy and final home. Beloved author Sue Monk Kidd (The Secret Life of Bees) goes back many more centuries in her historical novel The Book of Longings to reimagine Jesus of Nazareth as a married minister and political radical. An added twist: it’s told from the point of view of his wife. Back in the present day, a trio of “coming-of-old” stories – which celebrate the transformative power of late-in-life friendship – feature women who cope with sudden devastating loss and grief. In It’s Not All Downhill From Here, Terry McMillan (How Stella Got Her Groove Back) chronicles the wit and honesty that helps a tight-knit group of friends embrace the hard realities of aging, while for novelist Julia Alvarez, it’s the complex bonds of family that offer solace and renewal in Afterlife. Similarly, Beth Morrey’s heroine is a prickly widow who, at 79 and with the help of an unruly dog, gets a second chance in The Love Story of Missy Carmichael. In the case of literary sensation Ottessa Moshfegh’s genre-bending Death in Her Hands, a cryptic note found by an elderly widow out walking her dog sets off a psychological mystery. When Madeleine Albright, 82, left her post nearly 20 years ago, America’s first female secretary of state quipped she didn’t want to “be remembered” because she still had a lot of living to do. Her latest memoir Hell and Other Destinations is a refreshingly blunt reflection on the lessons she has learned in that remarkable third act. Jim Carrey, 58, is more coy in his semi-autobiographical novel Memoirs and Misinformation. The Canadian actor and comedian both promises and warns about his genre-defying read: “None of this is real, and all of it is true.”

A version of this article appeared in the May/June issue on p. 14.