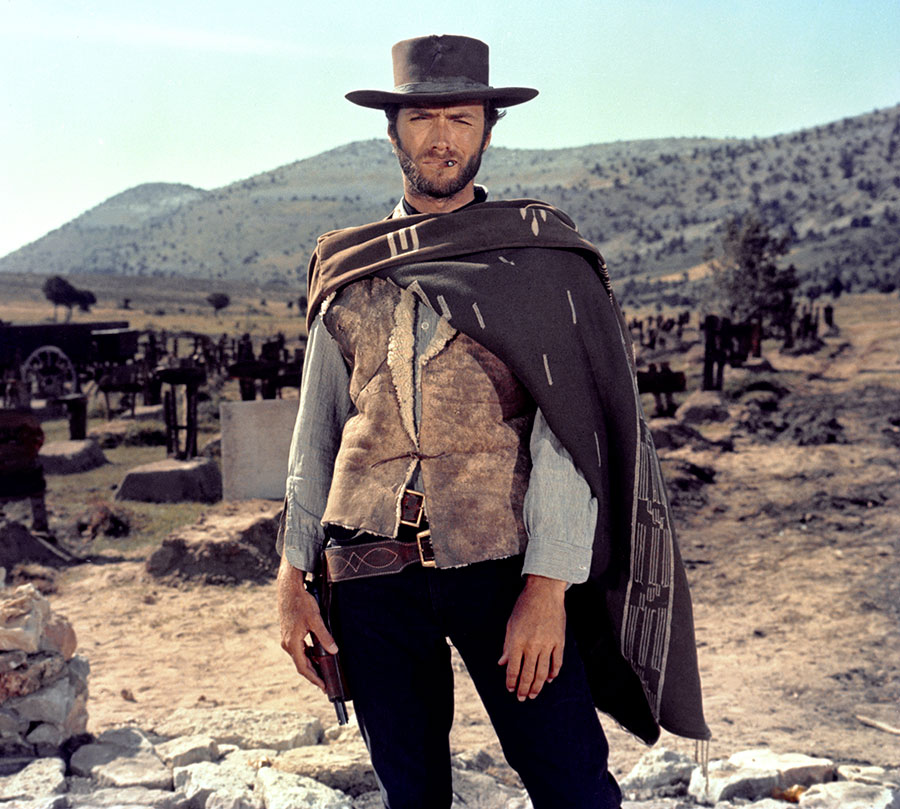 From surviving a plane crash to almost playing Superman to his Hollywood legacy, Clint Eastwood has packed a lot into his 90 years. Photo: United Artists/Sunset Boulevard/Corbis via Getty Images

Clint Eastwood turns 90 on May 31, but don’t expect him to break a sweat over it. The silver screen legend plays it cool when considering aging, as he explained in a 2015 interview.

Eastwood went on to declare, “Aging can be fun if you lay back and enjoy it,” which the actor has done for years. He began acting in the 1950s and went on to star in classics like Sergio Leone’s Dollars trilogy, the Dirty Harry films, Pale Rider and Escape From Alcatraz. But he actually won his first two Oscars at age 62 for the film Unforgiven — Best Director and Best Picture — and was nominated for a third, Best Actor. Since then he has won another two Oscars (again for Best Director and Best Picture for 2004’s Million Dollar Baby) and enjoyed further late-career success in front of and behind the camera with films like Gran Torino, Letters From Iwo Jima and American Sniper.

But while most of Eastwood’s life has played out in the public spotlight, some of the most fascinating moments happened off-camera.

Clint Eastwood is a big star and a big personality, so it’s no surprise that he came into the world a big baby as well. According to the actor himself, he weighed eight pounds at birth, and some reports suggest that hospital nurses nicknamed him “Samson.”

“That was me: a big, fat guy,” the actor quipped in a 2008 interview. “I was the biggest baby born at the St. Francis Hospital [in San Francisco] at that particular time. My mother overate, I guess.”

2.  Li’l Clint Had Quite the Imagination

The Guardian noted that Eastwood’s mother revealed her son had imaginary friends as a kid and attributed them to leading to his eventual foray into acting.

In 1951, while serving in the army, Eastwood, then 21, was a passenger in a military plane that crashed in the ocean around California.

“Everything went wrong,” he once explained. “Radios went out. Oxygen ran out. And finally we ran out of fuel up around Point Reyes, Calif., and went in the ocean. So we went swimming. It was late October, November. Very cold water. [I] found out many years later that it was a white shark breeding ground but I’m glad I didn’t know that at the time or I’d have just died.”

Eastwood and the pilot made it to shore on life rafts.

4. Eastwood’s All About a Healthy Lifestyle …

In 1959, long before fad diets and fitness trends, Eastwood spoke with TV Guide and offered up his thoughts on staying healthy. The actor, who famously hates smoking, expressed his belief that one should “always eat plenty of fruit, vegetables and vitamins and always avoid drinking excess alcohol.”

5. And That Healthy Lifestyle Goes Beyond His Diet

Eastwood is also a proponent of finding inner peace through transcendental meditation. Having practised it for nearly 50 years, he told Esquire in 2009, “It just gives you a chance to gather your thoughts. I’m religious about it when I’m working.”

When pressed to explain how it works for him, he explained, “I visualize whole sequences in the morning before I go … Meditation with me was just a self-reliant thing.” He added, however, “I don’t go out and sell it. A lot of other people find meaning some other way, screaming in the street or whatever it is that gets it for you.”

Everyone knows the actor is a huge music buff from studying it in school to performing on soundtracks for some of his own films. He even co-wrote the Diana Krall song “Why Should I Care?” But in 1963, while appearing on the hit TV series Rawhide, he released the album Rawhide’s Clint Eastwood Sings Cowboy Favorites, which you can listen to below.

7. He Could Have Been Superman and James Bond and Almost Missed Out on Playing Dirty Harry

Imagine Clint Eastwood dressed in Superman’s red and blue tights instead of Christopher Reeve. It doesn’t feel like the right fit, does it? Evidently Eastwood felt the same, which is why he turned down the role when it was offered to him.

“I can remember — and this was many years ago — when [Warner Bros. president] Frank Wells came to me about doing Superman,” he told the Los Angeles Times. “I was like, ‘Superman? Nah, nah, that’s not for me. Not that there’s anything wrong with it. It’s for somebody but not me.”

In the same interview he explained that he also had the opportunity to star as 007.

“I was also offered pretty good money to do James Bond … This was after Sean Connery left … But to me, well, that was somebody else’s gig. That’s Sean’s deal. It didn’t feel right for me to be doing it.”

As difficult as it is to picture Eastwood as the very British 007 or as Superman, it’s even harder to imagine Frank Sinatra as Dirty Harry — arguably Eastwood’s most famous role. But it almost happened, as Eastwood explained in a 2008 interview with MTV.

“I guess they tried to get a lot of people for it. They tried Frank Sinatra and Robert Mitchum and Steve McQueen. Then they finally ended up with Frank Sinatra,” he recalled. “I was in postproduction [on Play Misty for Me], and they called up and asked, ‘Are you still interested in Dirty Harry?’ I said, ‘What happened to Frank Sinatra?’ And they said, ‘Frank Sinatra’s got some problem with his hand, and he can’t hold a gun.’ That sounded like a pretty lame excuse, but it didn’t matter to me. I said, ‘I’ll do it.’”

8. “Did You Hear the One About the Cowboy Who’s Allergic to Horses?”

It sounds like a setup to a punch line, but it’s true — Clint Eastwood, one of Hollywood’s most famous cowboys, is actually allergic to horses. No wonder he always looked so annoyed while traversing the Wild West.

9. Eastwood Is Almost as Prolific Behind the Camera as He Is in Front of It

We all know that Eastwood has got a knack for directing to say the least — he has won two Oscars for it, after all — but it’s easy to forget that he’s been taking charge behind the camera since 1971’s Play Misty for Me. But all told, as of this writing, Eastwood has directed 39 feature films, more than famed contemporaries like Martin Scorsese, Steven Spielberg, Ridley Scott, Francis Ford Coppola and George Lucas.