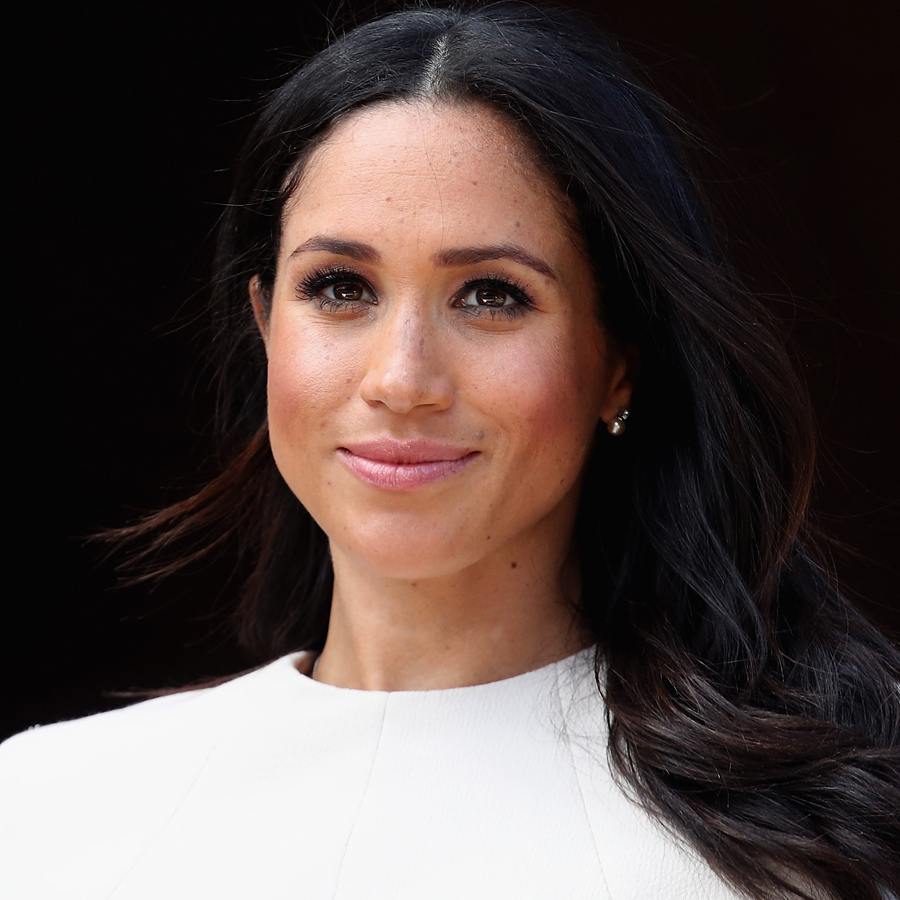 Meghan Markle spoke via video call about the George Floyd protests and Black Lives Matter to the graduating class of her former high school on Wednesday. Photo: Chris Jackson/Getty Images

“We’re going to rebuild and rebuild and rebuild until it is rebuilt. Because when the foundation is broken, so are we.” Those impassioned words served as a core part of the heartfelt message Meghan Markle delivered to the graduating class of her alma mater, Immaculate Heart High School, in Los Angeles on Wednesday (see video below).

The Duchess of Sussex spoke via a surprise video message, addressing the ongoing protests over the death of George Floyd and police brutality against African-Americans and recalling her own experiences in Los Angeles during the 1992 riots following the beating of Rodney King.

Markle, who moved back to Los Angeles with Prince Harry and their son, Archie, in March, noted that she had wanted to address the graduating class for a few weeks but, given the social unrest in the city and across the country, she wasn’t sure what she could say.

She went on to recall her own tenure at Immaculate Heart and how, when she was 15, one teacher expressed a sentiment to her that has stuck with her ever since, including during the ongoing protests: “Always remember to put others’ needs above your own fears.”

Markle also recalled being “11 or 12 years old” during the 1992 Los Angeles riots, triggered by the brutal police beating of African-American Rodney King and how she was in a car hurrying home because of the city’s curfew.

She went on to say, “I can’t imagine that 17 or 18 years old, which is how old you are now, that you would have to have a different version of that same type of experience. That’s something that you should have an understanding of but an understanding of as a history lesson, not as your reality.”

Markle apologized that “you have to grow up in a world where this is still present” and that “we have not gotten the world to the place that you deserve it to be” but added that the other thing she remembered from those riots and what she’s seeing again today “is how people came together.

“I also know that there’s a way for us to reframe this for you and to not see this as the end of something but instead to see this as the beginning of you harnessing all of the work, all the values, all the skills that you have, that you have embodied over the last four years, and now you channel that. Now all of that work gets activated. Now you get to be part of rebuilding. And I know sometimes people say ‘How many times do we need to rebuild?’ Well, you know, we’re going to rebuild and rebuild and rebuild until it is rebuilt. Because when the foundation is broken, so are we.”

She concluded by noting that the graduating class — most of whom are 18 or turning 18 soon — also have the power to affect change by voting.

Markle, of course, has endured racism throughout her life — most publicly after she started dating Prince Harry. In 2016, before the couple were engaged, Kensington Palace released a statement on behalf of Prince Harry condemning the media for “the wave of abuse and harassment … the smear on the front page of a national newspaper; the racial undertones of comment pieces; and the outright sexism and racism of social media trolls and web article comments.”

And although the marriage of the biracial Markle into the Royal Family seemed to herald a new era of race relations — and with the wedding ceremony paying tribute to the African-American culture in several ways — racialized coverage of the duchess remained rampant throughout the British press and was part of the reason that the couple stepped away as senior working royals. Of particular note was the slant of press coverage criticizing Markle for the same things they approved of Prince William’s white wife, Kate Middleton, doing. That includes headlines saying that the avocado, which Markle loves is “linked to human rights abuse and drought, millennial shame” while praising avocado as a morning sickness cure for Middleton, as well approving of William and Kate’s decision to spend Christmas away from the Royal Family and then trashing Harry and Meghan for doing the same.

And in a video from a 2012 Erase the Hate campaign that resurfaced yesterday, Markle discusses how she’s biracial and that she remembers her mother, Doria Ragland, being called the N-word. She added, “Most people can’t tell what I’m mixed with, and so much of my life has felt like being a fly on the wall. And so, some of the slurs that I’ve heard or the really offensive jokes or the names, it’s just hit me in a really strong way.”

Following the release of her speech to the graduating class, Harper’s Bazaar’s Omid Scobie, who spent countless hours with the couple and co-authored the upcoming biography, Finding Freedom: Harry and Meghan and the Making of a Modern Royal, quoted a source close to them as saying, “This is something that is incredibly personal to Meghan, especially given everything she has experienced. And as a couple, it is, of course, very important. They are both feeling it, just like the rest of us.”

Scobie’s story added that the Sussexes “have been quietly having meetings behind the scenes with people on all levels to make sure they are educated and connected to the issues of police brutality and the Black Lives Matter movement.”