On Hattie McDaniel’s Birthday, ‘Gone With the Wind’ Temporarily Pulled From HBO Max 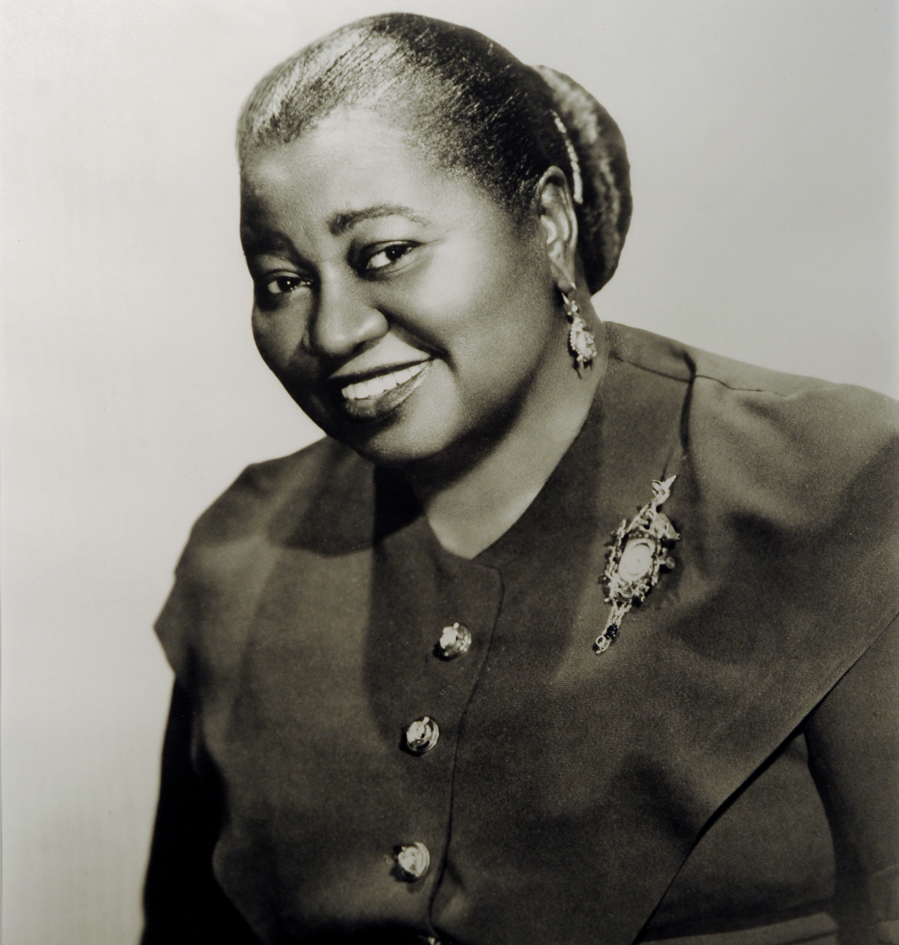 Streaming service HBO Max announced it would temporarily pull 'Gone With the Wind' and eventually bring it back with discussion about the racial and ethnic stereotypes the film perpetuates. Photo: Tracy A Woodward/The Washington Post via Getty Images

Today, June 10, marks Hattie McDaniel’s 125th birthday (or 127th, depending on which source you check), so there’s a sense of poetic justice in the fact that the new Warner Bros. subscription streaming service HBO Max announced that they’re temporarily pulling the 1939 film Gone With the Wind — for which McDaniel won the Best Supporting Actress Oscar, becoming the first African-American person to win an Academy Award.

The move by HBO Max comes after Oscar-winning 12 Years a Slave screenwriter John Ridley penned an op-ed in the Los Angeles Times on Tuesday asking for the temporary removal and calling the movie, which is set on a Georgia cotton plantation during the American Civil War, “a film that glorifies the antebellum south. It is a film that, when it is not ignoring the horrors of slavery, pauses only to perpetuate some of the most painful stereotypes of people of color.”

Ridley goes on to add that the film, “Romanticizes the Confederacy in a way that continues to give legitimacy to the notion that the secessionist movement was something more or better or more noble than what it was — a bloody insurrection to maintain the ‘right’ to own, sell and buy human beings.” He also notes that, while the film starred some of Hollywood’s brightest stars — including Clark Gable, Vivien Leigh and Olivia de Havilland alongside McDaniel — it also sentimentalizes “a history that never was. And it continues to give cover to those who falsely claim that clinging to the iconography of the plantation era is a matter of ‘heritage, not hate.’”

Ridley specified that he does not believe in censorship or that the film “should be relegated to a vault in Burbank.” Instead, he suggested, “after a respectful amount of time has passed,” he’d like to see the film “re-introduced to the HBO Max platform along with other films that give a more broad-based and complete picture of what slavery and the Confederacy truly were.” He also offered the idea of seeing the film “paired with conversations about narratives and why it’s important to have many voices sharing stories from different perspectives rather than merely those reinforcing the views of the prevailing culture.” In addition, he pointed out that the film doesn’t even currently contain a warning or disclaimer.

In response to the op-ed, a rep for HBO told The Hollywood Reporter, “Gone With the Wind is a product of its time and depicts some of the ethnic and racial prejudices that have, unfortunately, been commonplace in American society,” adding that “these racist depictions were wrong then and are wrong today, and we felt that to keep this title up without an explanation and a denouncement of those depictions would be irresponsible.” The rep confirmed that the film will return to HBO Max “with a discussion of its historical context and a denouncement of those very depictions but will be presented as it was originally created because to do otherwise would be the same as claiming these prejudices never existed. If we are to create a more just, equitable and inclusive future, we must first acknowledge and understand our history.”

The decision to temporarily remove Gone With the Wind from HBO Max coincides with ongoing protests demanding racial equality and police reform around the world in the wake of the death of George Floyd, the unarmed African-American man from Minneapolis who died after police officer Derek Chauvin kneeled on the back of his neck for nearly nine minutes. A corporate reckoning has also taken place in the wake of the protests, with various media companies, brands and institutions pledging to make changes in how they acknowledge issues related to race and representation. As well, numerous people in positions of power, from police chiefs to CEOs and heads of major companies, have resigned their posts. And yesterday, the long-running television show Cops, which often celebrated police without showing any negative interactions on their part with the communities they serve, was cancelled ahead of its 33rd season.

The Enduring Problem of Gone With the Wind

Though considered an American cinema classic, criticism of Gone With the Wind is not new. The New York Times notes that, even upon the film’s initial release, “The Daily Worker, a newspaper published by the Communist Party USA, called it ‘an insidious glorification of the slave market’ and the Ku Klux Klan.”

And McDaniel’s Mammy character is often cited as the prevailing example of the historical revisionism of how slaves were treated and interacted with their masters. As Premilla Nadasen, an associate professor of history at Barnard College, Columbia University, wrote, Mammy is “the stereotypical African-American servant who loyally stands by Scarlett through the ups and downs of the Civil War and Reconstruction.” She adds that “Mammy’s refusal to leave the O’Hara family even after she is freed implies contentment with the racial order of the Old South … A hefty woman with her hair wrapped in a handkerchief and draped in her maid’s uniform, she embodies Southern nostalgia for slavery, for compliant and eager-to-please domestic workers.”

And the racial re-write of history doesn’t end when the film’s credits roll. In presenting McDaniel with her historic Oscar, actress Fay Bainter declared that the award “opens the doors of this room, moves back the walls and enables us to embrace the whole of America — an America that we love; an America that, almost alone in the world today, recognizes and pays tribute to those who’ve given their best regardless of creed, race or colour.”

It’s an introduction brimming with irony given the actual Academy Award ceremony was held in Los Angeles’ Ambassador Hotel, at the time a segregated hotel that Gone With the Wind producer David O. Selznick had to pull strings with to get McDaniel in the door that Bainter praised as being open. And once inside, McDaniel was relegated to a table on the other side of the room instead of being invited or allowed to join her white co-stars at their table.

Interestingly, McDaniel herself addressed the criticism directed at her roles and at herself for playing roles many, like the NAACP,  judged to perpetuate stereotypes about African-Americans, in a 1947 article for The Hollywood Reporter. In the piece, she wrote that she has “never apologized for the roles I play” and that “Several times I have persuaded the directors to omit dialect from modern pictures. They readily agreed to the suggestion. I have been told that I have kept alive the stereotype of the Negro servant in the minds of theatre-goers. I believe my critics think the public more naive than it actually is.” She added a comparison to actor Arthur Treacher, who she said, “is indelibly stamped as a Hollywood butler, but I am sure no one would go to his home and expect him to meet them at the door with a napkin across his arm.”

She added that “My own people were especially happy” about her groundbreaking Oscar win. “They felt that in honoring me, Hollywood had honored the entire race.” She said that she wanted the honour to stand as an inspiration for black youth “for many years to come.”

The problems with race representation exemplified in Gone With the Wind continue to echo throughout Hollywood to this day.

In the new Ryan Murphy miniseries Hollywood set in the Golden Age of Hollywood, a young Black actress named Camille Washington (Laura Harrier) is attempting to make it as a serious actress in Tinseltown. But in one film, when playing a maid with the subtlety and character that she beliefs is befitting of the role, the director stops the scene and requests she perform the character in a more stereotypical way. “Just think,” he tells her, “what would Hattie McDaniel do?” Queen Latifah plays Hattie McDaniel in the series.

And in a 2018 interview at the Toronto International Film Festival, actress Viola Davis, who co-starred in the 2011 hit film The Help ­— about a white woman (Emma Stone) chronicling the lives of two black maids who work for white families during the 1960s Civil Rights movement — noted her regret about how the Oscar-nominated film failed to adequately amplify the voices of the Black characters.

“I just felt that at the end of the day that it wasn’t the voices of the maids that were heard,” she explained to the New York Times. “I know Aibileen [Davis’s character]. I know Minny [played by Octavia Spencer, who won the Best Supporting Actress Oscar for the role]. They’re my grandma. They’re my mom. And I know that if you do a movie where the whole premise is I want to know what it feels like to work for white people and to bring up children in 1963, I want to hear how you really feel about it. I never heard that in the course of the movie.”

Ironically, amid the ongoing protests over George Floyd’s death, The Help has actually become one of the most watched films on Netflix, causing many on social media to decry the surge in viewership.

Vanity Fair noted the backlash and wrote, “Watching The Help to understand racism is about as useful as, say, watching The Help to understand racism,” adding that the plot “hinges on the actions of an archetypal white saviour.” They also pointed out that Aibilene Cooper, who Davis’s character is based on, filed a lawsuit against the author of the book that the film is based on for using her likeness without permission. She also called the depiction of the character based on her “embarrassing.”

Hollywood’s (Not So) Black and White Race Debate