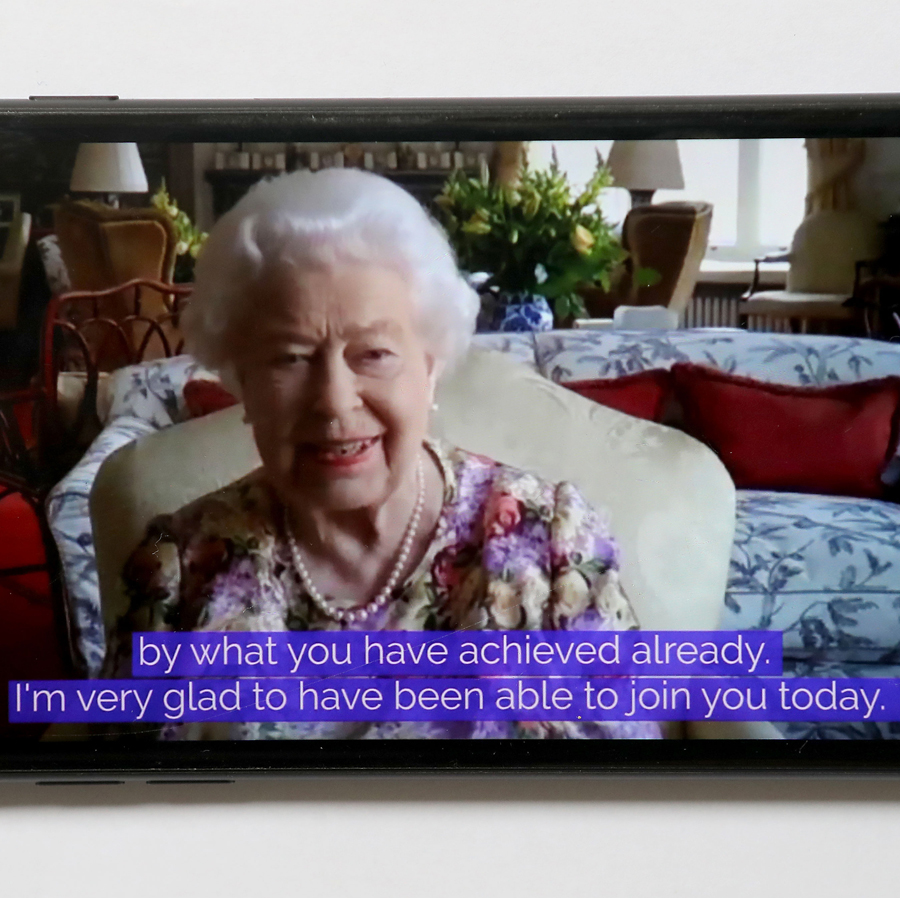 How do you prepare for a Zoom meeting with the Queen? Do you dress formally? Should you bow to the webcam? And what happens if your child/pet/partner wanders into the background and does something silly to embarrass you during a royal audience?

These are all questions that need attending to because, as of last week, Queen Elizabeth II is officially on Zoom.

In video released yesterday, Her Majesty is shown taking part in a Zoom call to mark the U.K.’s Carers Week, which celebrates and honours unpaid caregivers taking care of loved ones. The Queen, 94, appeared on the call from the Oak Room at Windsor Castle, where she and Prince Philip — who turned 99 on Wednesday — are isolating during the global COVID-19 pandemic. Her daughter, Princess Anne, 69, the President of the Carers Trust, also joined the call, along with the organization’s Chief Executive, Gareth Howells, and four caregivers who discussed their experiences. Harper’s Bazaar identified the four by their first names: Alexandra, Amna, Mary, and Nadia.

A clip released to the public, which you can watch below, shows the Queen dressed in a floral print and pearls and telling the group that it was, “interesting listening to all your tales and stories and I’m very impressed by what you have achieved already. I’m very glad to have been able to join you today.”

One of the callers, Alexandra Atkins, 24, spoke to the Associated Press about the Zoom call and said that, “What was really nice was that, while you could tell she had never done that kind of call for work before, she really took it in her stride.”

The Queen, of course, is no stranger to technology. Just last year she joined Instagram, and now Zoom opens a world of possibilities — from digitally bestowing knighthoods and damehoods to virtual royal proclamations, the Associated Press story does note that the Queen, “was last to join the call and the first to leave — one piece of royal protocol that Buckingham Palace opted to preserve.”